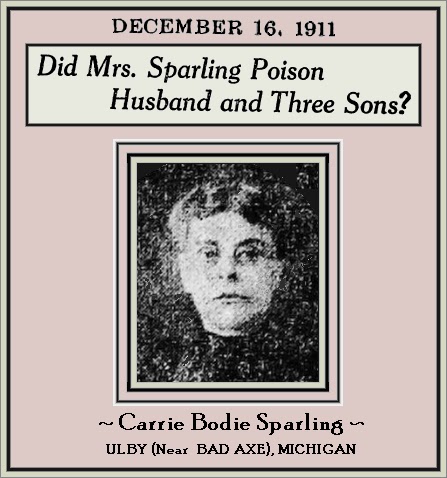 In the end, Mrs. Sparling went free. But Dr. Robert A. McGregor was convicted of murdering Cyril Sparling. She had received insurance payments after the deaths of her husband and two older sons. In 1914, after charges were dropped against her for playing a role in the murder of Cyril, Carrie Sparling submitted a claim for an insurance payment on a policy she had taken out on is life.

FULL TEXT (Article 1 of 5): Ubly, Mich., Nov. 22.— Dr. R. A. McGregor, the family physician and Margaret Gibbs, a professional nurse, who has been staying at the Sparling home since the death of Cyril Sparling last August, were arrested and taken to jail, following the coroner's inquest, over the body of Albert Sparling today.

The verdict given out by the coroner's jury was that all three brothers, Peter, Albert and Cyril, met death by arsenic poisoning. Mrs. Carrie Boddy [sic] Sparling the mother, was not detained.

Sparling was the third of a family of four men who died within two years, under circumstances startlingly similar to the deaths of the relatives of Louise Vermilya, the Chicago poison suspect. He died last May.

The first death was that of John W. Sparling, husband and father, who died in July, 1909. Peter, the oldest boy, died just one year later. Then came Albert's death, and last August Cyril, the youngest son, died.

In each case, the disease of which the men died, it is alleged, baffled physicians in attendance, but the symptoms were similar in each instance. The suspicions of the authorities were aroused by the fourth death the mysterious chain of fatalities.

Mrs. Carrie Sparling, mother and wife, realized $4,000 from the four deaths it is said. The police claim this was motive for the crime. 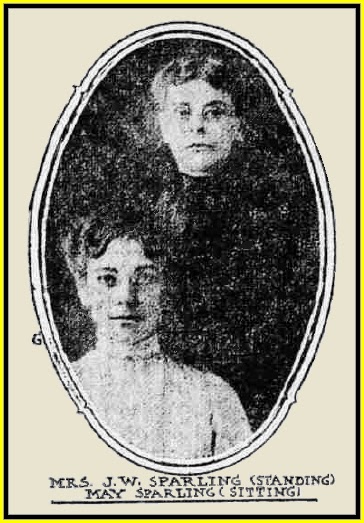 FULL TEXT (Article 2 of 5): Bad Axe, Mich., Dec. 15 – The mother of Cyril Sparling, for whose death by poison Dr. Robert A. McGregor of Ubly, was held today to the circuit court on a charge of murder, will be served with a warrant tomorrow charging her with poisoning her son, it was announced by Sheriff Donald McAuley of Huron. A nurse charged with being an accessory after the fact was held at the conclusion of a preliminary examination made sensational by the testimony of Sheriff McAuley, the last witness for the prosecution.

McAuley, said that the inquest to determine the cause of Cyril Sparling’s death, Dr. McGregor asked him if the authorities were going to exhume the bodies of the other Sparlings. Four members of the family, three sons and the father, died of a suspicious element.

”’If you do,’ said Dr. McGregor to me,” continued Sheriff McAuley, “I know you will find poison. If you fellows will take up Albert Sparling and find arsenic in him. I know of a man who can make Mrs. Sparling confess.’

”McGregor answered I would have to look in the glass to find him.’”

“Mrs. Sparling sent me word that you fellows were there and for me to stick to the same story that she told Professor Boomhower. That was the first time in my life I ever lost confidence in Mrs. Sparling.”

At the conclusion of the sheriff’s testimony, Dr. McGregor's attorney said:

“I ask to have Dr. McGregor bound over to the circuit where he can have a full and complete vindication before a jury.”

The circuit court for Huron county convenes her January 16. 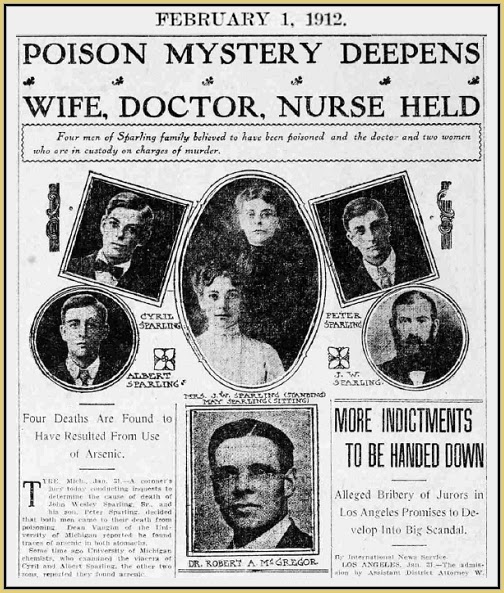 FULL TEXT (Article 3 of 5): Mich., Jan. 31.-- A coroner's jury today conducting inquests to the cause of death of Wesley Sparling, Sr.. and his son, Peter Sparling, decided that both men came to their death from poisoning Dean Vaughn of the University of Michigan reported be found traces of arsenic in both stomachs.

Some time ago University of Michigan chemists, who examined the viscera of Cyril and Albert Sparling, the other two sons, reported they found arsenic.

Mrs. John Wesley Sparling, Sr., the mother and Dr. Robert A. MacGregor at Ubly, the family physician, are now waiting trial in circuit court on charges of first degree murder.

Miss Margaret Glbbs, a nurse, who attended the Sparlings, was bound over for trial on a charge of being accessory after the fact. The Sparling home is at Ubly.

The little village of Ubly, Mich., with scarcely 500 population, has a poison case which bids fair to take its place among the sensational mysteries of recent times. 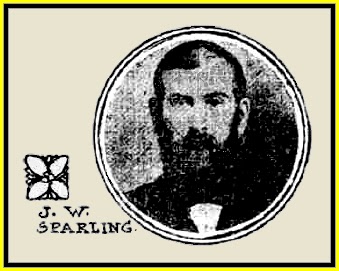 Four members of one family John Wesley Sparling, the father, and three sons within a period of two years died under peculiar circumstances, and it has been shown by examinations made by experts that the deaths were due to arsenic poisoning.

Dr. Robert A MacGregor is now in jail it at the county seat at Bad Ave, while the nurse is out on bail.

[“Poison Mystery Deepens - Wife, Doctor, Nurse Held - Four men of Sparling family believed to have been poisoned and the doctor and two women who are in custody on charges of murder. -  Four Deaths are Found to Have Resulted From Use of Arsenic.” The Salt Lake Tribune (Ut.), Feb. 1, 1912, p. 1]

FULL TEXT (Article 4 of 5): Bad Axe, Mich., March 21 – The Sparling poisoning case is to come up at the circuit court session starting here next Monday, and it is scarcely an exaggeration to say that every person in Huron County, and many beyond the county borders and even across the Canadian line, is awaiting the developments of the trial with eager interest. The case is regarded ns one of the most complex that has over come before the criminal courts in Michigan.

The defendants in the case are Mrs. Carrie Bodie Sparling, the wife and mother of the alleged victims of a wholesale poisoning plot, and Dr. Robert Macgregor, the Sparling family physician. Dr. Macgregor formerly lived in London, Ont., but for several years has resided in the village of Ubly, a short distance south of this city, and the home of the Sparling family.

John Wesley Sparling, head of the family, was the first one to die. He was stricken in July, 1908. Two years later the eldest son, Peter Sparling, was similarly stricken. Albert Sparling was the next to die, and the last was Cyril Sparling, 20 years old, who died last August. In two of the cases a verdict of arsenic poisoning was, returned by the coroner’s jury. 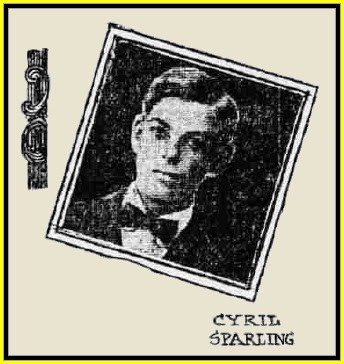 Each of the victims was attended by Dr. Macgregor and later removed for treatment to a hospital in London, Ont., where the deaths occurred. In this hospital Miss Marguerite Gibbs, said to be a friend of Dr. Macgregor, was employed as a nurse. Following the coroner's verdict in the case of Albert Sparling, Miss Gibbs was arrested and bound over on a charge of accessory after the fact in the cases of Mrs. Sparling and Dr. Macgregor Indictments charging first degree murder were returned.

It is understood that Mrs. Sparling and Dr. Macgregor are to be tried first for the alleged murder of Cyril Sparling, the fourth and last of the family to die under mysterious circumstances. Little has been made public concerning the evidence upon which the indictments were based. Even the probable motive that may have resulted in the alleged slaying or the father and three sons can only be guessed at by outsiders, though there is a general disposition to connect it with the fact that the victim carried life insurance and the policies were written by the father of Dr. Macgregor, a retired life insurance agent living in London, Ont.

Attorney Boomhower has secured, the services of a prominent criminal lawyer to assist him in unraveling the mystery. He declare he has unearthed additional facts in the case which, when presented at the trial, will greatly strengthen the prosecution.

Nearly one hundred witnesses already have been subpoenaed to testify at the trial. 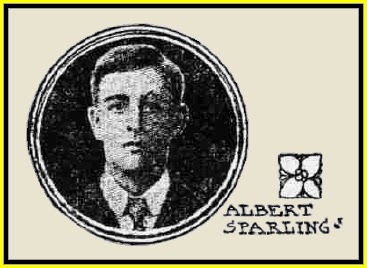 FULL TEXT (Article 5 of 5): Feb. 19. – Another feature of the Sparling murder mystery, for which Dr. MacGregor is now serving a life sentence at Jackson prison, have developed in connection with the proposed suit which is to be instituted by Paul Woodworth of Bad Axe, attorney for Mrs. Carrie Sparling, against the Gleaner organization.

Suit is to be brought, it is said to collect the $1,000 insurance policy on the life of Cyril Sparling. It was for the murder of young Sparling by poison that Dr. MacGregor was sent to prison for life. Mrs. Carrie Sparling, mother of the dead boy, is named as the beneficiary in the policy. It is alleged that a demand was made on the Gleaners for the amount that payment was refused because of the circumstances under which young Sparling died and because Mrs. Sparling was charged with complicity. A short time ago the charge against Mrs. Sparling was dismissed.

At the recent biennial meeting of the Gleaners at Toledo, the Sparling claim was turned down. It is understood that a petition is being circulated among the members of the Gleaners’ lodgers at Ulby and Bad Axe to have the order pay the claim. The papers in the suit have been drawn up. Mrs. Sparling is visiting friends at Ulby.

Mrs. Sparling says the young man requires constant care to keep him from collapsing and dying as his brothers did. 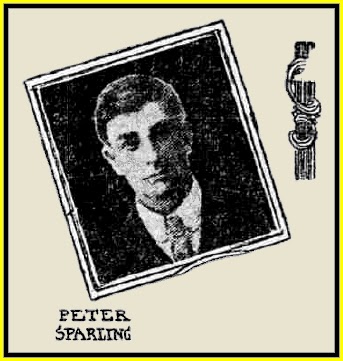 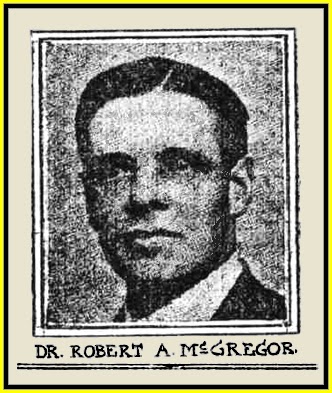 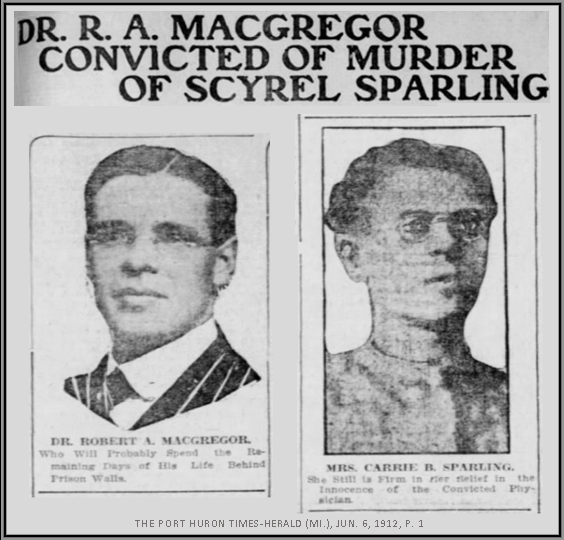 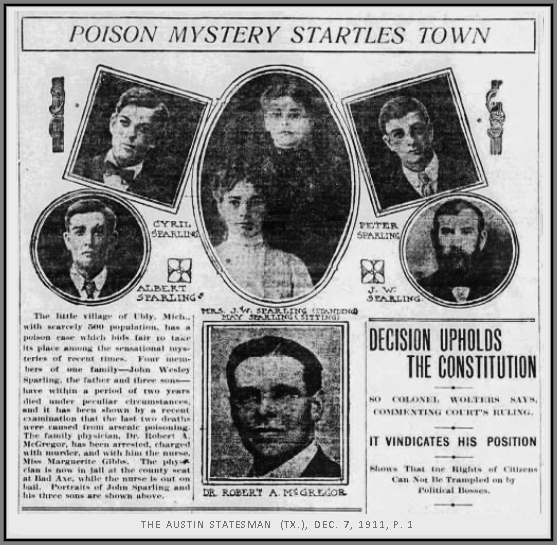 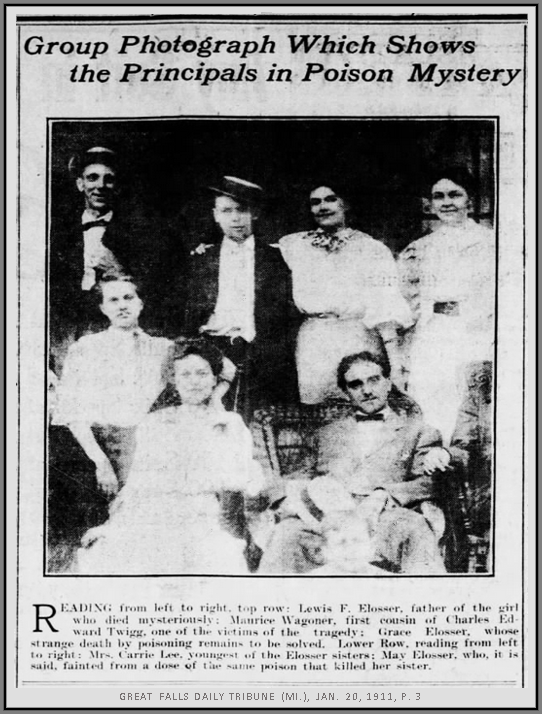 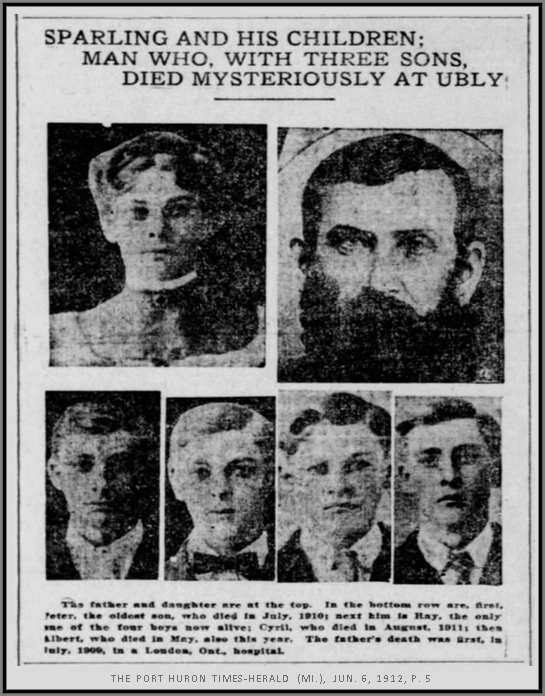