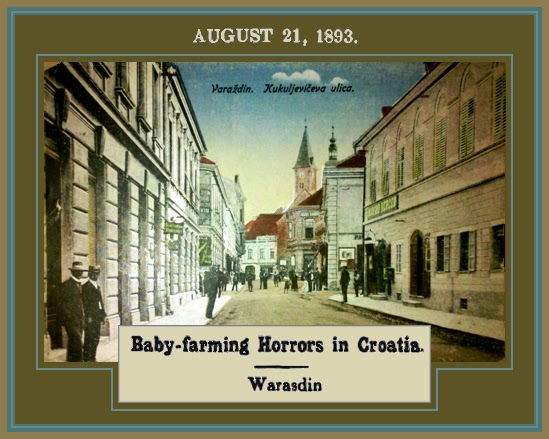 FULL TEXT: A recent telegram from London states that some shocking revelations have been made in connection with baby-farming at Warasdin, a town 36 miles from Agram, the capital of Croatia (Austria). Several miscreants had been arrested, who, it was ascertained, systematically practised shocking cruelties on children in order to produce various kinds of deformity for the purpose of exciting sympathy of the public. In some cases it was discovered that children were purposely crippled so that they might accompany beggars on their rounds. Children were found whose legs and arms had been deliberately broken while others had had their eyes gouged out so as to make them blind. One unfortunate child was found with its body bent double, and kept in that position by being placed between boards tightly screwed together. Various horrible implements of torture intended to be used for producing deformity in children were also brought to light. 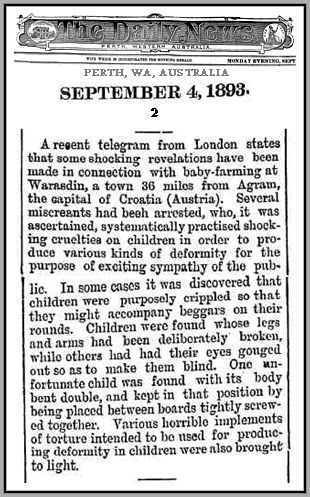 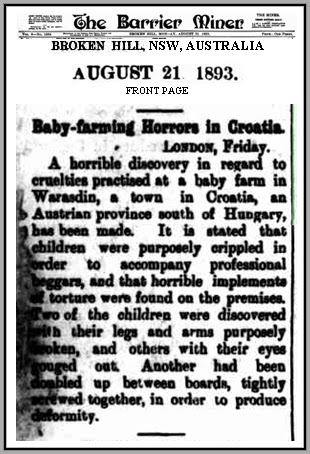