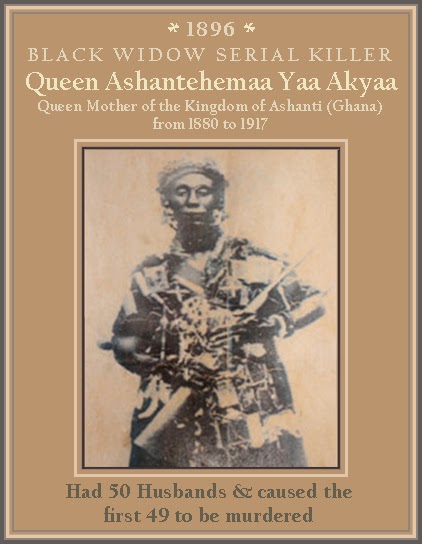 In January 1896 A British expeditionary force arrived to Kumasi  took control of the Ashanti Kingdom. King, Asantehene Agyeman Prempeh and the Queen Mother, Queen Ashantehemaa Yaa Akyaa were deposed and arrested. The British formally declared the state of Asanteman and the coastal regions to be the Gold Coast colony. Wikipedia presents the Queen Mother’s ascent tom power in euphemistic terms as a series of “strategic political marriages.” [Source: "Ashanti Kingdom," Cyclopaedia.com]

FULL TEXT: The Rev. Denis Kemp, general superintendent of the Wesleyan Missionary Society at the Gold Coast, who was recently a passenger, to Liverpool from West Africa, has been interviewed by a representative of Reuter’s Agency Mr. Kemp gave a very encouraging account of the condition of Kumassi [sic] and the effect of the British occupation on the chiefs of neighboring districts, and in the course of conversation stated that, he had learned, that Prempeh’s mother, now a prisoner with Prempeh at Ehnina, had had 50 husbands, all of whom had been put to death by her orders except Prempeh’s father. Mr. Kemp also stated that Governor Maxwell had intimated to all the chiefs that all their instruments; of feature must be given up. The governor wished this to be done rather as a voluntary act on their part, and all of the chiefs had willingly surrendered them. 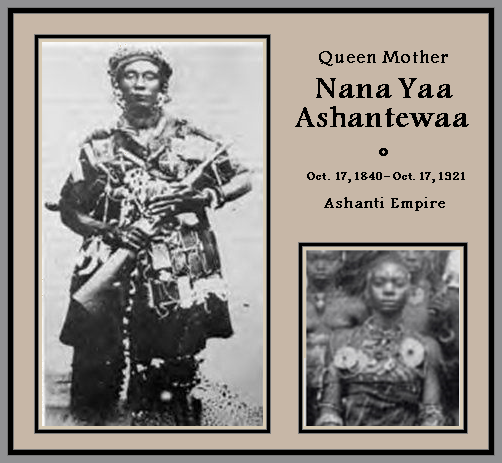 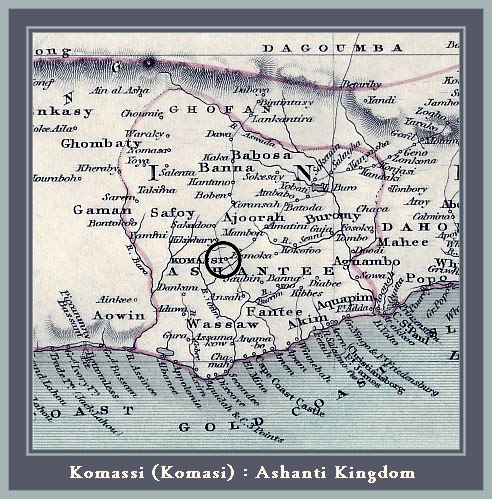