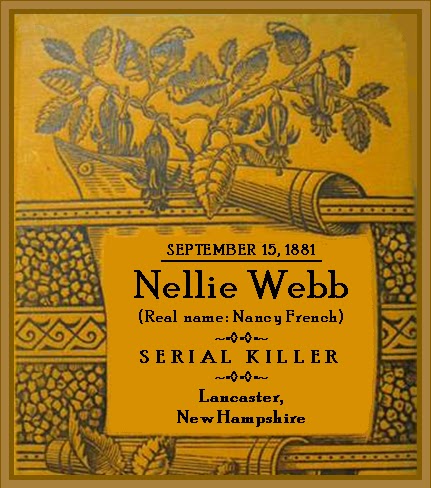 FULL TEXT (Article 1 of 2): New Hampshire, Sept. 15. – There is much speculation over the strange and apparently unaccountable deaths that have recently occurred in two well-known families here. A reporter of THE SUN has succeeded in gleaning the following facts about them. In adjoining houses in one of the principal streets lived Mr. Barton G. Towne and Dr. Frank Bugbee. The family of the former consisted of himself, his wife, and her daughter, Miss Nellie Webb, Dr. and Mrs. Bugbee, Hattie Bugbee, 14 years old, and Hannah H. Regan, a servant girl, made up the other household. Mrs. Bugbee was a daughter of Mrs. Towns, and the families were of course very intimate. All the members of both families were warmly attached to each other.

On July 18 Miss Hattie, Dr. Bugbee’s daughter, was stricken with diphtheria, and lived but a few days. Just five days after her death Mrs. Bugbee was taken ill and died almost immediately. Her death was soon followed by the death of the servant, and this in turn by the sickness of Dr. Bugbee. Dr. Bugbee soon recovered and went about his dally duties, but was again obliged to give up and leave town to try to regain his health. He went to various places, and finally visited Derby Line, Vt., where resided two brothers of his who were practicing physicians. Returning from there he was taken suddenly sick and died in a few days.

The physicians said that his disease was malignant diphtheria and blood poisoning, the same disease that had carried off the members of his household.

The death of so many people in one locality gave rise to the supposition that the cause might be imperfect drainage, and the Board of Health made an investigation without finding anything out of the way. In November Mrs. Towne. Mrs. Bugbee’s mother was taken ill and died very suddenly. The doctors said again that it was blood poisoning. The sixth and last death, that of Mr. Towns, occurred in the following manner, and with similar symptoms, on February of the present year.

To determine the cause of so many deaths in one part of the town the authorities caused Mr. Towne’s body to be exhumed in May, and an analysis of the stomach made by a local chemist revealed to the horror of the community that he had been poisoned by arsenic, which was found in considerable quantities. In August the bodies of Dr. and Mrs. Bugbee and Mrs. Towns were examined, and the vital organs were submitted to Prof. Wood of Cambridge, who, about two weeks ago, reported that no poison was found in the case of Mrs. Bugbee. The report in the case of Dr. Bugbee and Mrs. Town, just received, shows that in the former traces of whiskey and arsenic were found, and in the latter arsenic alone. As these reports leave the case, the first three persons who died – Miss Hattie and Mrs. Bugbee and Hannah Regan – died from natural causes, and Dr. Bugbee and Mr. and Mrs. Towne came to their death by poison.

The only member of the two families living is Miss Nellie Webb, who, last fall, married Burt Mayo, a conductor on the B. C. M. Railroad. She has been a member of the Towne family since she was a very little child, and had shown the utmost affection for all the members of both families. For some reason suspicion rested on her, but there is no proof whatever and she has the sympathy of the community.

When Dr. Bugbee returned from Derby Line he brought a demijohn of whiskey. which he considered better than could be obtained in town, and cave this medicinally to Miss Webb, Mr. and Mrs. Towne, and a brother of the Townes from Littleton, N. H. All were made more or less sick by its use.

[“Arsenic, Not Diphtheria. – A Singular Series Of Death In A New Hampshire Village. – Only One Member of Two Families Surviving – exhuming the Bodies – Arsenic Found in Three of Them – A Suggested Explanation.” The Sun (New York, N.Y.), Sep. 16, 1881, p. 1]

EXCERPT (Article 2 of 2): All eyes were on the day of October 18, 1881, as the Coös County Grand Jury convened to look into the mysterious deaths. Then on the 26th the Gazette told readers that after two days devoted to the case, the jury returned and “no indictment was found.” The jury felt that the evidence that would have indicted Nellie Webb Mayo was insufficient and circumstantial.

Many in Lancaster were not convinced, including the executor of the Bugbee estate, James W. Weeks. This is brought out in an entry in Richard P. Kent’s diary for December 15, 1881, where he noted: Mr. J. W. Weeks made a lengthy call at our house and talked over the incidents connected with the Towne and Bugbee families. He had no doubt of the guilt of the suspected party, although the Grand Jury failed to indict her.” 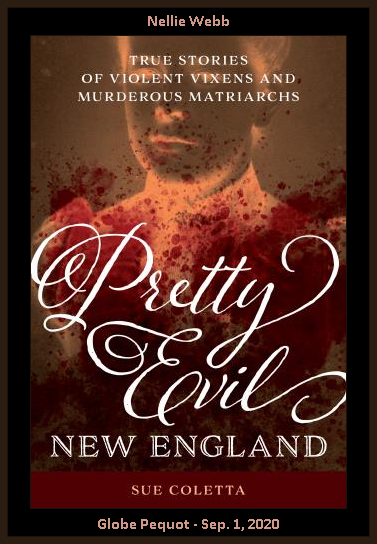