Annie Wagner, A “Sympathetic” Indiana Serial Killer Who Got Away With Murder - 1893 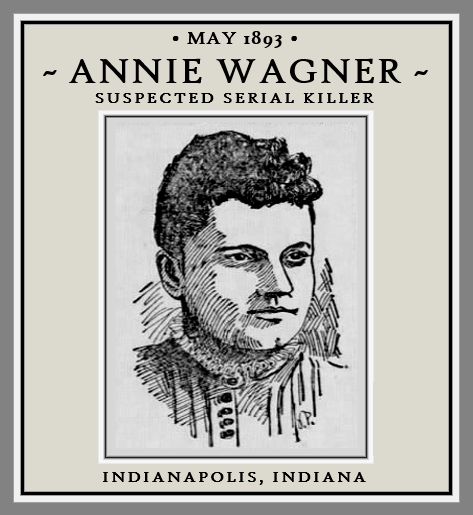 Note: Annie Wagner was acquitted. The impression made by this result in light of the evidence was that “not guilty” was a nullification verdict due to juror’s sympathy for Aniie’s claim of self-sacrifice in her capacity as a caregiver to motherless children. The evidence nevertheless supports the charges that she was a serial killer.

FULL TEXT (Article 1 of 2): A case which rivals in interest the late Borden mystery is now being tried in the Criminal Court here.

Last summer Frank Koesters, Mrs. Clara Koesters, Mamie Koesters, an infant, died suddenly within the space of a few months at their home in this city. The symptoms attending their deaths were of a most violent type, suggestive of poisoning, and Charles Koesters, the husband and father,  began an investigation with the assistance of the coroner, which culminated in the arrest of Annie Wagner, a domestic in the employ of the Koesters family.

The only motive that could be assigned for the deed was a strange infatuation which the girl had for Charles Koesters. She determined to become his mistress, and, it is alleged, poisoned the whole family in order that she might accomplish her purpose. Charles Koesters, the first witness, was put on stand to-day. He related the story of the deaths and dwelt upon the actions of the girl toward him.

She was always at his command, and would do many things for him, the performance of which properly belonged to other members of the family. On every possible occasion she displayed a desire to be in his company. Once, he said, when his friends were expressing their sympathy for him in his bereavement, he remarked:

“Well, my daughter Mamie is still left. Death has not taken her away, and she will soon be big enough to assume the duties of my household and comfort me.”

“You want a woman,” broke in the alleged murderess. “These American girls can’t be trusted and are too fond of running around.”

The father then declared that the daughter should have its dead mother’s place, and in one week the child died with symptoms of arsenical poisoning. The case against her is very strong, as a neighboring druggist will testify that the accused brought “Rough on Rats” from him. He knew the girl personally and cannot be mistaken, he says, in her identity.

FULL TEXT (Article 2 of 2): Indianapolis, Dec. 28. – After being out for twelve hours the jury in Annie Wagner murder case brought in a verdict of not guilty. The courtroom was crowded, and the announcement of the verdict was received with cheer after cheer. During a scene of the wildest confusion the prisoner fainted away. Through the trial Annie Wagner has manifested the most stoical indifference and it was not until the verdict of the jury that her feelings obtained mastery over her. Mr. Holtzman, the prosecutor, announced that as the state had failed to convict in this, its best case, and owing to the state of public opinion, he deemed it best to dismiss the other two indictments for murder against the prisoner.

Not since the trial of Mrs. Nancy Clem for the murder of Jacob Young and wife as at Cold Springs, north of this city, twenty years ago, has the Indianapolis public been as much interested in a murder trial as in the case which has just closed.

Looking further for evidence of a crime, a druggist, George F. Borst, at Meridian street and Russell avenue, was found, who said that Anna Wagner had purchased a box of “rough on rats” from his store on May 22. the family physician was Dr. Reyer, who told the coroner that he had no doubt Mrs. Clara Koesters had died from poison, and advised that an analysis of the stomach of the dead woman he made. The coroner gave the viscera of the dead woman to Dr. Eisenbeiss for analysis, and the doctor reported back that arsenic had been found in sufficient quantities to cause death. On the evidence Anna Warner was arrested. At the time of her arrest, the prisoner denied having any poison in her possession, although the half emptied box was afterward found in the closet where she kept her clothes. She was taken to the drug store where the poison was brought, and she denied to Druggist Morst ever having brought and “rough on rats” from him. Charles Koersters added a sensation to the story of the crime by making a statement that he thought the woman was in love with him, and he furnished the motive for the crime of suggesting that she wanted to get his wife and children out of the way to make room for him to marry her.

The people in the Koesters family who died under suspicious circumstances were: Mary Koesters family who died under suspicious circumstances were: Mary Koesters, age 31, the wife of Charles, October 15, 1892, the baby, age 3 months, found dead in bed January 6, 1891[?]; Frank L. Koesters, age 74, the father of Charles, January 26. Mary M. Koesters, age 8, daughter of Charles, February 27, and last, Clara Koesters, age 73. Each of them, except the baby, was ill for about the same length of time and showed the same symptoms. The evidence taken before the coroner was of such nature that he felt justified in ordering the bodies of the dead exhumed and their stomachs removed. This was done and the viscera was turned over to Dr. Eisenbeiss for analysis. The doctor did not make a complete report for several weeks, but at the end of that period he announced that he had found arsenic in every one of the stomachs submitted to him.

Anna Wagner had a hearing in the police court on Tuesday, Kune 25. the examination lasted until June 22, at which time the prisoner was admitted to bail in the sum of $ [illegible]. A few days thereafter she furnished the security and was taken to the house of her brother-in-law. here she remained until the grand jury met and returned an indictment against her for murder in the first degree. She was rearrested and taken to jail without the privilege of bail. She has lain in jail ever since.

On December 18 the accused was placed on the stand in her own defense. She made a general denial of the crime. She said that after the death of Mrs. Koesters, the wife of Charles Koesters, Mr. Koesters said to her that he would depend upon her to look after the clothing and their children, that he knew nothing about such things himself; that she took care of the children because they were motherless, and that all her attentions to him and to them was on account of the fact trhat the wife and mother was dead. 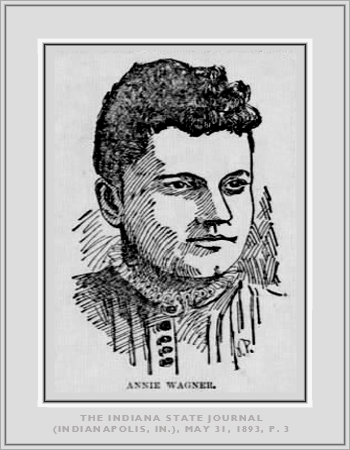 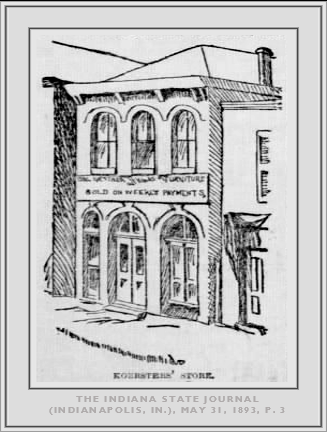 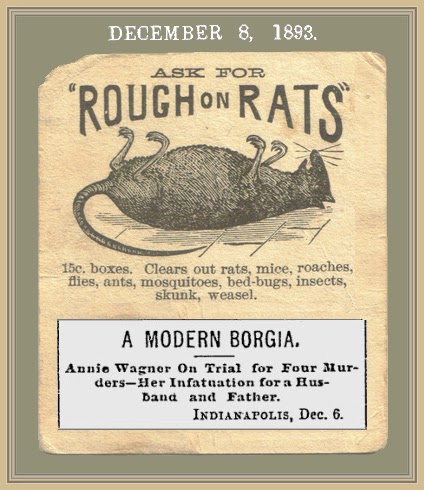