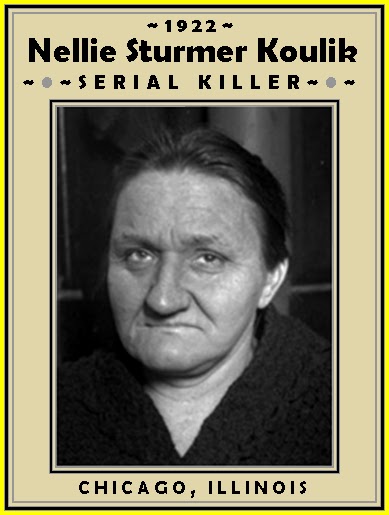 An “arsenic murder trust,” through which wives obtained large sums of money by serving poison dinners to their husbands and other relatives, has been revealed by William P. McLaughlin, Assistant State Attorney who is in charge of the investigation.

Two women, Mrs. Tillie Klimek, and Mrs. Nellie Sturmer Koulik, cousins, are already under arrest. All of the other women connected with the investigations are said to be residents of the same settlement in which these women lived.

“The evidence at hand warrants a thorough investigation of what appears to be a gigantic poisoning conspiracy.” McLaughlin declared. “I am convinced that that this will turn out to be the most amazing death plot in recent criminal history,” he concluded. 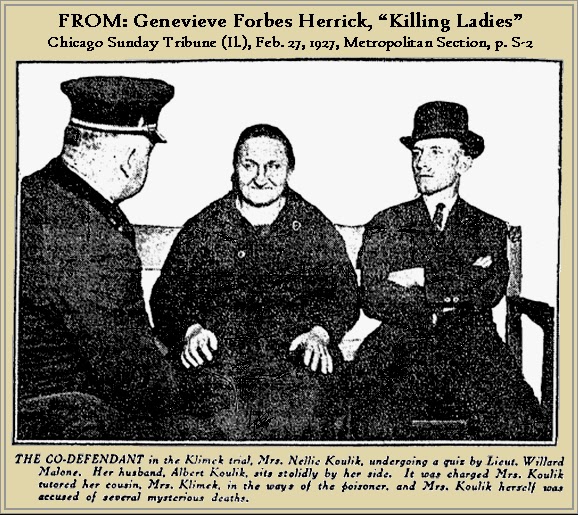 EXCERPT from long 1937 article on the Klimek/Koulik case:

Here’s what the investigation charted up against Nellie.

4 –  Dorothy Spera, 2 year old granddaughter, who died in 1921, after her grandmother insisted that she be brought to her home for a simple cold.

5 – John Stermer, 22, Nellie’s son, who became ill in 1918 when his father died, but recovered. He declared he thought his mother had poisoned him.

Not a pretty list, even if you discounted something for rumor and something for the excited exaggeration of the neighborhood, and still more for conscience.

The “K” syndicate, pivot points in a murder syndicate, so it would seem, went around at the county jail, like two housewives who ought to be home scrubbing the floor. Nellie was good natured; Tillie was not. Nellie would pose for a picture, but made them wait while she slicked back her hair. Tillie would hide her face in her apron and shout ugly things. Nellie was forever doing washing, hers, or anybody’s. Tillie was always crocheting.

EXCERPT: Mrs. Klimek sat alone yesterday. The state early in the day nolie-prossed the charge against Mrs. Nellie Koulik, but will try her later for the alleged murder of her first husband, Wojicek Sturmer. 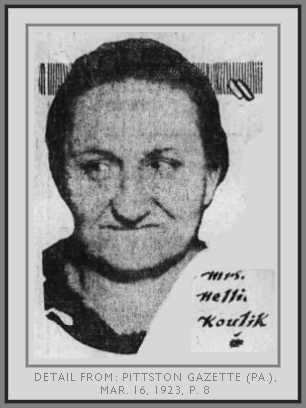 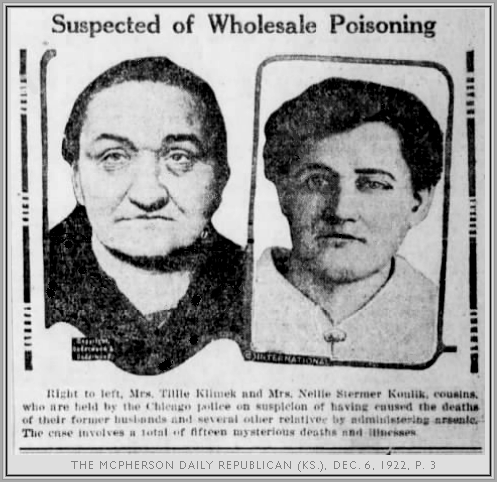 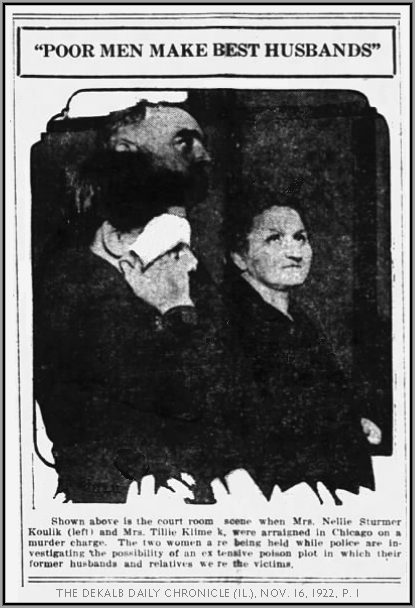 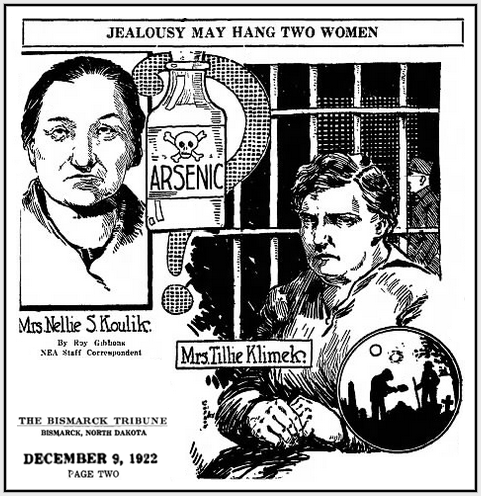 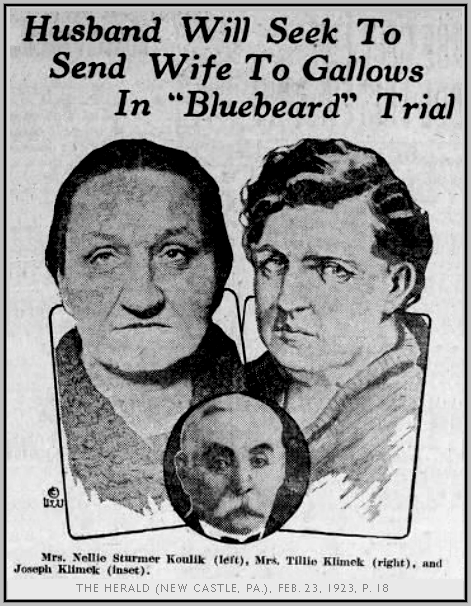 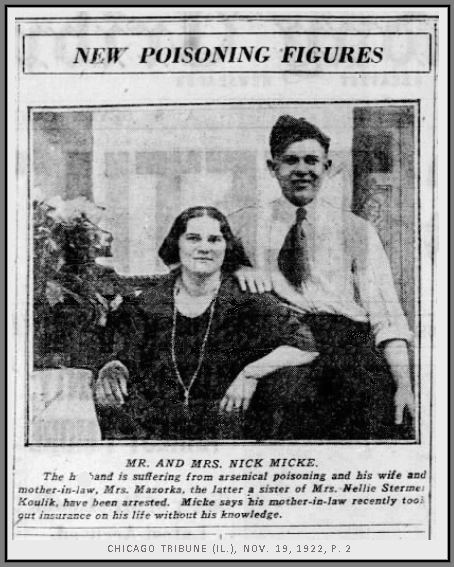