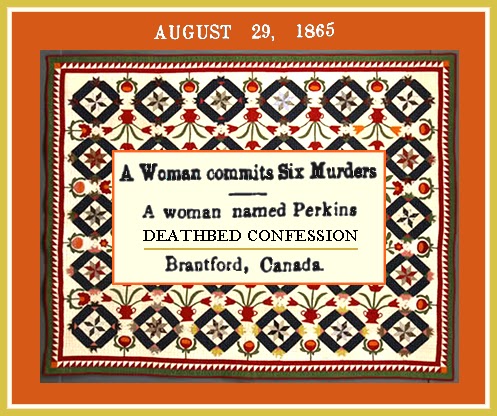 FULL TEXT: The Brantford [Ontario, Canada] correspondent of the Hamilton Spectator gives currency to the following story, which if true, approaches nearer to the Burke and Hare murders than anything we have heard of. The story is substantially as follows: --

“A woman named Perkins, wife of a well to do farmer, living about two miles from the town, believing herself on her death bed, sent for the Clergyman of the Primitive Methodist Church, Brantford, and in the utmost agony of mind, confessed that she had a different periods of her life committed six murders, and all by poison. She said she had a mania to destroy human life, and it was by the greatest self-denial that she could restrain herself from secretly poisoning all persons with whom she was on terms of friendship; she however practiced it until six of her victims slept their last sleep; two of them being adults and four of them children, and what makes the matter more revolting and horrid is that one of the former was her own husband, two of the latter were her own children. The children were murdered in England and the adults in Canada, the husband having been killed here, and the other persons, whose name I did not learn, was poisoned in Woodstock some years since. She has been married to a second husband for a number of years, by whom she has a family of grown up children. This wretch – for wretch she was in appearance, resembling one of the weird witches, with matted hair, shriveled and repulsive face, and bony hand, who hovered around the boiling chaldron in Macbeth – lived for years past in the greatest horror with the image of her victims continually appearing before her eyes, her cries and imprecations were fearful, and her actions, language and appearance were loathsome till death stopped her groans and curses.” 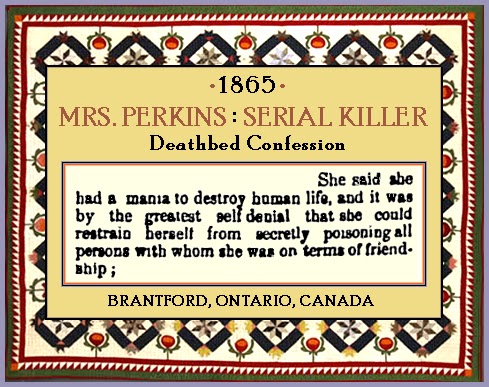 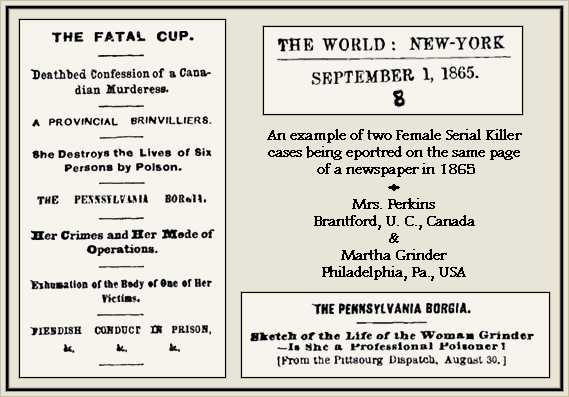 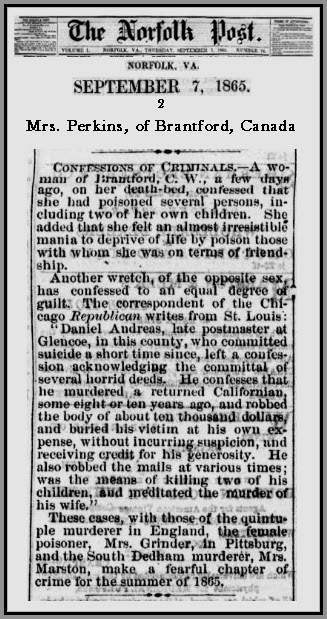