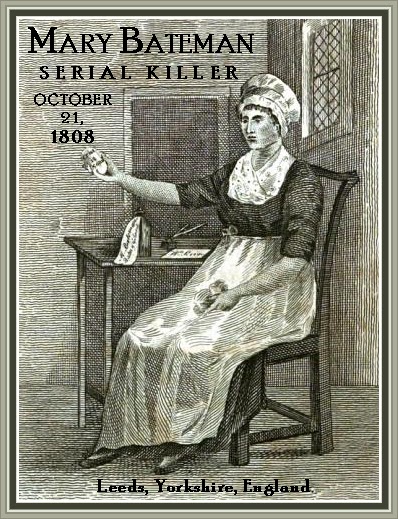 Wikipedia: Mary Bateman (1768 – 20 March 1809) was an English criminal and alleged witch, known as the "Yorkshire Witch", who was tried and executed for murder during the early 19th century.

Born to a farmer in Asenby, North Yorkshire, she became a servant girl in Thirsk, North Yorkshire but was eventually released due to petty theft. During the 1780s, she became a minor thief and con artist who often convinced many of her victims she possessed supernatural powers. By the end of the century, she had become a prominent fortuneteller in Leeds who prescribed potions which she claimed would ward off evil spirits as well as acting as medicine.

In 1806, Bateman was approached by William and Rebecca Perigo who believed they had been put under a spell after Rebecca had complained of chest pains and asked for her help in lifting the curse. However, over the next several months, Bateman began feeding them pudding which was laced with poison. While Rebecca regularly ate the pudding, her husband was unable to eat more than a spoonful. Rebecca's condition worsened however and she finally died in May 1806. William Perigo continued to pay her for more than two years until he discovered one of the "charms" which he and his wife had received from Bateman was worthless paper; he went to the authorities who arrested Bateman the following day after William lured her to a meeting.

Although she proclaimed her innocence, a search of her home turned up poison as well as many personal belongings of her victims including the Perigo couple. In March 1809, she was tried in York and found guilty by a jury of fraud and murder. Sentenced to death, Bateman attempted to avoid her execution by claiming she was pregnant, but a physical examination disproved this. She was finally hanged alongside two men on 20 March 1809. After her execution, her body was put on public display with strips of her skin being sold as magic charm to ward off evil spirits.

Bateman's skeleton is on display to the public at Thackray Museum in Leeds. 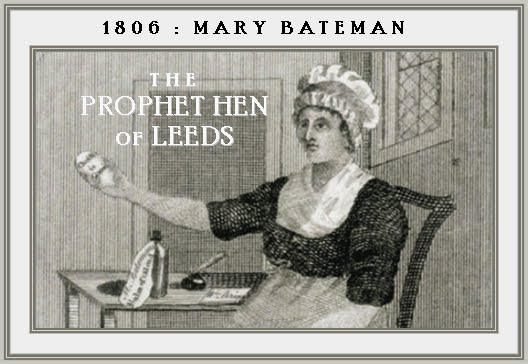 In 1806 Mary Bateman concocted the hoax known as The Prophet Hen of Leeds, in which eggs laid by a hen were purported to predict the Biblical end times. Villagers believed doomsday had come when a hen began laying eggs with the phrase "Christ is coming" on each one, but it was later found to be a scam. Mrs. Bateman had herself inscribed the eggs using acid and reinserted them into the hen's oviduct.

►Other victims of fraud, hoaxes and theft:

EXCERPT from 1809 book – dealing with the Kitchen murders:

But all those artifices, frauds, and impositions, however flagrant in themselves, bear little proportion to the larger scale of crimes on which she now advanced. The wicked subject of this narrative contrived to ingratiate herself, as she well knew how, into the good graces of a family of the name of Kitchin, two maiden-ladies of the quaker persuasion, who kept a small linen-draper’s shop, near St. Peter’s square, in Leeds; there is every reason to suppose that she had deluded these unfortunate young women with some idea of her skill in looking into futurity, or at least, that some of her friends, a Mrs. Moore, or a Miss Blythe perhaps, could read their destiny in the stars! Miserable delusion! How many harmless people have been its sacrifices, is only known to him from whom no secrets are hid. For some time Mary was the confident of the Miss Kitchins. She was frequently at their house; she assisted in their shop; and even to their domestic concerns her interference extended. In the early part of September, 1803, one of the young women became ill; Mary Bateman procured her medicines, as she said, from a country doctor; these medicines, like those administered to Perigo and his unfortunate wife, were of powerful efficacy, and in the course of less than one week, Miss Kitchin died. In the mean time, her mother hearing of her dangerous situation, came over from Wakefield, and though in good health when she left home, the mother as well as her other daughter took the same illness, and a few days placed them in the chambers of the grave, at the side of their ill-fated relation.

Previous to the death of one of the sisters, a female friend; of the family was sent for, and when she arrived, the poor sufferer seemed oppressed with some secret that she wished to communicate, but her strength failing her, she expired, and with her the cruel history of her fate.

Only ten days elapsed from the time this family became sick, to the time of the death of the mother and two sisters; the complaint of which they died was said to be the cholera morbus; a complaint, let it be remembered, attended by symptoms resembling those produced by poison. It did not, however, suit the purposes of Mary Bateman to give the disorder so mild a name, she represented it to be the plague, and the whole neighbourhood shunned the place, and would as soon have entered into the most infectious wards of a pesthouse, as into this dwelling. Mary alone, in the face of all danger, was ready to afford her friendly offices; and when the persons composing this unfortunate family were buried, the door was closed, and a padlock placed upon it.

It ought to have been observed, that a physician of eminence in the town, on being called in to visit the last surviving sister, was so strongly impressed with the opinion that her sickness and sudden death proceeded from poison; that he examined, with much care many of the vessels in the house, inquired if any water for poisoning flies had been used, and expressed a wish to open the body; but the family being all dead, and no person at hand who thought themselves authorised to give that permission, the corpse was interred unopened, and with it the opportunity of detection. It ought to be remarked, that during the time of the fatal illness in Miss Kitchen’s house, Mary Bateman was unremitting in her attention.— she administered their food, and from her hands the medicine was conveyed to their lips. Some time after the death of these ladies, their creditors looked over their effects, when it was found their house and shop had been plundered of almost every thing they contained; and to add to the embarrassment of their affairs, the shop books were missing; in fact, their property had dwindled down to nothing; so nearly so, at least, that the creditors only divided eight-pence in the pound!

[pp. 15-17 – Extraordinary Life and Character of Mary Bateman, the Yorkshire the Yorkshire Witch; Traced from The Earliest Thefts Of Her Infancy,Through A most Awful Course Of Crimes And Murders.Till Her Execution At The Hew Drop, Near The Castle Of York, On Monday the twentieth of March, 1809.Twelfth Edition.Entered At Stationers’ Hall. Leeds: Printed By Davies And Co. At The Stanhope Press, Vicar-Lane.1811.] Full text of the book available on Google Books. 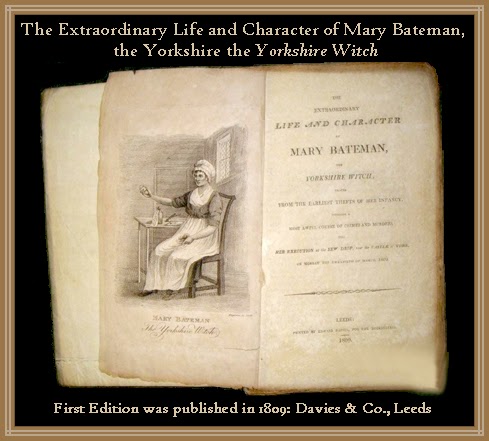 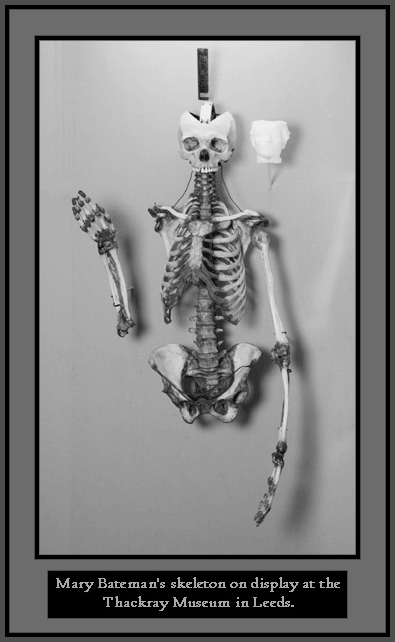 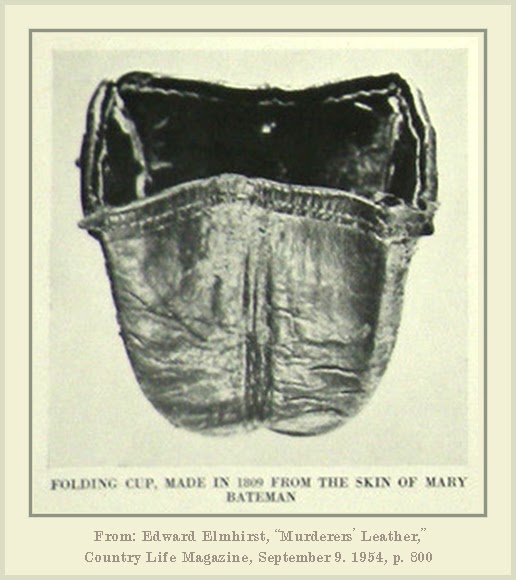 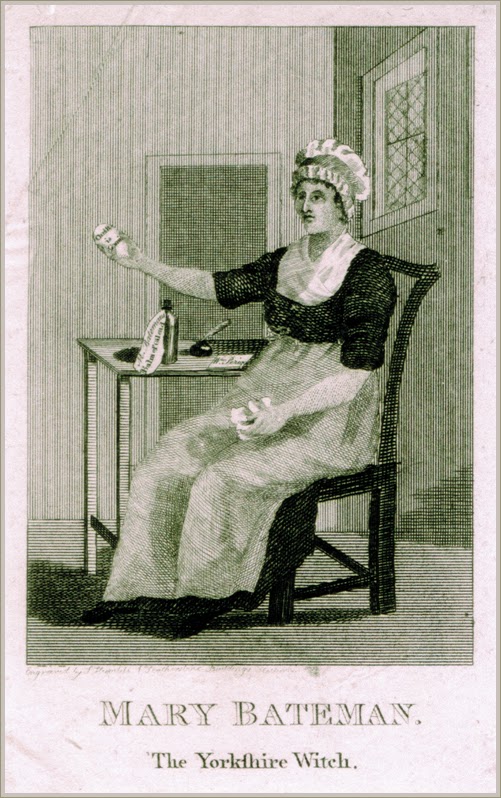 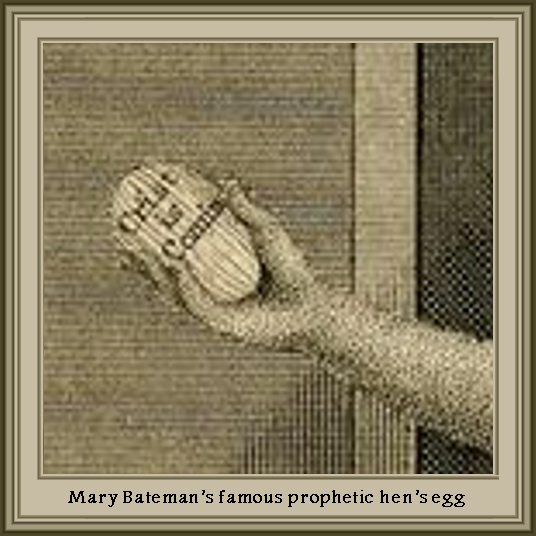 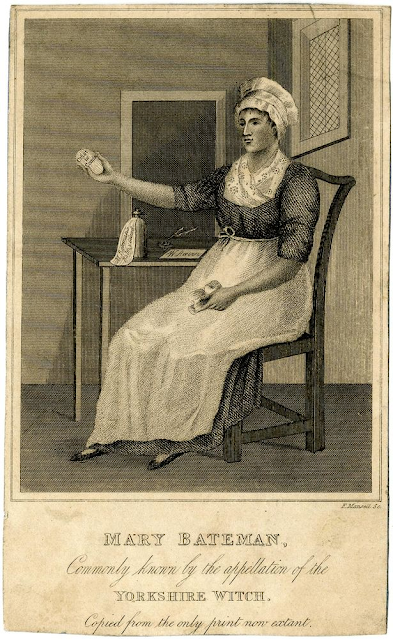 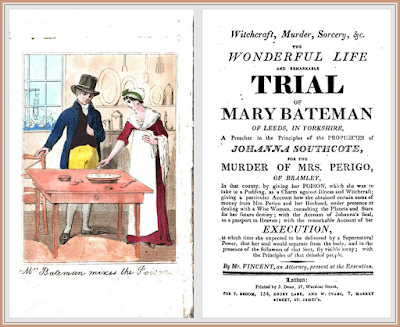 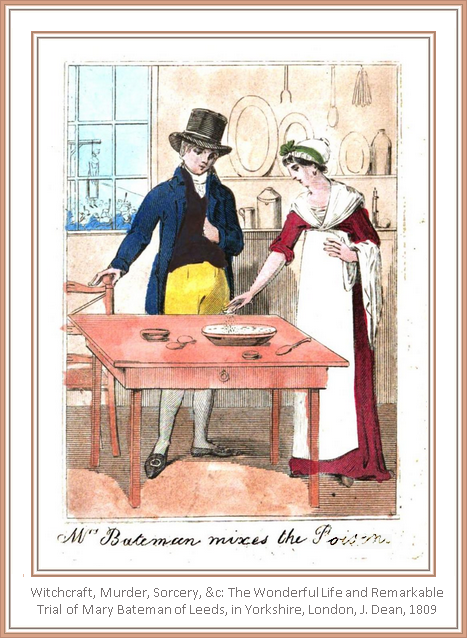 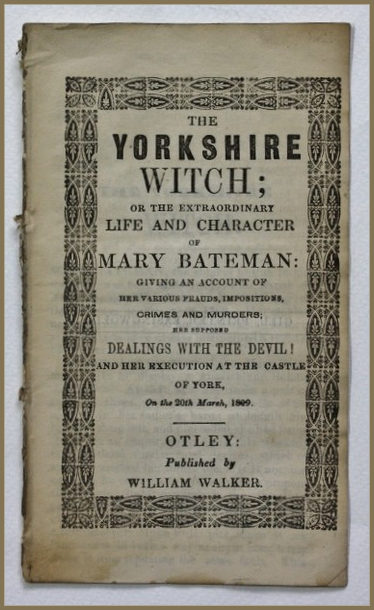 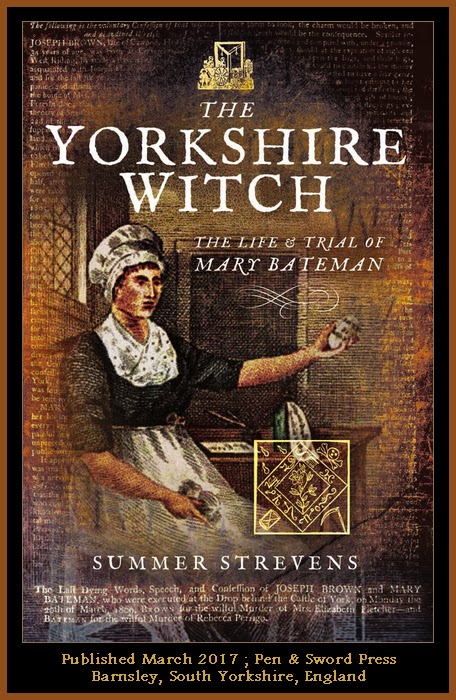