Zenobia Used Her Pet Snake to Murder Her Boyfriends – 275 AD 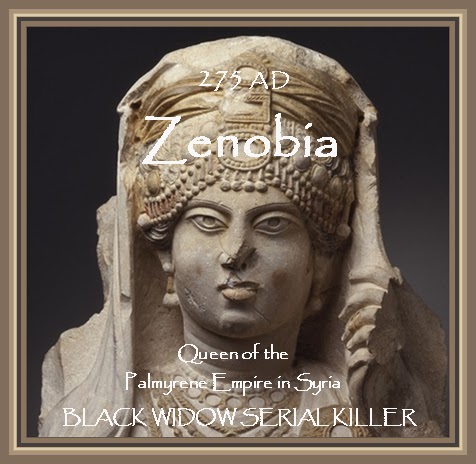 Wikipedia: Zenobia was a 3rd-century Queen of the Palmyrene Empire in Syria, who led a famous revolt against the Roman Empire. The second wife of King Septimius Odaenathus, Zenobia became queen of the Palmyrene Empire following Odaenathus' death in 267. By 269, Zenobia had expanded the empire, conquering Egypt and expelling the Roman prefect, Tenagino Probus, who was beheaded after he led an attempt to recapture the territory. She ruled over Egypt until 274, when she was defeated and taken as a hostage to Rome by Emperor Aurelian.

FULL TEXT: Zenobia was queen of Palmayra, a land that lay in the Middle East; on the fringe of the Roman empire. She was the daughter of a secondary Arabian chief and wheedled an education from her brothers' tutor, an unusual procedure for a woman in those B. C. days.

She was dedicated to the goddess Ashtoreth, the symbol of physical love whose temple, in the desert was one of the infamous places of the time. Before she was to be dedicated with appropriate rites, she escaped and by a combination of circumstances became the wife of the heir to the throne of Palmyra. From there on sailing was easy for this gifted woman who knew the arts of warfare as well as those of love. She murdered a series of lovers with her pet serpent and defeated tho eastern armies of the Romans. Eventually she was captured and sent to Rome in chains and thrown to the lions. The facts of Zenobia's life clothed in appropriate fiction make the novel, Pillar of Fire, by George Borodin. (McBride's, New York) 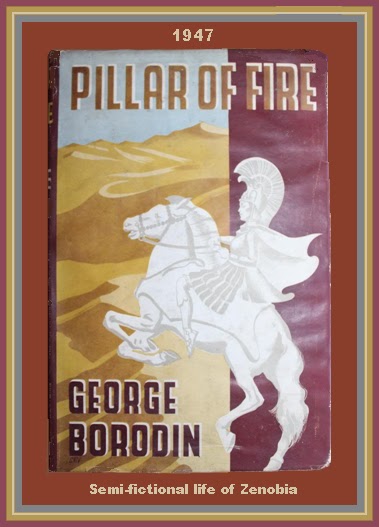