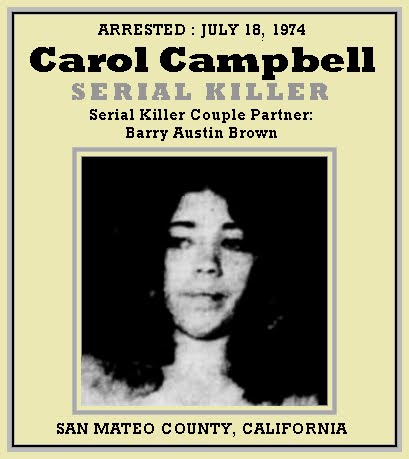 FULL TEXT (Article 1 of 4): With a nervous smile and a shrug of his shoulders, Barry Austin Brown, 21, received his second life sentence of the day Tuesday from Superior Court Judge Gilbert Perry for the June 25 slaying of Richard Pipes, a 7-11 store clerk.

Brown, a former Santa Cruz resident, received the sentence on top of an earlier lifetime term handed down by San Mateo Court Judge Gerald E. Ragan for the slaying of Louis McNamara of Hillsborough on July 12 and Stephen Russell of Idaho on July 17.

Brown pleaded guilty to all three murders on the condition that special allegations that would qualify him for the death penalty be dropped on Oct. 1.

His co-defendant, Carol Campbell, is scheduled for trial Dec. 2 in San Mateo County. She has pleaded innocent to all three murder charges.

Brown's sentencing lasted no more than five minutes before a small audience and was preceded by joking with a newsman in the audience.

The prison-garbed Brown said nothing after his sentence.

He is being sent to state prison to serve his term, and was turned over to the San Mateo Sheriff's Department after sentencing.

Socialite McNamara's death was linked to Brown after her blood splattered car was found abandoned at San Francisco International Airport. Her body was later found in a steep gully near Redwood City.

Russell, an ex-sailor, was killed July 17 after Brown picked him up as he was hitchhiking along Highway 1. His body was found in a gully off Tunitas Creek.

FULL TEXT (Article 2 of 4): Carol Campbell, the woman who was arrested last summer in connection with three murders, was sentenced to three to 24 years in the state prison Wednesday at a court hearing in San Mateo County.

She still must face charges in Santa Cruz in connection with the June killing of a Santa Cruz 7-11 food store clerk. Her boyfriend, Barry Brown, has already been sentenced to the state prison after entering guilty pleas in both San Mateo and Santa Cruz County.

The Associated Press reported that Campbell pleaded guilty to two counts of accessory and to forging a $1,500 check of one of the murder victims.

Charges of murder against Campbell were dropped. She will appear in Santa Cruz next week to face the third murder charge.

Campbell's attorney contended that she should not be sent to prison because she cooperated with police. AP reported, but Superior Court Judge William Lanam rejected the argument, saying her statements indicated that she "is a pathological liar."

FULL TEXT (Article 3 of 4): Carol Campbell, 27, arrested last summer in connection with the shooting death of a 7-11 food store clerk in Santa Cruz, was sentenced today to state prison.

She had pleaded guilty to a charge of being an accessory to the killing.

Her co-defendant, Barry Brown, 21, of San Carlos, has already been convicted of three counts of murder and is serving a life sentence in state prison.

Campbell and Brown were arrested last summer in connection with the slaying of Richard Pipes, a food store clerk.

They were also charged in San Mateo County with the murders of Lois Jean McNamara, 57, of Hillsborough, and Stephen Russell, 22, a hitchhiker.

Campbell pleaded guilty to being an accessory to the three murders, and also to forging a personal check of McNamara's.

Campbell's attorney, Larry Biggam of the public defender's office, argued that the Santa Cruz sentence should run concurrently with the San Mateo sentences. He commented that realistically there is no difference in consecutive and concurrent sentences, and the only reason judges impose the former is to "raise a red flag" in warning to prison authorities that the defendant is involved in a serious crime. The raising of that flag was achieved when the San Mateo County judge sentenced his client to consecutive terms, he reasoned.

His argument fell on deaf ears, however. May said the Santa Cruz offense had nothing to do with the San Mateo killings, so they should be treated separately.

EXCERPT (Article 4 of 4): On July 21, 1974, Brown and Campbell were arrested in San Mateo County on suspicion of murder in connection to the three homicides. The two were arraigned first in San Mateo County and then in Santa Cruz County for the murders.

Brown eventually pleaded guilty to murder in all three homicides and was sentenced to two life sentences.

Campbell would plead guilty to amended charges of being an accessory to murder and other charges for her role in the murders. She was sentenced to three to 24 years for charges in the San Mateo County murders and five years for the Santa Cruz County murder.

Brown, who served 40 years of a life sentence, explained he was only 21 at the time and was under the influence of drugs and alcohol. Though he confessed to the murders in 1974, Brown now claims Campbell pulled the trigger in all three murders.

The board ultimately denied parole and Brown will not be eligible to apply for the next five years. 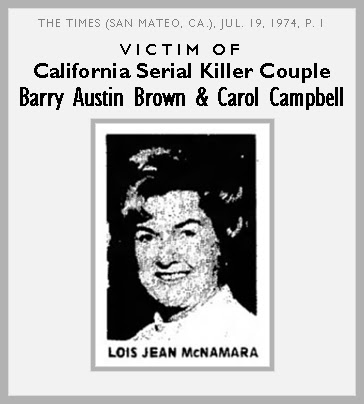 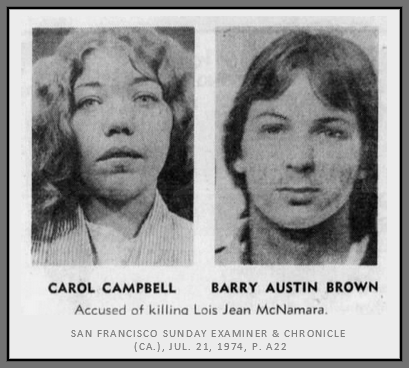 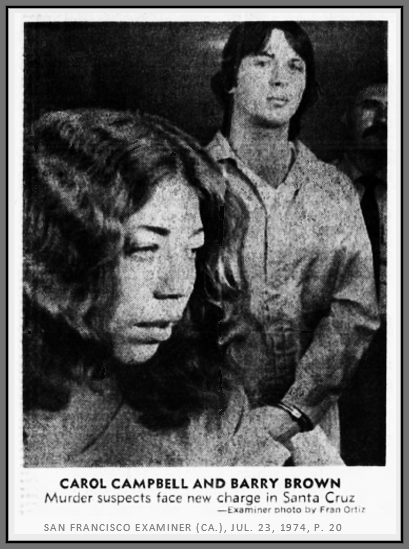 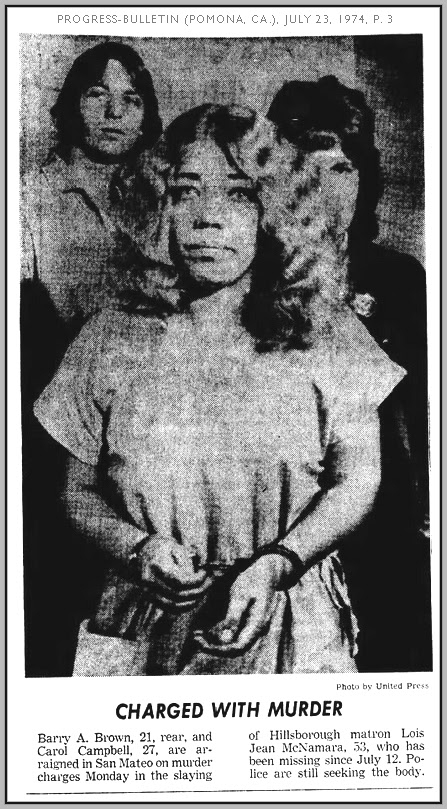 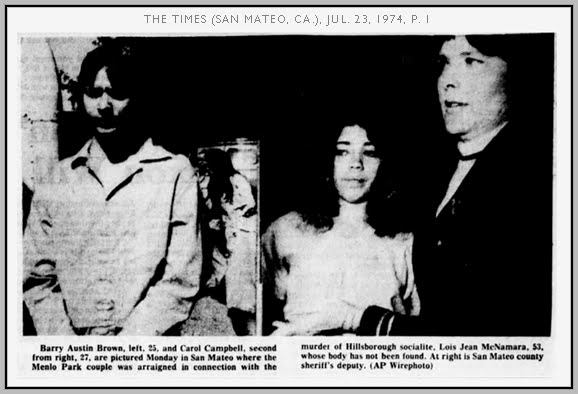 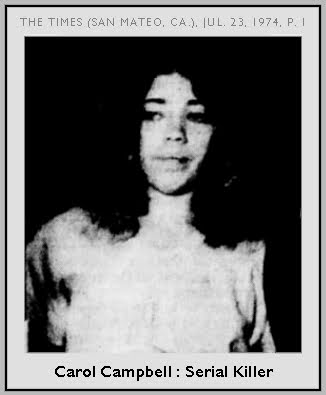 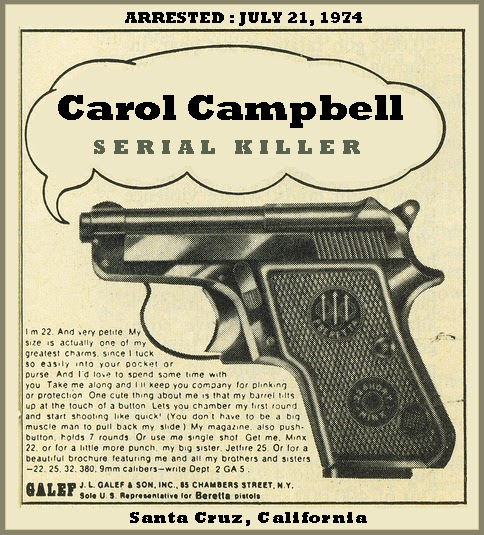