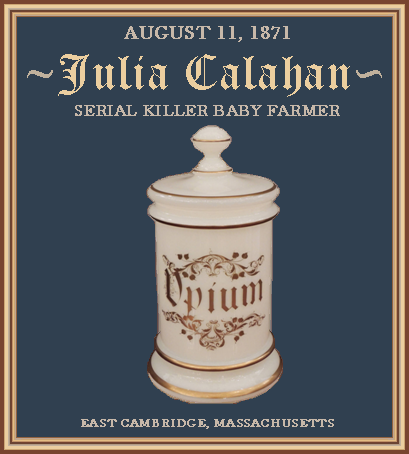 FULL TEXT: Boston, August 11. - Three infants, said to have been farmed out to an old woman, Julia Calahan, in East Cambridge, died recently. The woman is under arrest on suspicion of killing them with opium. A Coroner’s jury is investigating the case. 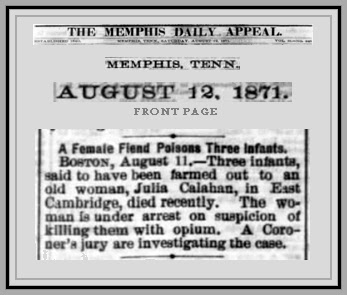