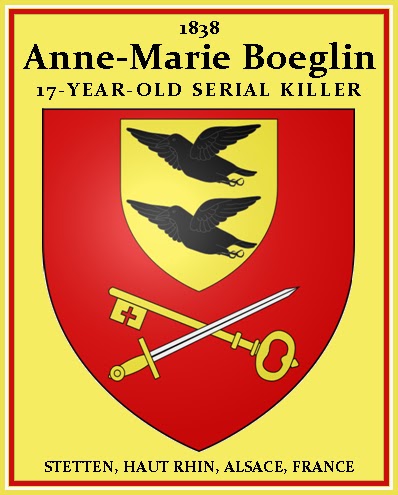 Note: A reader has been kind enough to offer some details of this case gleaned from the 2011 book shown below. We are told that the girl's motive was actually of a mitigating nature, she having been the victim of incestuous rape by her brothers and perhaps her father. For the moment this not will stand as a corrective elaboration to the texts below that do not mention this aspect of the case. [Robert St. Estephe, Aug. 20, 2016]

FULL TEXT: A horrible case of parricide and double fratricide, has occurred in Stetten, a small village in the department of the upper Rhine. The murderess is a daughter and sister! – her name is Anne Marie Boeglin, a young girl of very attractive appearance, of less than 18 years of age. It seems this unnatural monster has been addicted to intoxicating drinks from childhood, and availed herself of every opportunity, even by theft, to procure liquor. Her father was weak enough to suffer her to go unpunished, until her conduct became so outrageous he besought his eldest son to confine her occasionally to her room. This brother was her first victim. The second undertook the unpleasant charge, and he suddenly sickened and died. The old man was then compelled, too late to restrain her, and was speedily taken ill; and suspicion being now awakened, it was found he had been poisoned with arsenic. He died in a few hours, and upon disinterment of the bodies of the sons, it was found they had perished from the same cause. She had been condemned to the awful death prescribed by the law for the parricide. 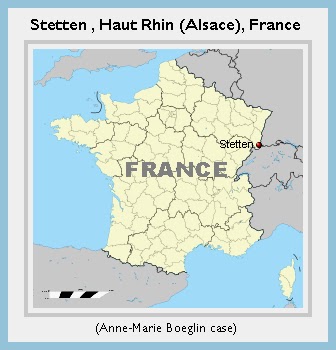 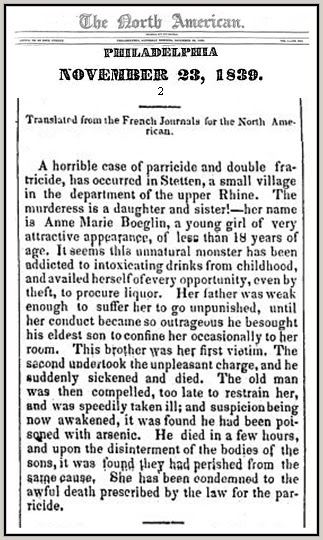 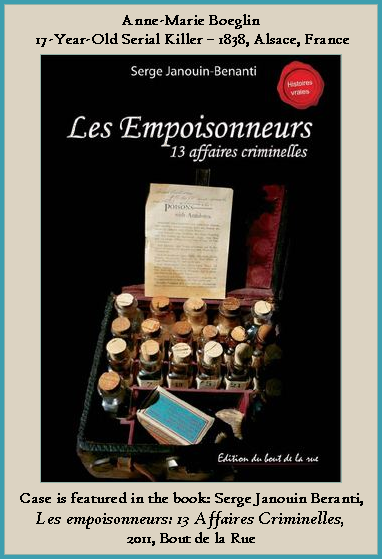