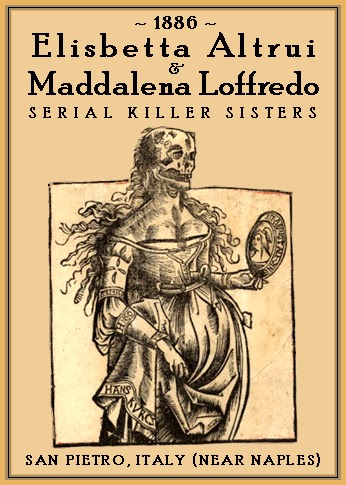 FULL TEXT: A triple-poisoning case is just now causing great excitement among the Neapolitans. Two sisters – Elizabeth Altrui and Maddalena Loffredo – lived with their husbands – Guiliano and Angelo – at the little town of San Pietro. One day a thief escaping from justice with a large sum of money he had stolen took refuge in their house, and a few days after he died suddenly. Two or three months had elapsed, when Guiliano fell ill of a mysterious internal complaint, and his wife and sisters floated the report that he was suffering from cholera. His death soon followed, but excited no particular comment, and suspicion was not aroused till a woman called Michela’s mother, who had merely sipped the same beverage, escaped after suffering great agony. The sisters and Toffredo were at once arrested on the charge of triple assassination, a post-mortem examination having shown beyond doubt that they had poisoned their victims with arsenic. 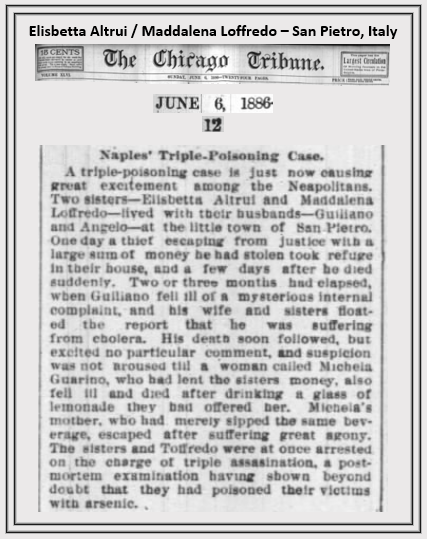