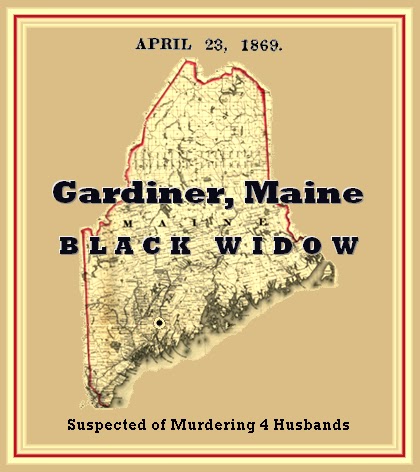 FULL TEXT: The Portland Argus says that an officer arrived there on Thursday week, from Boston, on the way to Gardiner, Me., having in custody a woman eighty-five years old, dressed in black and palsied by the infirmities of age. The charge on which she was arrested is that of murdering her husband. Suspicious circumstances arose at the time of his death, and a post mortem examination of his body proved that he had been poisoned, but his wife had previously left the State. He was the fourth husband the woman has had; the circumstances of their several deaths confirm the belief that she had poisoned them all. 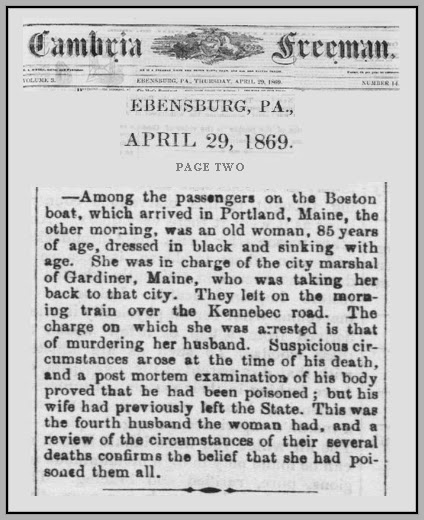