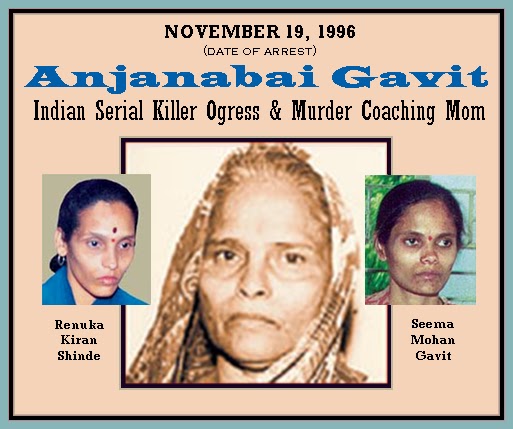 Anjanabai was the matriarch of a family in western India  that kidnapped and murdered children. Her daughters Renuka Kiran Shinde, 29, and Seema Mohan Gavit, 25, and the husband of Renuka, Kiran Shinde were arrested on Nov 19, 1996. The four were accused of kidnapping 13 children under five between 1990 and 1996 and killing nine of them, but only five of the murders could be proved. They abducted children in order to demand ransom and also to be used as as props in their petty theft rackets.

Anjanabai would instruct her daughters to  enter a crowed place where they could easily grab a child.  Festivals, where people were particularly distracted by spectacles provided favorable opportunities. The team would kidnap children from Nashik, Mumbai, Kolhapur and Pune. The child would be kept in their Pune residence.

The two sisters, Renuka and Seema, would carry a child in their arms to avoid suspicion while moving about in crowded places, snatching purses. The children were murdered when they grew too old to be carried about, or if they tended to cry in public and arouse suspicion. 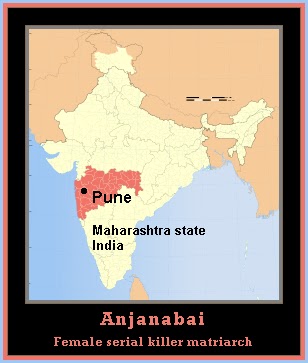 News reports described details of two of the murders:

Outside a temple in Kolhapur, the cries of the child in their possession led to a scuffle. The sisters threw him to the ground to momentarily divert the public’s attention. As they seized their chance to escape, the women picked the severely injured child up and took him along. Later the sisters’ mother Anjanabai killed the child by smashing his head against a pole, police said. Another victim, a three-year-old who talked to passers-by about his parents, was hung upside down from the ceiling and his head was repeatedly slammed against a wall.

Renuka’s husband Kiran Shinde would also act as abductor, snatching children from railway stations, bus stands and temples in Kolhapur, Thane, Mumbai and Nashik. In preparation for the trial, the prosecution offered Anjanabai’s son-in-law immunity for his testimony resulting in the conviction of the ringleader and her two daughters. Anjanabai died in 1997 in custody awaiting trial. On June 29, 2001 the sisters were sentenced to death. In 2004 and 2006 their appeals were denied. To date (July 2013) the sisters still await execution.

Descriptions of several of the murders:

Santosh (18 months-old) – “Santosh began crying one evening at a bus stand. Fearing he would draw people’s attention, the women banged his head against the floor and then an iron pole till he died. His body was thrown under an autorickshaw.”

Bhavna (18 months-old) –  “Bhavna was gagged, bundled into a handbag and dumped in the ladies’ toilet of a cinema.

Naresh (2) – Two-year-old Naresh was starved and beaten to death because he would wail for his mother.”

Pankaj (3 years-old) – “Pankaj would talk to passers-by about his parents. So he was hung upside down from the ceiling and his head slammed against a wall. 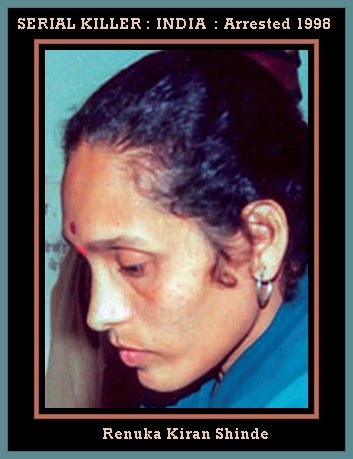 1990-1996 – kidnapping 13 children under five between and killing nine of them, but only five of the murders could be proved. Among the other victims were two 18-month-olds and a two-year-old.

1998 – Kiran Shinde had all charges dropped against him after he turned “approver” (state’s evidence) and testified against his wife and sister-in-law.

June 29, 2001 – After a three-year trial, a sessions court awarded the death sentence to the sisters for the murders of 5 children, named: Santosh (1-year-old), Anjali, Shradha, Gauri and Pankaj. 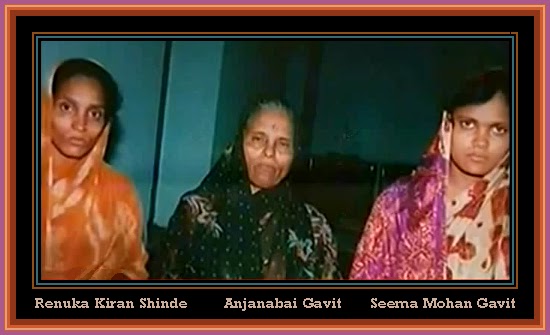 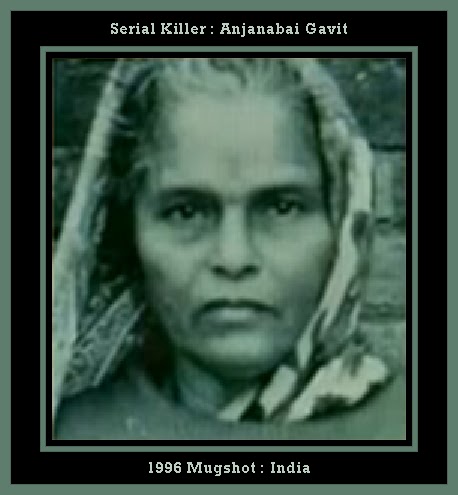 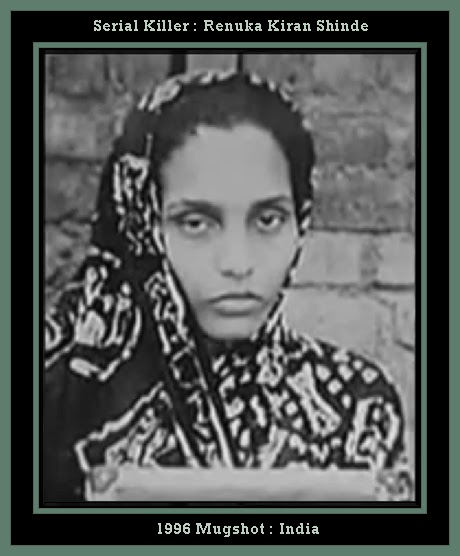 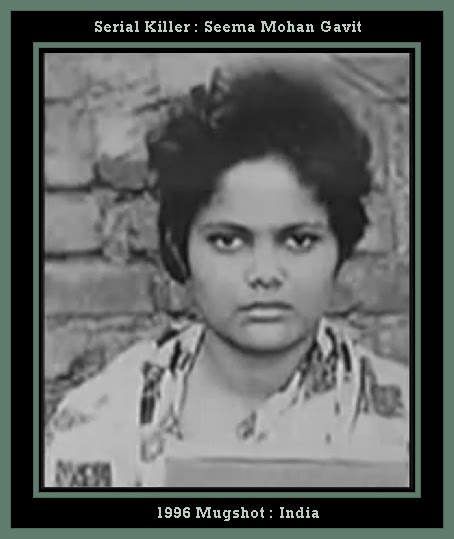 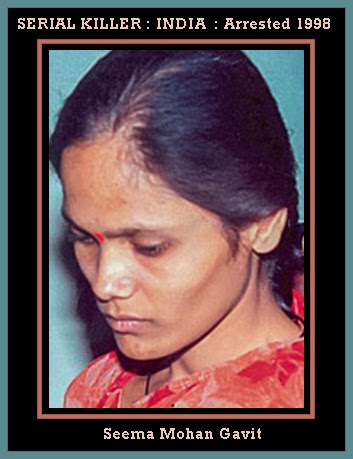