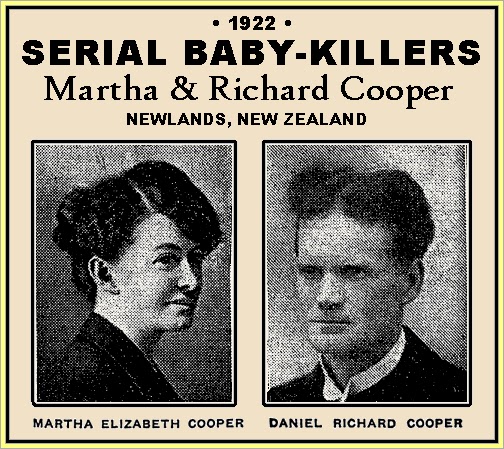 NOTE: Daniel Cooper was an abortion provider.  Together with his wife, he offered an adoption placement service for unwed mothers. This service was a fraud. The couple collected money the from mother and then starved the baby to death. The Coopers were charged with murdering three babies following the discovery of as body of a newborn at Lyall Bay. Daniel Cooper was found guilty of the murders and hanged at the Terrace Gaol on June 16, 1923. Martha Cooper pleaded that she had only taken part in the atrocities because her husband had forced her to, although it was reportedly she who had been the person who had deliberately starved the babies to death. She was acquitted of the charges and left the country soon after.

FULL TEXT: Wellington. Wednesday. – The Court of Appeal this morning delivered written reasons for the dismissal of the application by Daniel Richard Cooper for ,leave to appeal against his conviction for murder.

The Chief Justice, Sir Robert Stout, in the course of his judgment, said that the main reason given by counsel for Cooper in support of this application was that evidence had been admitted with respect to the finding of other bodies than the one in respect of which Cooper was charged with murder, and that such evidence was not admissible until a prima facie case of murder had been made out. I am of opinion,” continued His Honor, that, even if that be the law, sufficient evidence has been adduced to warrant the Court in admitting the evidence. There was some evidence — first, that a child found buried on the prisoner’s property was the body of the child of Margaret McLeod, and it was this child Cooper was charged with murdering. There was evidence to the effect that the body was that of a child about the age her child was at the time of its disappearance; second, that the child had been born alive, and had lived a few days; third, that the child was of dark complexion; fourth, that the sex was the same; fifth, that the child had been given by McLeod to Mrs. Cooper, who was living with prisoner, and that immediately after McLeod was told by Cooper that the child had been given to persons for its adoption. There was evidence that she had demanded possession of the child, and could not get any definite answer as to whom it had been given by Cooper, nor where it was; and the child could not be found. Further, there was evidence that the child had not been adopted. All these facts were put forward in Court before evidence as to other children was advanced.

I am of opinion,” concluded His Honor, that this case is indistinguishable from the case of Makin against the Attorney-General of New South Wales, and Regina v. Dean, and the Court is bound by the decisions in these cases. In view of these decisions, it is clear that evidence regarding other bodies found in the ground at Newlands belonging to prisoner was relevant evidence, and tended to show he had been guilty of killing babies, the custody of which had been granted to him by their mothers. The jury could rightly infer that from evidence adduced.”

Mr. Justice Hosking, in his judgment, concurred with the Chief Justice, that a prima facie case was made out before the evidence objected to was admitted. Mr. Justice Salmond said the case was indistinguishable from Makin v. the Attorney-General of New South Wales, and the admission of evidence objected to was in accordance with the rule laid down by the Court of Anneal in Regina v. Whitta and Regina v. Smythe: Amplication for leave to appeal was therefore refused.. 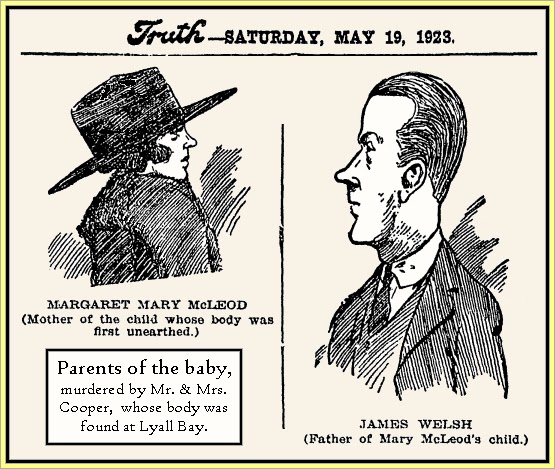