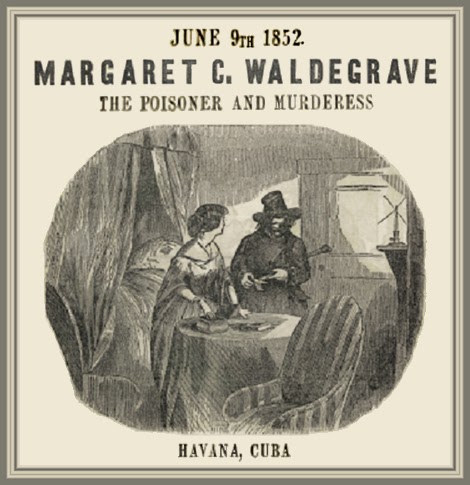 DESCRIPTION: Margaret C. Waldegrave, the most remarkable woman of this age and generation – as all who read her life will testify – Lima, in the valley of the Genesee, of highly respectable parents, – her father being esteemed one of the wealthiest men in Western New York. Her mother dying at her birth, she was brought up with care, and at the age of twelve years was sent to a seminary to finish her education. At the age of fourteen she returned home, where she me with a cool reception from her step-mother – her father having married again during her absence. Soon a domestic revolution drove her from home, and she made her way to Buffalo, where she found employment in a fashionable millinery establishment. Her marvelous beauty attracted many young men who let slip no opportunity that offered to flatter her vanity by praising her beauty. The result was, Margaret was beguiled of herself by the luring smiles and siren songs of those who professed to be her friends and admirers. Her first step in the center of crime was the murder of a little child; and then to bide that she murdered the witness of the deed, by administering strychnine in liquor to him. She then flew to Canada, where she joined fortunes with a notorious gambler and swindler, who took her to Philadelphia, where she left him and flew to New Orleans with that notorious villain, LeHocq, perpetrating many dark and memorable deeds. From New Orleans she flew to Havana, where she finally murdered the members of “The Alumni.” Space will not admit of our saying much more. But full particulars are given in the book written by herself, and edited by Rev. A. Delos Velos of Havana, which shows at once the interest manifested in her fate. 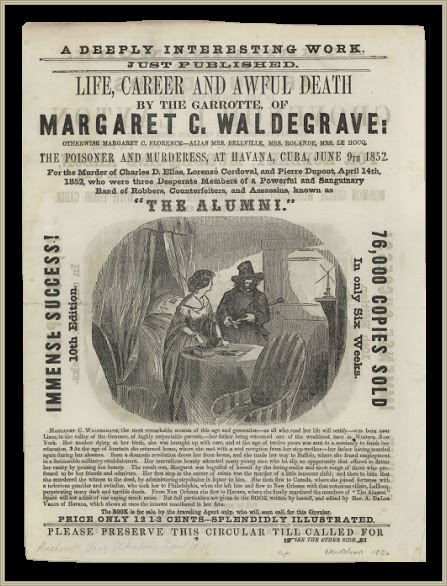 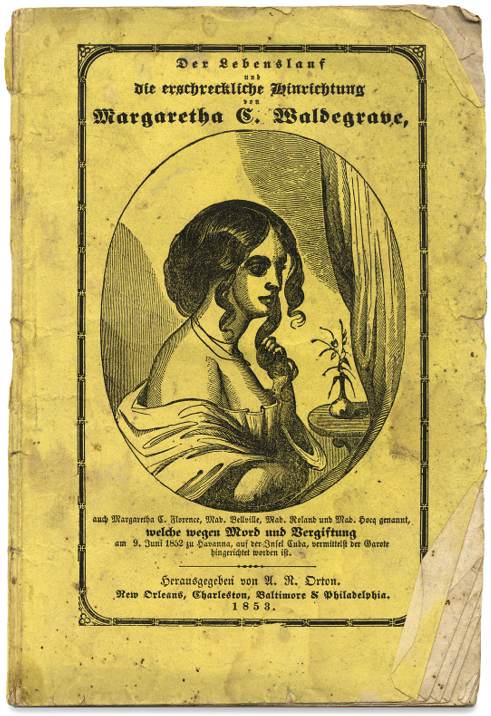