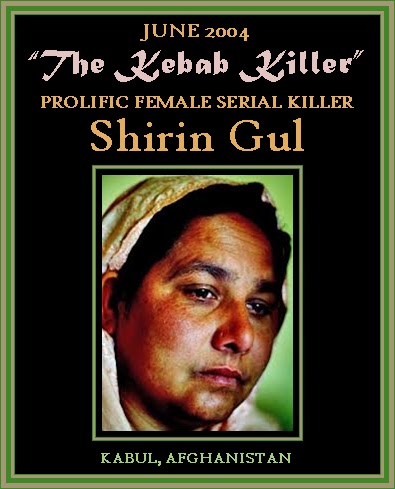 Shirin Gul, “The Kebab Killer,” was convicted in Afghanistan of killing 28 men in collaboration with her husband and his in-laws. The family was part of a large regional gang that specialized in stealing and selling cars, particularly taxis. Accomplices were used to transport taxis over the Pakistani border to the town of Miram Shah, where the cars were sold there for more than $10,000 each. The three accused men admitted that they had invited the men into their home with offers of tea and kebabs, which contained sedatives. Then they would kill and rob them. According to some reports, Shirin would also lure taxi drivers to her house for sexual intercourse.

Her lover Rahmatullah, her 18-year-old son, Samiullah, and four others believed to be involved in the killings. Rahmatullah had murdered her first husband. Police think her first husband, Mohammed Azam, was probably an accomplice in the early murders but was himself killed when Shirin Gul and Rahmatullah became lovers.

During an investigation that began in June 2004 with the discovery of the naked body of a wealthy businessman Haji Mohammed Anwar, near Kabul, He had been invited to the couple's home, ostensibly to discuss a property deal. Soon after the start of the investigation of the Anwar murder, police recovered 18 corpses from under the yard of Shirin Gul’s former home in the eastern city of Jalalabad, and another six at an address in Kabul.

The body of Shirin Gul's 60-year-old first husband was found under the floor of her Jalalabad home. After murdering Azam in Jalalabad, the killer couple moved from to Kabul and lived as man and wife. The murderess liked to spend her loot on gold jewelry and shoes.

Shirin was sentenced to 20 years in prison.  It is thought that she “still runs a mafia-style operation from her cell.” (St. Estephe text) 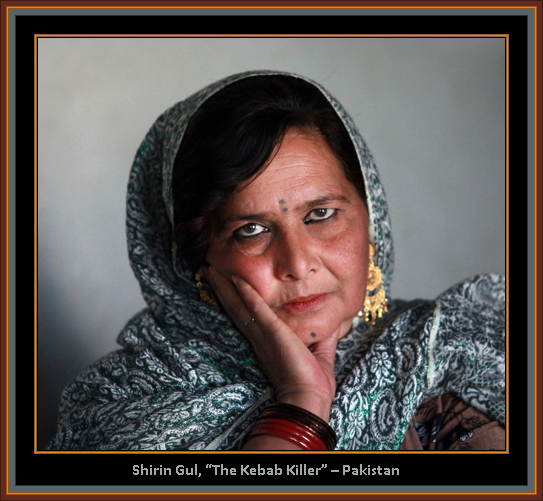 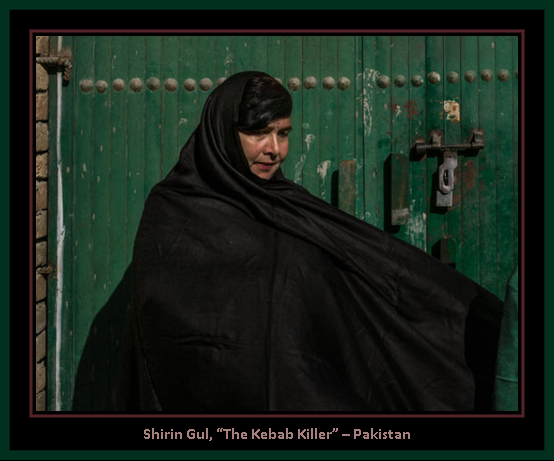 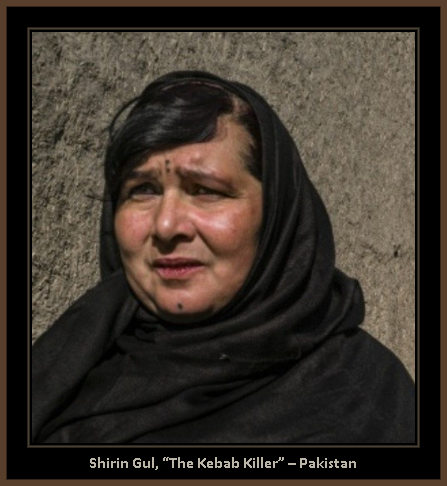