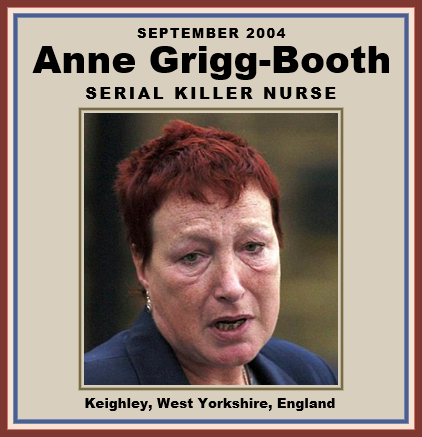 Anne Grigg-Booth was arrested after hospital managers conducted a "routine audit" of drugs usage and found a large number of discrepancies. It is understood that the audit was commissioned as a response to the trial of Harold Shipman, the family doctor who murdered up to 284 of his patients with illicit stockpiles of diamorphine (heroin).

Anne was, according to her colleagues, bossy and eccentric, but also competent and popular. "She was totally in control but did have a bit of a God complex," said one unnamed nurse. "She thought she could do little wrong, even though it went against hospital rules.”

Grigg-Booth was accused of poisoning patients with opiates while she worked the night shift, when doctors are far less likely to pay close attention to the drugs nurses are using. She faced 13 other counts of poisoning her patients, and was suspected in more than 20 deaths in the hospital.

While awaiting trial she met her death on August 29, 2004, through a combination of drugs and alcohol. Some regarded this as an accidental death, others believed it was suicide.

The nurse was known for her domineering personality and was estranged from her family. She was divorced but she had a sift spot for non-humans. Her home was loaded with stray animals. 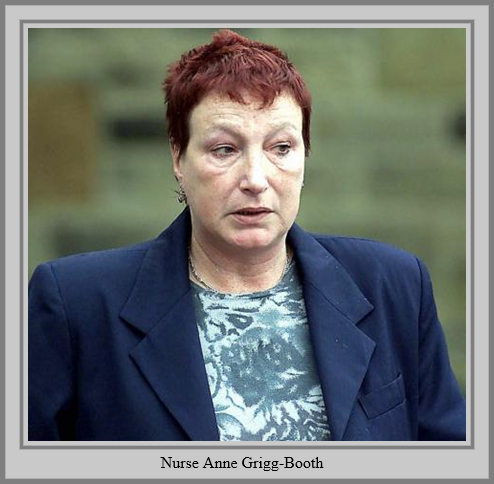 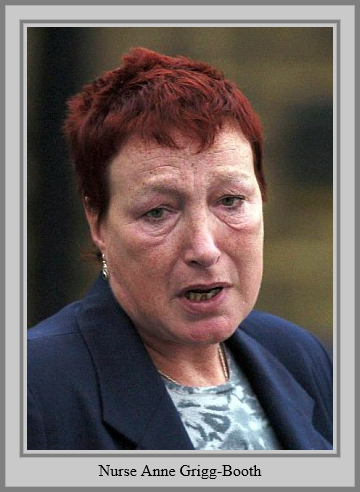