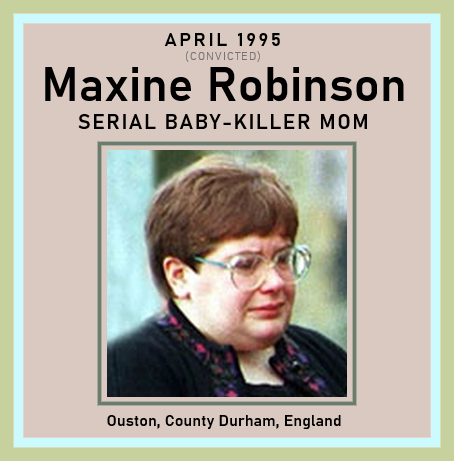 After Maxine and Les they divorced, she married Peter Robinson, the father of Anthony and Christine, who, like their half-sister, were not long for this world. Anthony survived a mere 5 months, Christine did much better, living well past her first birthday, perishing at the age of 19 months. “Cot death” explained the tragedies away, or so it seemed. Police arrested both parents for questioning, but with no evidence or confession there could be no charges levied. Neighbors were convinced the babies had been murdered and hounded the Robinsons from the neighborhood. Peter was sure his wife had done it, too, but could not prove it. The marriage ended.

Years later, Warren Cope, Peter’s brother, disclosed that "Les doted on his little girl. She was rushed to hospital and they said it was cot death. He came home afterwards and he was absolutely broken-hearted. He went on to have a nervous breakdown."

Currently accessible reports do not explain what led to the final arrest of Maxine Robinson. But she was, indeed, again arrested and formally charged. She claimed innocence, but her

Their father, Peter, had carried the sleeping children to bed in their different bedrooms on June 29, 1993, after they had spent a ''gloriously sunny day'' playing in a paddling pool in the garden. Robinson had gone into each bedroom in turn and placed a pillow over the faces of the children. She had then calmly gone downstairs and watched television and later gone into the garden with her husband. Later in the evening, she contrived a way of pretending to discover the children had died by claiming she had heard her little boy crying. [The Herald (Scotland), Apr. 11, 1995]

She announced her faux discovery to her husband, by telling him, without emotion that “I think the bairns are dead.”

Peter, a former security guard, and “neighbours made frantic efforts to revive the children, Robinson had sat motionless downstairs and made no attempt to help. . . . The efforts to resuscitate the youngsters were doomed to failure because they had died two and a half hours earlier.”

It was a three-week trial, ending with two guilty verdicts and a sentence of life in prison. The prosecutor “said there were no plans to look any further into the cot death of Robinson's first daughter,” since there was no evidence to suggest that was anything other than a tragic cot death.”

Maxine was sent to high-security Durham Prison, presumably to protect her from other inmates, a population known to have lethal hostility to child abusers.

It was during a mandatory rehabilitation therapy session, in January 2003, that Maxine finally let down her guard and confessed to the two murders. When later interviewed by police, she shocked them by also admitting that she had murdered Vicky too, by choking her to death with a deflated balloon he had gotten at a “fun fair.”

Overnight, Maxine went from being a cold cucumber pretending innocence to being hotly repentant. She stated she wanted to be properly punished for her deeds.

During the three-week trial for the 1993 murder it was learned that Maxine had a troubled relationship to her own mom -- Ann Leggett, a former Nanny – and felt supplanted as a parent to her babies, stating: "I felt she was the mother and I was only allowed to be there, and even then it was begrudgingly."

The judge stated, when ordering a three-year extension to Mazine’s standing sentence by three years, that the case was a "timely" reminder that "not all mothers in prison for killing their children are the victims of miscarriages of justice,” referring the efforts by gender theory activists to treat female criminals as unaccountable subjects of social oppression. 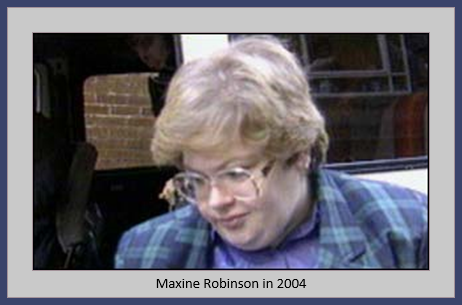 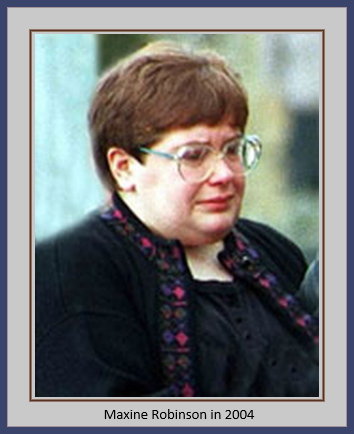