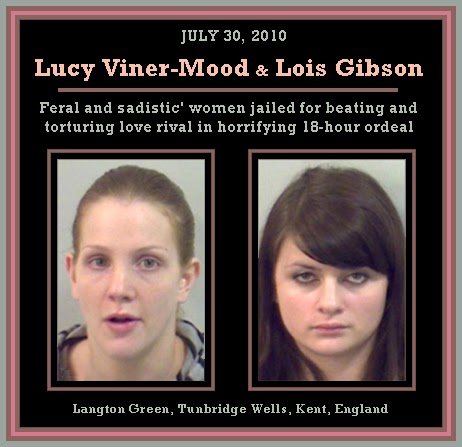 Investigation showed the two had scalded a female love rival with boiling water and sugar during a “sadistic” 18-hour ordeal. They  also cut the victim's hair, knocked her unconscious and woke her up by stubbing a cigarette out on her back. The victim, who was not named in court, suffered burns believed to have been caused by a lighter, two black eyes - swollen to the point where they could not open - and a nasal bone fracture. A heavy metal neck chain was used to hit her around the head and she was kicked and struck repeatedly with a high-heeled shoe during the attack at Viner-Mood's flat.