The 54 Wounds of Aurore Gagnon, Murdered by Step-Mother in Quebec - 1920 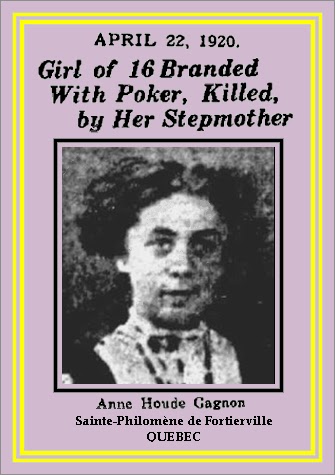 FULL TEXT: Quebec, April 22 – Mrs. Marie Anne Houde Gagnon was found guilty yesterday of torturing and murdering her sixteen-year-old [sic] stepdaughter, Aurore Gagnon, and sentenced to be hanged Oct. 1. The girl, after being beaten, was burned with a red hot poker and made to walk barefoot in the snow was forced to drink poison, the evidence disclosed. The post mortem examination of the body revealed 54 wounds. The defense pleaded insanity.

***
WIKIPEDIA: Aurore Gagnon was the second of four children of farmer Télesphore Gagnon and his first wife Marie-Anne Caron, whom he married in September 1906. In Fortierville, Quebec, a small village on the south shore of the St. Lawrence River, a hundred kilometers southwest of Quebec. The Gagnons’ first child Marie-Jeanne was born in August 1907. Aurore’s birth in 1909 was followed by that of Lucina then Georges in 1910 and Joseph in 1915.

In 1916, not long after Joseph’s birth, Marie-Anne Caron was hospitalized with tuberculosis. Marie-Anne Houde, the widow of a cousin of Télesphore, soon moved into the Gagnon home, claiming she wanted to “take care of the house and children.” She was a 30-something-year-old mother of two sons, Gerard and Henri-Georges. She was born in Sainte-Sophie-de-Lévrard, a neighboring municipality of Fortierville, Quebec. On 6 November 1917, 2-year-old Joseph was found dead in his bed. A coroner’s inquest revealed that it had been a natural death, although some villagers suspected that Marie-Anne Houde might have had something to do with it.

On 23 January 1918, Marie-Anne Caron died of tuberculosis at the Beauport Asylum. The next week, Télesphore Gagnon married Marie-Anne Houde. Although villagers were suspicious when two of her children subsequently died, there was no investigation. Meanwhile, Télesphore was beating Aurore with an axe handle. At age 10 in September 1919, Aurore was hospitalized for more than a month at the Hôtel-Dieu de Québec with a severe leg infection caused by a beating. Upon her release, the beatings resumed. 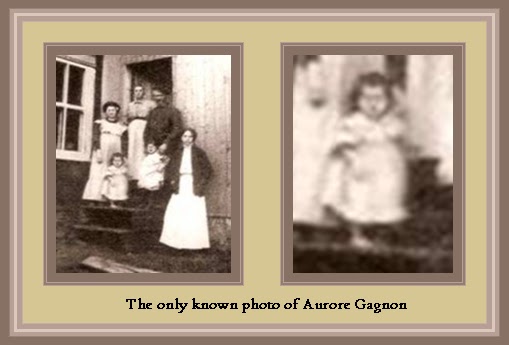 When Aurore died on February 12, 1920, the cause was listed as poisoning. It was not immediately known if she had been poisoned deliberately or if she had succumbed to an infection from her many wounds. Télesphore Gagnon and Marie-Anne Houde were arrested as they tried to leave the church after her funeral on February 19, 1920. Marie-Anne Houde was sentenced to be hanged for murder, but her sentence was commuted to life imprisonment. After serving 15 years she was paroled for “health reasons,” and she died of breast cancer in May 1936. Télesphore Gagnon was convicted of manslaughter and sentenced to life imprisonment, but he was released from prison in 1925 for “good behavior” after serving only 5 years. He returned to his hometown and his previous life, where he wrote several letters to Marie-Anne Houde, still in prison.

After Marie-Anne Houde’s death, Télesphore remarried. He died peacefully in 1961.

Aurore Gagnon remains a popular cultural icon in Quebec, with almost mythical status. Numerous books have been published detailing her life. In 1920, the first dramatic production was written by Louis Petitjean; it quickly became his most famous play. Télesphore Gagnon tried unsuccessfully to block the release of the 1952 film, La petite Aurore: l’enfant martyre. Another film, Aurore, was released in 2005. 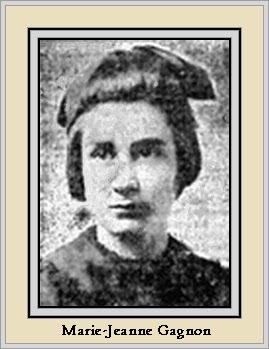 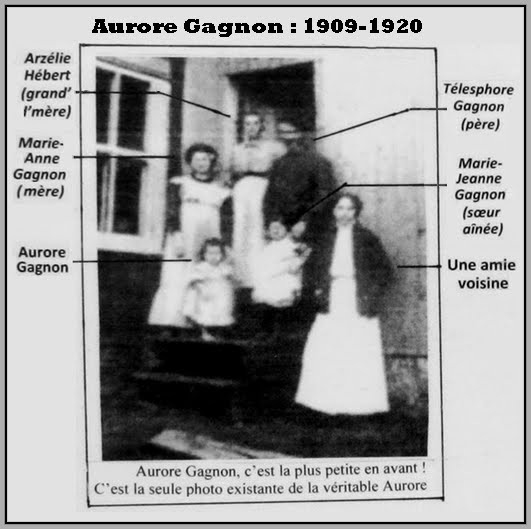 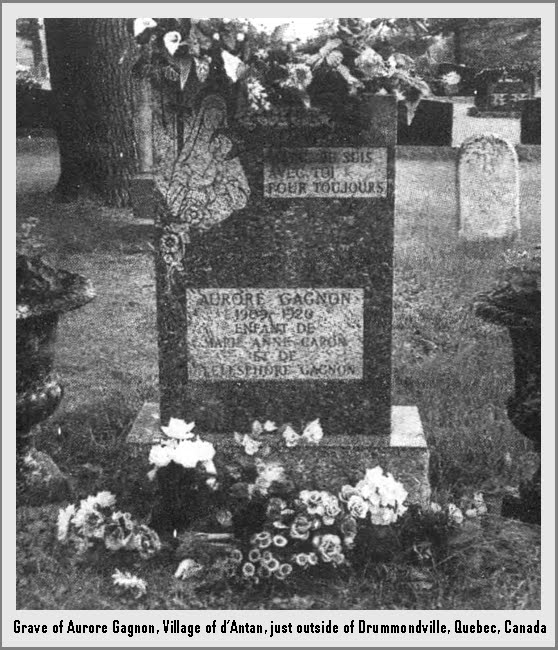