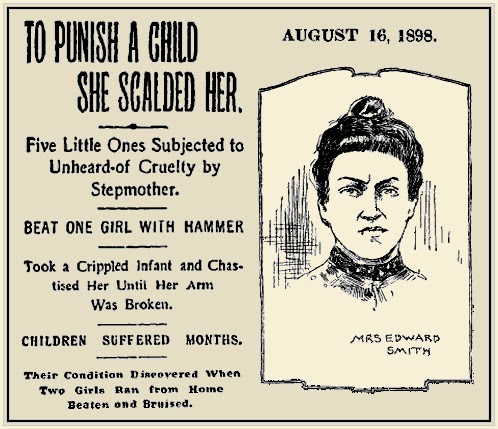 FULL TEXT: Hidden away in the hills of Pompton Lakes is a place of modern inquisition. The horrors, of the Middle Ages were scarcely less fiendish in conception or execution than the punishment of little Alice Smith and her sisters and brother. The simple recital of facts ns told by these youngsters chills the blood, and if punishment, such as law provides, is not meted out to Mrs. Nicholas Smith, then President Arthur W. Bishop, of the Society for the Prevention of Cruelty to Children, will be greatly surprised.

~ She Had Five Stepchildren. ~

A bare outline of the story was told in yesterday’s World, after the case had been brought to official attention. Yesterday these children were seen by a World reporter and their stories were heard.

The domestic history of the Smith family is a story of itself. It is enough to know that Nicholas Smith, a farm laborer, weak and improvident, married a young woman possessed of unusual and pronounced characteristics. Smith was at that time a widower with five children, the eldest, Inez, a girl now fourteen years old. The others are Leah, twelve years old; John, two years younger; Alice, eight years of age, and Katie, a cripple, who is between six and seven. Two children have been born to Mr. and Mrs. Smith since their marriage, three years ago.

~ Neighbors Hear of Her Cruelty. ~

The sufferings of these stepchildren were unknown to the neighbors until a few months ago, when the Smiths moved from Preakness to the estate of Abram Van Houten, two miles from Pompton Village. Then rumors of the stepmother’s savage cruelty were wafted upon the air with the cries of the little sufferers. The home of the Smiths is set well back in the woods and is admirably suited as a place of concealment.

It is known that the youngsters bore cruel treatment in many forms under threats of worse punishment, but the first inkling of the dreadful story was not known until little Inez, fled from the house and sought the protection of her father’s landlord, Abram Van Houten.

A week ago Inez’s sister Alice, a six-year-old girl, frail and delicate, crawled down the road and piteously begged for protection from her stepmother.

Mrs. Van Houten, a great-hearted, sympathetic woman, put the girl to bed and then heard her story. Inez, under close questioning, not only confirmed her sister’s story, but added details of the fiendish treatment, and the case was promptly reported to the authorities at Paterson. 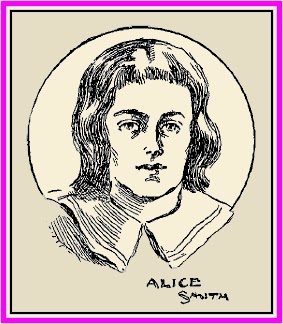 Alice Smith was barely able to walk when seen by a World reporter at Mrs. van Houten’s house yesterday. Great black and blue welts were shown on her body. A black mark across her left leg was the result of punishment which kept her lame for a week. She is a wisp of a child—a mere shadow of what a, child should be at her years. She cried hysterically when telling her story, which she began by showing two cruel marks on her fingers.

“My stepmother hit me here with a hammer,” she said. “She told me that I was a bad girl, and she made me put my hands on the table. Then she brought a hammer from the cupboard and pounded my fingers until I fell down.”

The little girl hid her face in her bands and cried, and then told of other cruelties. She said:

“Once my stepmother said that I had been bad and that she would make me sorry. She put my hands in hot water and held them there, while I cried, and I didn’t know what happened until I saw the skin peeling off my fingers. She beat me so many times that I can’t remember. She struck me with a rope and a big stick, and once she knocked me down and kicked me with her foot.”

The little girl told her story in fragments. Her health is broken; she is nervous and pale and, according to the diagnosis of Dr. Meyers, of Paterson, is suffering from an organic heart trouble.

~Little Inez Tells of the Cruelty. ~

Alice’s sister Inez, who heard the little one’s story, volunteered further details. She said that she saw her step-mother hold Alice’s hands in the boiling water, and she saw her stepmother pound Alice’s fingers with a hammer. Inez, too, had been beaten. She said:

“My stepmother gave a terrible beating to my little sister Katie, who is a cripple. Katie was unable to walk when my stepmother swung nor around the room and struck her until my father said that Katie’s arm was broken.”

Inez said that all of the stepchildren but her brother Johnnie, who was away part of the time, had been beaten by her stepmother.

Mrs. Smith was seen later at her home. She is an Amazon in appearance and manner. She is twenty-five years of age, tall and athletic. She went into a spasm of anger when questioned as to the charges. Her eyes burned and her form quivered with rage. 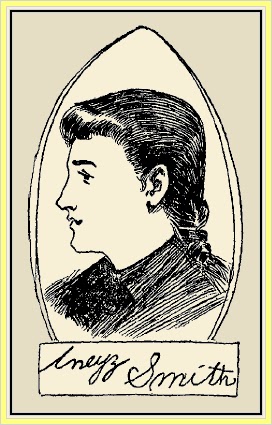 ~ Doesn’t Deny Any of the Charge ~

“Yes,” she said, “I placed Alice’s hands in hot water. She was a bad girl and ran away. She would not mind me and I punished her with a stick. Then she would not obey me and I said I would give her something worse and I pounded her fingers with a hammer, but did not leave any scars and I guess she is all right.

“Inez tells awful lies and I could not train her at all. The children were bad and I had to punish them; that is all there is to it.”

The authorities will begin active proceedings as soon as the location of the home of the Smith’s is determined. A special survey has been ordered to decide whether the place is in Bergen or Passaic County. President Bishop, of the Society for the Prevention of Cruelty to Children said yesterday: “I never heard a more dreadful tale of cruelty. I have investigated the case and am only waiting to learn the location of the Smith house to determine the jurisdiction of the officers, you may rest assured that the case will not go unpunished.’”

I would rather be dead and see my sister Alice dead than live with my step-mother any longer.

My sister and I have laid awake all night crying over the whippings she has given us. She began to whip us as soon as she came to the house. She has often grabbed my hair and thrown me to the floor, and when I was lying flat upon my back she beat me with a rope and stick until my back and legs and arms were black and blue. Then she pounded me with her arm until I was so sore I could not move.

My sister Katie is six years old and a cripple, and could not walk when my step-mother came to our house. Once she grabbed Katie and swung her around the room with one hand and beat her with the other hand. She struck Katie over the arm awfully and my father said that she broke Katie’s arm.

Then she beat my sister Leah so hard that we all cried. She acted crazy when she beat us, and we were all terribly afraid of her. – INEZ SMITH. 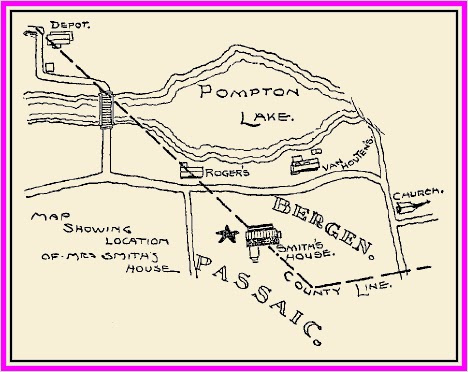 [“To Punish A Child She Scalded Her. - Five Little Ones Subjected to Unheard of Cruelty by Stepmother. - Beat One Girl With Hammer – Took a Crippled Infant and Chastised Her Until Her Arm Was Broken. - Children Suffered Months. - Their Condition Discovered When Two Girls Ran from Home Beaten and Bruised.” The Evening World (New York, N.Y.), Aug. 16, 1898, p. 12]

Email ThisBlogThis!Share to TwitterShare to FacebookShare to Pinterest
Labels: Step-Mother from Hell, Torture