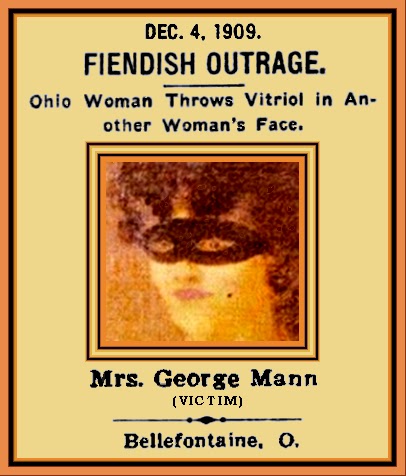 The woman then fled.

Mrs. Mann’s eyes were saved by physicians but she will be disfigured by deep burns. Her husband told the police that he had received letters threatening that he would one day go home and find his wife dead.