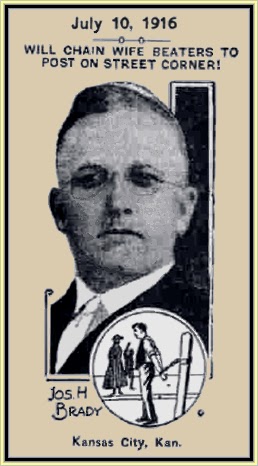 FULL TEXT: Kansas City, Kan. – “To the wife beaters’ post for you” will be the sentence to wife beaters found guilty in Judge J. H. Brady’s court hereafter, according to the judge.

Aroused by the number of wife beating cases that came before him, Judge Brady asked Mayor Green for permission to erect a post at one of the busiest corners of the city. Permission was granted.