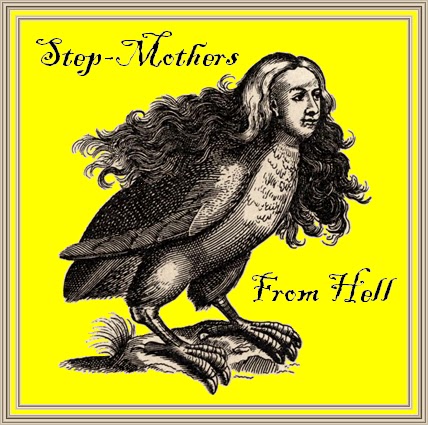 1860 – Elizabeth McCraney – Medford, Otsego, N. Y. (Serial Killer)
"Mrs. Elizabeth P. McCraney, the third wife of Mr. Mc. (who was also her second husband,) is accused of poisoning her husband's daughter, Huklah, a beautiful girl of 17, and now that this murder is out the people believe they shall trace no less than seven mysterious deaths to her agency, including her former husband."

1872 – Wilhelmin Woltmann – Stade, Germany (Serial Killer)
This serial killer of seven persons was executed by beheading. She murdered the parents of the man she loved because they objected to their union. Four other adults she murdered before she married a widower, murdered his children and was finally brought to justice.

1884 – Maria Bruce – Raffahannock, Virginia
“After slapping the girl, this act seemed to work up her fury to a still greater heat, and, setting the iron poker from the fire place, she beat the skull of the little girl to a jelly.”

1887 – Ellen Jones – Little Rock, Arkansas
“[S]he would beat the little child until it would be convulsed with spasms and then strip its clothes off, tie its hands behind it and leave it a prey to the flies for hours.”

1898 – Mrs. Edward Smith – Bergen/Passaic, New Jersey
Inez Smith, 15: “My sister and I have laid awake all night crying over the whippings she has given us. She began to whip us as soon as she came to the house. She has often grabbed my hair and thrown me to the floor, and when I was lying flat upon my back she beat me with a rope and stick until my back and legs and arms were black and blue. Then she pounded me with her arm until I was so sore I could not move.
I saw her grab Alice and put her hands in boiling water. Alice cried, but my step-mother kept her hands in the water. Alice fell to the floor, and the skin pealed off her hands when my step-mother let go of her. Another time I saw my step-mother put Alice’s hands on the table and hold them there. Then she took a hammer in one hand and pounded Alice’s  fingers until Alice cried and fainted away.
My sister Katie is six years old and a cripple, and could not walk when my step-mother came to our house. Once she grabbed Katie and swung her around the room with one hand and beat her with the other hand. She struck Katie over the arm awfully and my father said that she broke Katie’s arm.”

1898 – Martha Place – New York, N.Y.
Murdered her step-daughter, throwing acid in her face and then smothering her. After this she stabbed husband. A famous case. Executed in 1899.

1898 – “Obecse Step-Mother” – Obecse, Hungary [present Serbia]
The stepmother hanged her step-daughter, a little girl of four years of age, on a tree in the garden. She then ordered her stepson, aged ten, to say he had murdered his little sister. The boy refused, whereupon the inhuman stepmother seized him and placed him in a large oven, where she baked her bread. The boy was roasted to death over a slow fire. She then suffocated a third stepchild, aged nine, with a pillow, and strangled the fourth, aged seven, with her own hands.


One of the atrocious crimes in the police annals of the city have just come to light. Mrs. Annie Grabant confessed that she murdered her two stepdaughters, who were burned to death in the home, No. 136 Homan avenue, Wed night. Mrs. Grabant is at a hospital being treated for her injuries which are severe, Frederick Grabant, the husband of the woman, was a widower when he married her six years ago. He had two daughters from the first the second Mrs. Grabant was jealous of the girls and the neighbors say, abused them. She not only beat them, but would, it is said, sear their bodies with hot irons; make them take nauseous concoctions and whip them till they fainted if they made an outcry, thrust them out of doors with little clothing on in the winter time and subject them to the tortures of hunger by making them sit by unfed while her own four children ate their meals.

1901 – Mrs. Stallion – Aurora, Missouri
Mrs. John Stallion and two sons by a former marriage murdered Alice Stallion, her step daughter, aged sixteen. The boys held Alice while her mother broke her skull with a poker. The body was then thrown in the James river.

1903 – “Prenzlau Step-Mother” – Prenzlau, Germany
The woman tortured her five-year-old daughter to death in a series of unbelievably cruel acts.

1906 – Stella Brennan – Minneapolis, Minnesota
Murdered three step-children by shooting them, blaming a fictitious burglar, one child survived and testified against her. A baby was born to her in prison.

1906 – Jennie Anderson – Youngstown, Ohio
The stepmother broke bottles on head of children. She killed one by beating the girl with a nail-studded club.

1913 – Hennie Yates – Troy, Tennessee
Mrs. Hennie Yates, thirty-six, and daughter, Floy Farris, fifteen, charged with the murder of Ligon Yates, twelve, and Ida May Yates, ten. They were the step-children of Hennie and the half-siblings of Floy. Children drowned in creek near home at Troy, Tenn.  Mrs. Yates will give no other reason for committing the crime than: “They made my life miserable.” The woman is apparently rational, realizes the enormity of her crime, but does not in any way show that she is remorseful. . The little girl cowered in a separate cell as far away from her mother as she could get. She declares she is afraid of her mother and assisted in the murder only after she had been threatened with death by her parent if she refused.

1915 – Evelina Steele – Muskegon, Wisconsin
Mrs. Albert Steele, of Muskegon, Wisconsin, murdered her 11-year-old step-daughter out of jealousy for her husband’s love for the child. The murder took place in 1915. Other women have done such things for the same reason, but Mrs. Steele went about her business in a fashion that was unusual. She tied the girl to a chair, blindfolded her and then poured acid down her throat. Then, in an effort to simulate a botched abortion in order to give an explanation for the death as well as providing support for a false allegation of incest to be used after the “abortion” was discovered, the step-mother, mutilated the corpse and threw the naked body in an alley, partially covering it with sand. Mrs. Steele was convicted and sentenced to life in prison.

1920 – Marie Anne Houde Gagnon – Quebec, Canada
“The girl, 16, after being beaten, was burned with a red hot poker and made to walk barefoot in the snow was forced to drink poison, the evidence disclosed. The post mortem Examination of the body revealed 54 wounds.”

1925 – Birdie Strome – Springfield, Ohio (in progress) (Serial Killer)
Step-daughter had predicted own death, died of strychnine poisoning. Mrs. Strome was suspected of being a serial killer (former husband and sister-in-law died of “mysteriously”). She was convicted of the girl’s murder and died in prison not long afterwards.

1928 – Caroline Evanovich – Stark County, Ohio
“The officers declare that the girl did not die from drowning as a result of being pushed into the water but say that the child was struck over the head with some kind of a blunt instrument that caused hemorrhages of the brain and her death.”

1928 – Mrs. Reddick – Fresno, California
After the death of her husband, Mrs. Reddick deposited her daughter in an asylum and her son in a reform school in order to prevent the children from ever reuniting with her natural mother.

1930 – Pearl O’Loughlin – Denver, Colorado
Mrs. O’Loughlin was found guilty last night of slaying her stepdaughter, Leona, 10, whose battered body was found in Berkeley Park Lake, Oct. 17. The child had been fed broken glass, struck on the head with a tire iron and her body hurled into the lake, the state charged.

1935 – Florence Stoddard – Keene, New Hampshire
“Mrs. Florence Stoddard, aged 20 years, was sentenced to imprisonment for twenty-two months in the house of correction upon an admission that she had used a hot poker [an iron stove-lifter, actually] to brand the bodies of her two small stepchildren. The husband originally lodged the complaint and when the police made an investigation they found thirty-six scars on the body of the 10-year-old stepdaughter and twenty-six scars on the person of the 6-year-old stepson.”

1935 – Mildred Schueler – Bridgeport, Connecticut
“They have listened to the story of little Marilyn being tied hand and foot, beaten and crushed to death by the stepmother.” Sentenced to life in prison.

Murdered a husband & 2 teenage step-daughters. She was convicted of the 2 child-murders.

1939 – Anna Louise Sullivan – Milwaukee, Wisconsin (Serial Killer)
She murdered her second husband; attempted to murder her third husband and his two sons and daughter, leaving one son dead, the husband crippled and the daughter very ill.

1953 – Jewell Louise Kelley – Texas City, Texas
According to the attending physician, the condition of the beaten child was worse than prisoners of war from Japanese camps.


1956 – Rhonda Belle Martin –Montgomery, Alabama (Serial Killer)
Mrs. Martin, a waitress from Montgomery, Alabama, admitted slaying her mother, three small daughters and two of her five husbands with poison. She also fed ant poison once was her stepson. He is still alive though paralyzed.