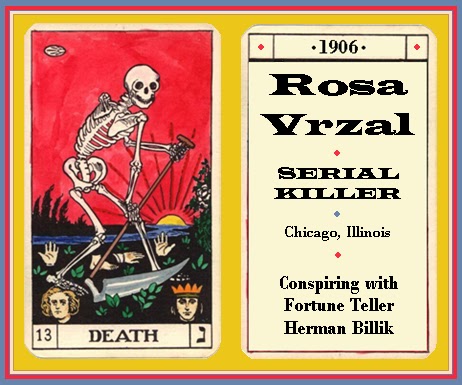 EXCERPT: By December, 1906 police issued warrants for the arrest of Herman Billick and Rosa Vrzal. All six bodies were exhumed and autopsies determined that they had all died of arsenic poisoning. Though they were able to arrest Billick, Rosa managed to escape them by committing suicide with arsenic before she could the police could catch up with her.


FULL TEXT: Chicago, July 6. – Startling revelations of the wholesale murder plot alleged to have existed between Herman Billik the Bohemian fortune teller now on trial in Judge Barne’s court, and Mrs. Rosa Vrzal, one of Billik’s alleged victims, was made to-day by the State’s star witness, Jerry Vrzal, son of Mrs. Vrzal. The remarkable thing about the plot was that it was a mother’s cold-blooded design to kill her own children and her husband and Billik’s avowed purpose to murder his wife and mother.

According to the State’s charge, four of Mrs. Vrzal’s children and her husband were killed by poison in carrying out the plot Jerry Vrzal said Billik seemed to hold a strange hypnotic power over Mrs. Vrzal and after she was called in to reveal the circumstances of the deaths to the police Billik induced her to kill herself.

Besides the insurance father left the property in West Nineteenth street valued at $3,000 which was all paid for and about $2,000 in cash said the boy.

“Billik got practically all the money as well as that collected for my sisters deaths. My mother gave him money repeatedly Jerry said Billik gave him medicine which made him so weak that Dr. Emily Schmidt of Cleveland where he was under treatment told him he could not live more than a few months Billik’s treatment of Jerry which consisted of giving him white powders began after the boy had offered objection to Mrs. Vrzal giving Billik more money. Since the treatment ceased last December after the investigation was begun Jerry had become well.

“Did Billik talk to you about working charms?” asked Assistant States Attorney Poppham.

“Yes,” replied Jerry. “He worked them while father was sick. He said he was going to work a charm because father was unable to sleep.

“Then he took a paper on which I had written my father’s name and the amount of his life insurance and waved it over father’s face talking in a strange voice. Then mother accompanied him to the kitchen and Billik said, “You know in a few days your husband will be dead.”  Then he said something about the spirits were going to take away others in our family, but if I was all right to them that would ‘not kill me.’”

[“Accuses Dead Woman – Son Says She Was in Plot to Kill Four Daughters. – Testimony By Young Vrzal – Declares Mother Was Under Spell of Billik, Chicago Fortune Teller, on Trial for Murder – State’s Star Witness Tells of Having Been Given “Powders” that Nearly Resulted in His Death.” Washington Post (D. C.), Jul. 7, 1907, p. 3] 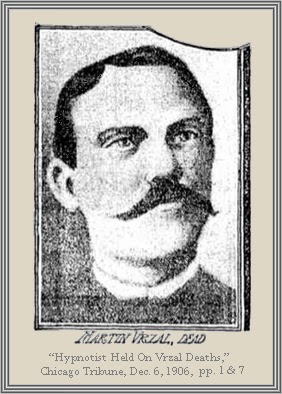 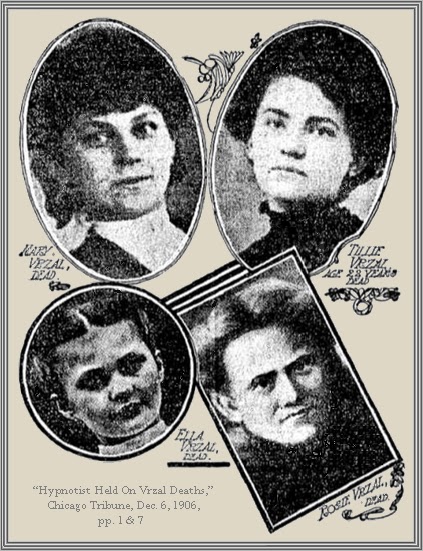 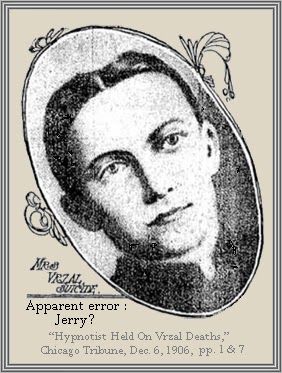 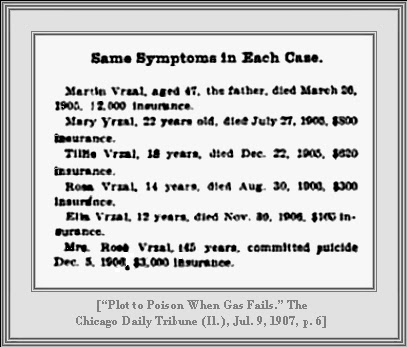 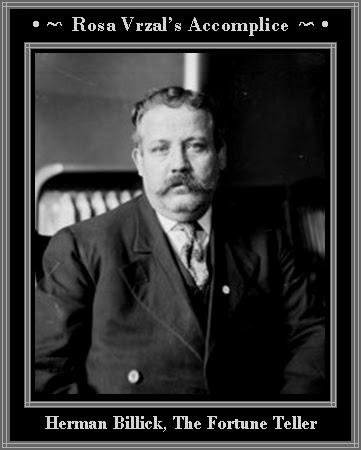 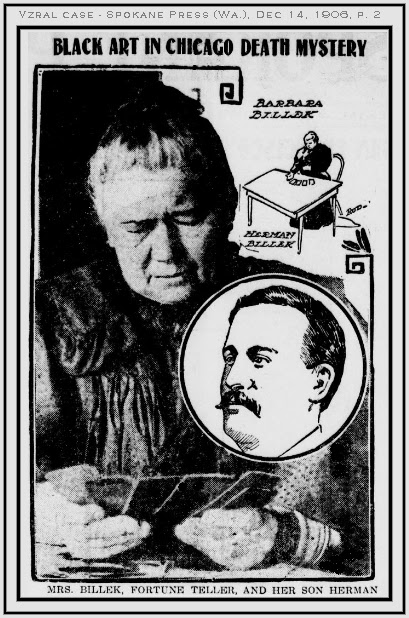 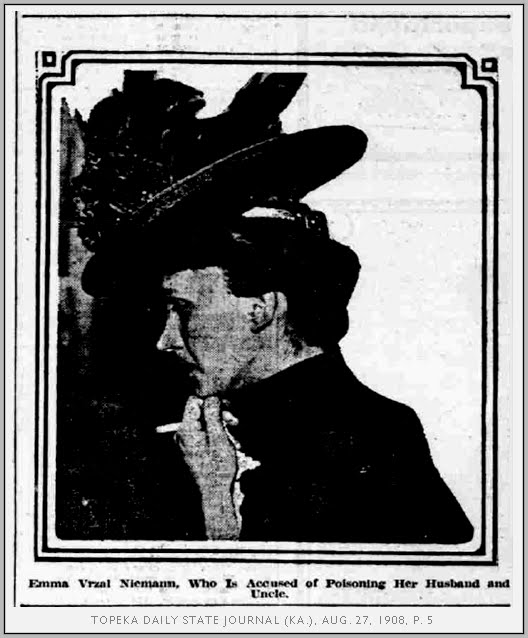 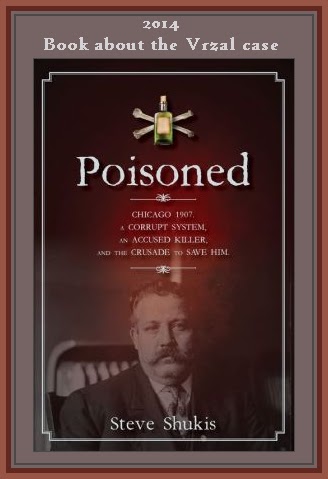