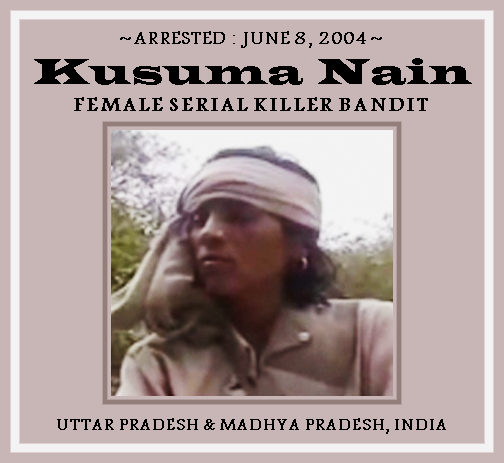 FULL TEXT (Article 1 of 3): New Delhi – An outlaw gang’s leaders killed 13 villagers and burned a woman and her child to death to avenge the killing of three gang members, the United News of India reported Sunday.

The news agency quoted police as saying that gang chieftan Lala Ram-Shriram and his paramour, Kusuma Nain, lined up 13 villagers and shot them to death Saturday night in Asta village near Kanpur, in the northern state of Uttar Pradesh.

They then set fire to several houses, and a mother and child died in the flames, the agency said.

It said the slayings were to avenge the killings of three comrades by a rival gang whose members lived in the village. A witness reported that the bandits entered the village shouting “Teach them a lesson,” and then opened fire.

EXCERPT (Article 2 of 3): Ram Asre Tiwai alias Phakkar Baba, along with his mistress Kusuma Nain and seven more allies surrendered on June 8 [2004]. Ram Asre was a dacoit operating in the Chambal Valley and was responsible for several cases of murder, robbery and abduction in Uttar Pradesh and Madhya Pradesh. According to O.P. Singh, DSP Sikandra, the featuring of Ram Asre’s crimes on “India TV’s Most Wanted’’ played a vital role in the criminal’s surrender. 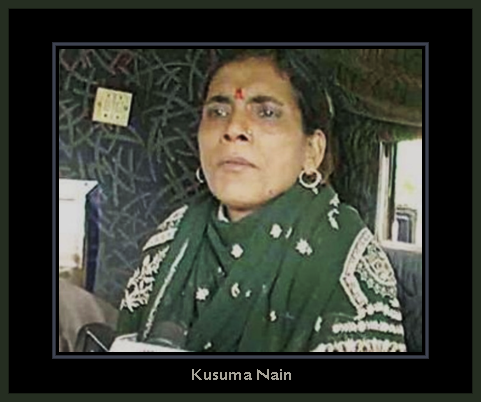 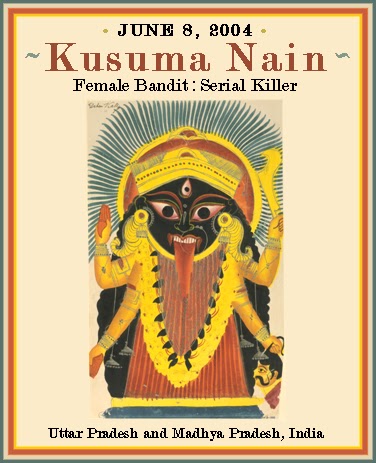