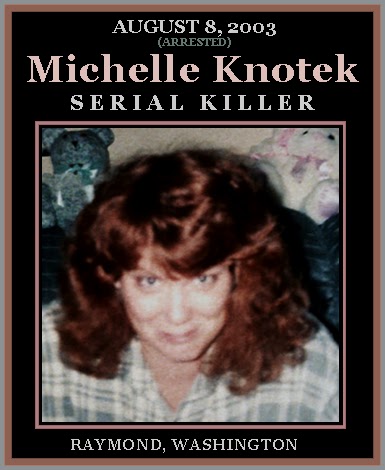 Wikipedia: Michelle Knotek is a former Raymond, Washington, woman who was convicted in 2004 of second-degree murder and manslaughter in the torture and deaths of Kathy Loreno and Ronald Woodworth, who were both boarders in Knotek’s home. Her husband, David Knotek, was also convicted of the murder of his 19-year-old nephew Shane Watson, who lived with the Knoteks. Michelle Knotek was sentenced to 22 years in prison, which she is serving at the Washington Corrections Center for Women in Gig Harbor; her husband David Knotek is serving a 15-year prison sentence at the Monroe Correctional Complex. The Knoteks’ crimes made national headlines due to allegations of abuse and torture.

Kathy Loreno was a hairdresser working in South Bend, Washington, when she met Michelle Knotek, and the two became friends. In 1991 after an argument between Loreno and her family, Loreno moved out of their home and into the home of Michelle and David Knotek. During her stay at the Knoteks’ home, it was alleged that Loreno suffered physical abuse. In 1994, Loreno was reported missing by family members. When interviewed by authorities, the Knoteks stated that Loreno had run away with a truck driver and moved to Hawaii. Michelle Knotek maintained that she and Loreno were in regular contact. However, a private investigator hired by Loreno’s brother concluded that she had probably been murdered by Michelle Knotek. David Knotek claimed that Loreno died by asphyxiating on her own vomit, but he did not take her to a hospital or report her death to police because of the physical injuries to Loreno’s body.

Shane Watson, born in 1975 in Tacoma, was Michelle Knotek’s nephew. Watson moved in with the Knoteks around 1993. Shortly after Loreno’s disappearance in 1994, Watson seemingly vanished too. The Knoteks initially claimed that Watson had run away to Alaska to work on a fishing vessel. David Knotek later claimed that he had shot Watson with a .22 caliber rifle. Investigators alleged that David Knotek killed Watson because Michelle was enraged that Watson took pictures documenting the abuse of Loreno. David Knotek also stated that he burned the bodies of Shane Watson and Kathy Loreno and scattered their ashes at the beach.

Ronald Woodworth was a local man who went to live with the Knoteks around 2001. Like Kathy Loreno, Woodworth was also subject to severe physical abuse. Witnesses described seeing Woodworth being forced to do chores outside wearing only his underwear, and to jump from the second story roof onto gravel, wearing nothing on his feet causing broken bones and severe lacerations. They also claimed that Michelle Knotek would burn Woodworth’s injured feet with boiling water and pure bleach. Woodworth went missing in 2003. David Knotek later admitted to burying Woodworth’s body on their property after Michelle told him that Woodworth had committed suicide. An autopsy performed by the King County medical examiner proved that Woodworth’s death was murder.

• James “Mac” McClintock [not in Wikipedia]

James “Mac” McClintock, 81, was a Pearl Harbor veteran, retired merchant crewman and widower. He was adored by his neighbors and popular in the community. About 8 years ago, Mac put his wife, Mary, into a nursing home, and lived alone since. Mac went everywhere with his black Labrador “Sissy.” Mac loved the dog so much that he wanted Sissy buried next to him. September 2001, Mac hired Michelle to care for him. Neighbors heard Michelle screaming at him abusively several times.

Mac wrote a will, leaving his estate, his dog, Sissy and over $5,000.00 to care for his dog, to Michelle, whom he listed as a “friend.” Mac willed Michelle ownership of his estate to take place at Sissy’s death. Mac had several strokes and heart problems, but got around in a motorized cart. He often fell out of his motorized wheelchair, requiring medical aid. Between a 3-4 year period, McClintock called for aid 70 times. But was never seriously injured.

Feb. 9, 2002, James “Mac” McClintock died after “falling” in his home. Someone was in the home when he fell. Michelle called 911 to report he had fallen. Police Chief Dave Eastham said Mac did live long enough to talk to deputies and did not mention foul play.

Michelle took the lead in handling arrangements after his death. Michelle took Sissy and received at least $5,000 from the estate to care for the dog until it’s “death.” Six months later, Michelle reported Sissy died, which meant Mac’s house valued at $140,000, was now Michelle’s.

The death certificate lists the cause of death as “acute subdural hematoma, blunt impact to head.” The doctor who examined his body ruled the manner of death “undetermined.” After examining Mac, the doctor referred the death to the Pacific County coroner, David Burke, who is also the county’s prosecuting attorney.

It is unclear if the office ever looked into the death but the case will be reopened.

Michelle lied about Sissy’s death to take ownership of the home. In fact, Sissy, an older female black lab, came up for adoption when David released their pets for adoption after his arrest. Sissy was identified by the local vet who had treated her when Mac was alive.

After McClintock died, Kaye Thomas, a former Pacific County Sheriff’s Office employee, Kathy’s mother and a friend of Mac’s requested the Pacific County Sheriff’s Office to investigate McClintock’s death. Michelle was taken into custody at the home she inherited from Mac. She was taken without incident. Didion said he was not aware of any attempts by to get authorities to look into McClintock’s death. [McClintock section from: Kari Sable, “A final refuge for those down on their luck: The Raymond, Washington torture-slaying investigation,” TrueCrimeJustice.com]

Through plea negotiations, both Knoteks pleaded guilty to lesser charges in 2004. Michelle Knotek entered an Alford plea, in which she did not admit responsibility but acknowledged the prosecutor’s case against her. She pleaded guilty to one count of second-degree murder and one count of manslaughter. While an initial agreement with prosecutors would have sent her to prison for 17 years, the judge sentenced her to 22 years in prison. David Knotek was sentenced to 15 years in prison for the second-degree murder of Shane Watson. He is eligible for parole in 2019. The daughters communicate with him, but not with their mother, because they believe any contact with her would endanger them and their families.

Michelle Knotek later tried to have her convictions overturned, but her appeal was denied by the Washington Court of Appeals.

The Knoteks’ case has been featured on several television programs, including Wicked Attraction, Sins and Secrets, and Snapped. 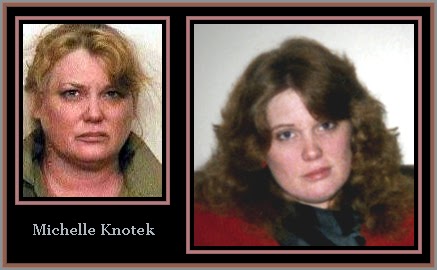 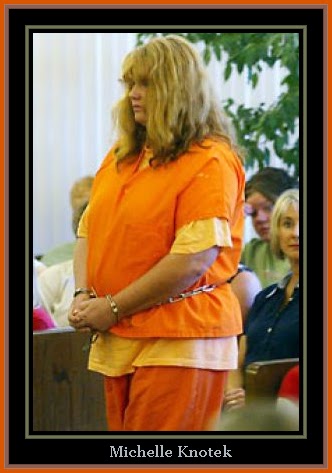 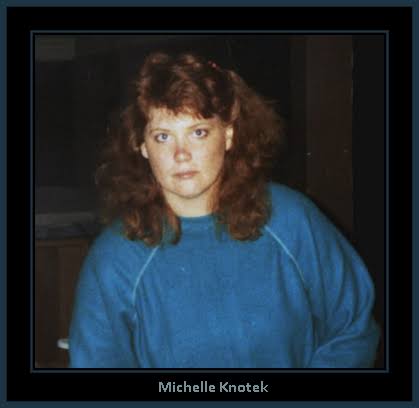 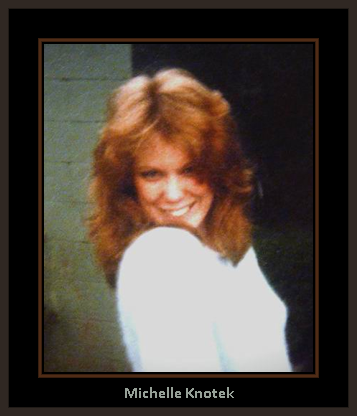 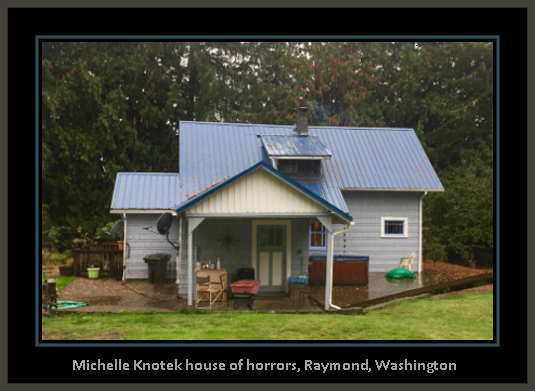 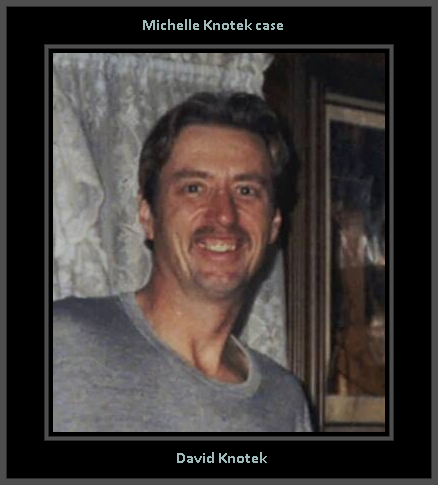 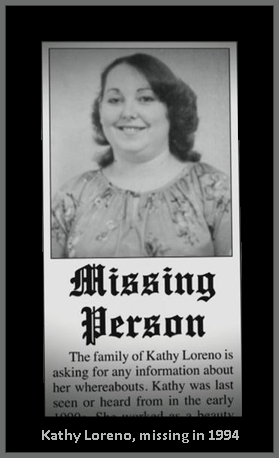 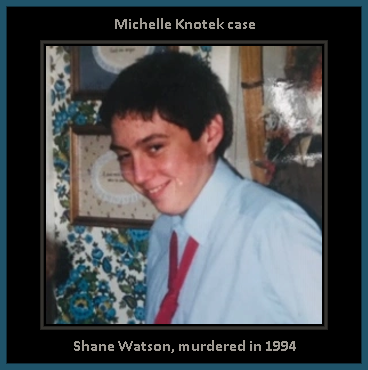 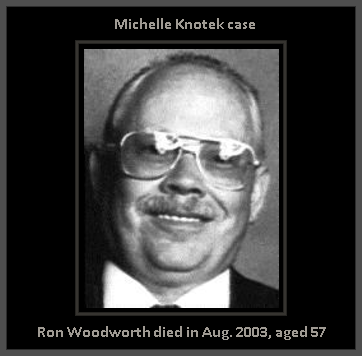 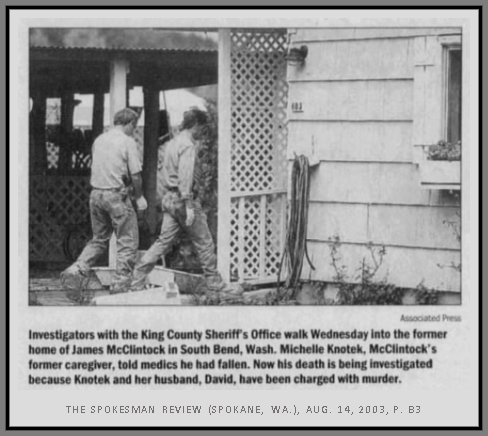 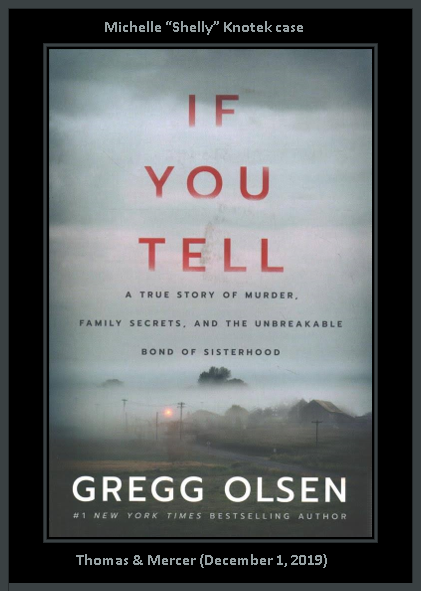