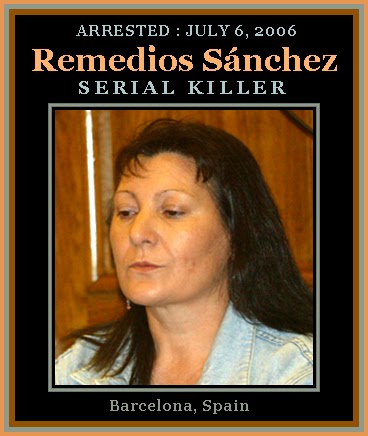 NOTE: The Wikipedia page on the case gives the name as:  Margarita Sánchez Gutiérrez.

On July 6, 2006, Remedios Sánchez Sánchez, 48, following a police search of her home in Barcelona, was arrested.  She was charged with a series of attacks on elderly women whom she robbed, three of whom were murdered and five others who survived stranglings. Sánchez was apprehended by police in a gambling parlor playing a slot machine.

The investigation was complex and time-consuming and the trial did not take place until 2008. July 3, 2008 Sánchez was found guilty of three murders and four attempted murders. She was sentenced to 144 years in prison and ordered to pay restitution to  victims’ families totaling 442,130 euros. 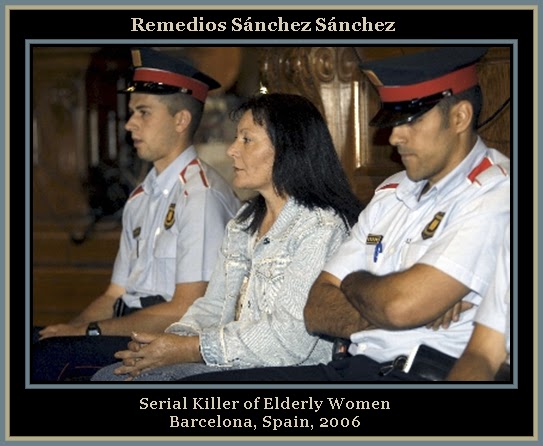 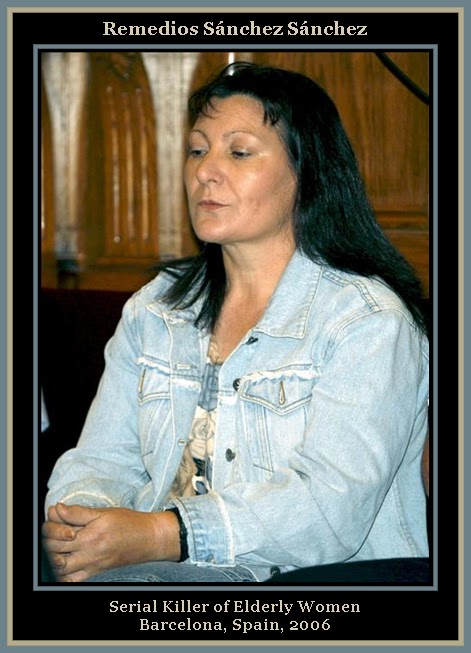