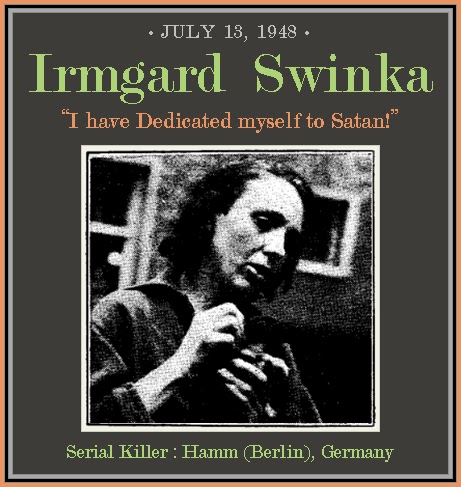 FULL TEXT: Irmgard Swinka-Kuschinski, 36-years-old, was the last person to ever be sentenced to death in the West German Republic. But she was saved from the gallows by the passing of a law eliminating the death sentence in West Germany.

Irmgard Kuschinski, maiden name Swinka (the name most commonly used in reports on her case), a 36-year-old waitress was, along with accomplice 42-year-old Ernst Himpel (and occasionally others), murderous robber who roamed Germany in the years following the end of World War II, preying upon elderly women. She presented herself as a Good Samaritan, always ready with a cup of tea or coffee, cigarettes or some other comfort for her lonely prey. The offerings – including the cigarettes – were poisoned with a concoction of sleeping pills and morphine. Once the victim was unconscious, Irmgard and her accomplices looted the home, grabbing “money, jewelry and food stamps, and often completely worthless things.”

Swinka had stolen the drugs she used on her victims. In 1947 she had been prosecuted for theft of drugs from a former SS medic, working in a Berlin refugee camp

The 36 year-old waitress, was the object of a year-long police hunt in both the the East and the West occupied Zone. Her photo was placed in newspapers resulting in a woman from her home town near Hamm recognizing her and provided police with her address.

During the final weeks of their spree, the killers forced one of their final victims, Minna S,  to write a “suicide note” before she passed out from the drugs Swinka had dosed her with. But Minna survived, just barely, and was able to provide police with a description of her assailants. In July of 1948, Helene S. (63) became Swinka’s final murder victim.

On July 13, 1948, Swinka and Himpel were captured in Unna resulting from a woman on the Dortmund-Unna train having recognized the surly disheveled Himpel on the train, who face she knew from a “wanted” photo distributed by police. The woman alerted the railway police.

Swinka was soon found by police in a restaurant in Unna. In her possession were numerous false identification papers. Police found Himpel in the vicinity in the process of searching out suitable burglary targets, and arrested him. Both were taken to the police prison Cologne, where they were put under suicide watch.

Following her arrest, Swinka was, apparently, hoping to avoid the death sentence through establishing an insanity defense through behaving as eccentrically as possible, announcing to her three cellmates in the Bonn Court prison: A prison official, hearing what he regarded to be utter nonsense barked out to Irmgard, telling her:

“If I say just a few words to Satan he will appear to you and you will know for sure!”

These “Satanic” episodes were recounted before a jury in Cologne beginning on April 21, 1949, during a hearing process which included 235 witnesses and 40 experts. The prosecutor has brought charges of six counts of murder and ten for attempted murder.

The Swinka case played a large part in the public debate in the new West German Republic over whether the the death sentence ought to be abolished, the “retentionist” faction arguing that Swinka provided a good example of why retaining capital punishment was the wiser choice.

On May 7, 1949, Irmgard Swinka was found guilty of multiple murders and attempted murders and was sentenced to die by hanging. The day before, however, capital punishment had been formally abolished.

After her conviction, Swinka’s defense lawyer described his client as “unscrupulous, lazy, shiftless and a liar.”

In 1987, Swinka was pardoned by Prime Minister John Rau. At 74, under the false name of “widow Moser” she was placed in an old age home near Aachen. She stayed there until her death at the age of 76 from heart failure in October 1988. 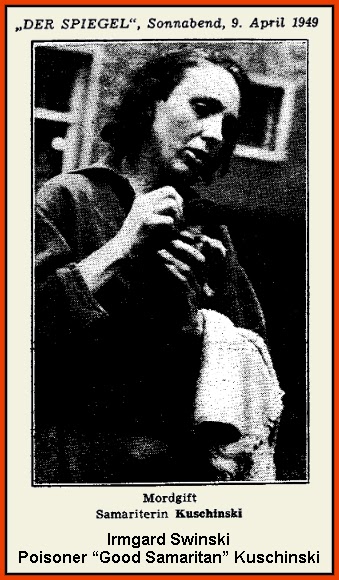 FULL TEXT (Article 2 of 4): Hamburg, Germany – German police said Wednesday [Jul. 13, 1948] they had arrested a woman they accused of killing six housewives by poison. They identified her as Irmgard Kuschinsky, 36.

The police said the woman, a resident of Hamm, entered 20 houses on various pretexts. Once inside, they said, she would offer the housewife a cigaret or some packaged tea or coffee.

The gifts were poisoned and when the hostess collapsed, the Kuschinsky woman would rob the house, police said. They said six victims died and the others became ill, but survived.

FULL TEXT (Article 3 of 4): Cologne, Germany, May 7 – Irmgard Swinka, 37-year-old Berlin waitress, was sentenced today to be hanged for murdering five elderly spinsters with poisoned cigarettes. After giving the lethal cigarettes to her victims, she robbed them.

She may escape the gallows, however. The West German Constituent Assembly voted Friday [May 6] to abolish the death penalty.

The 37-year-old woman had offered poisoned cigarets and drugs to elderly spinsters and robbed them of their belongings.

Two accomplices were given prison terms of three years and life.

It is not certain whether Miss Swinka will be executed since Western Germany’s constitutional assembly at Bonn has voted to abolish death sentences under the new West German government. 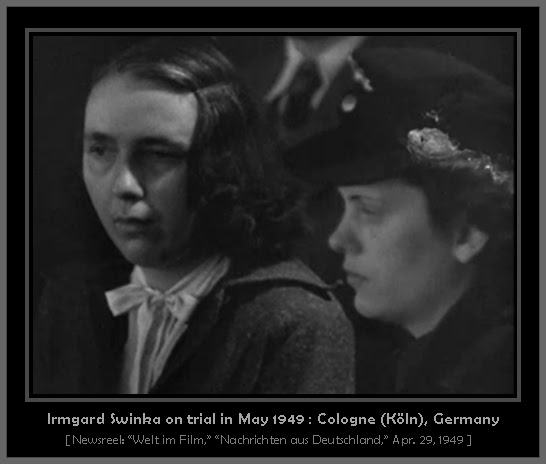 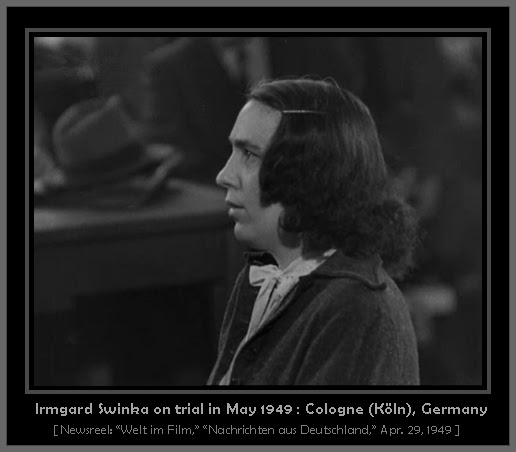 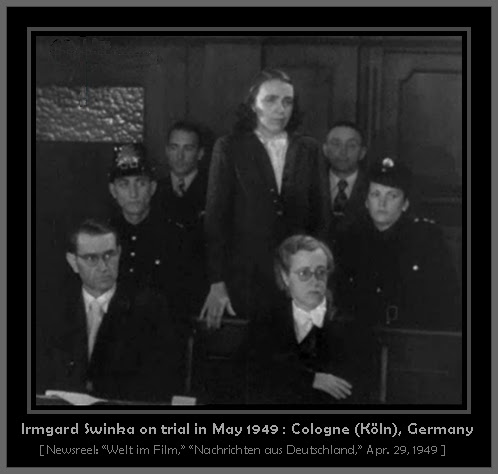 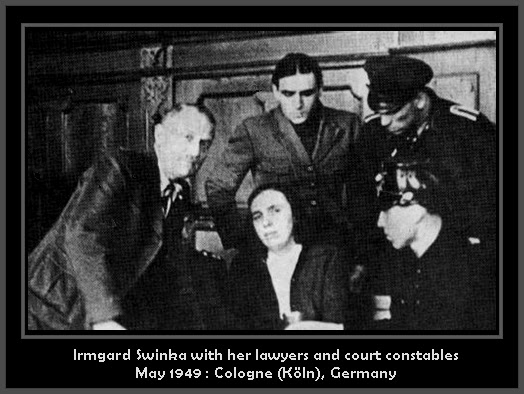 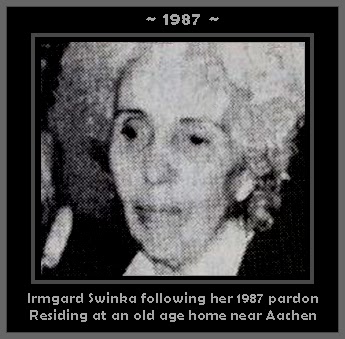