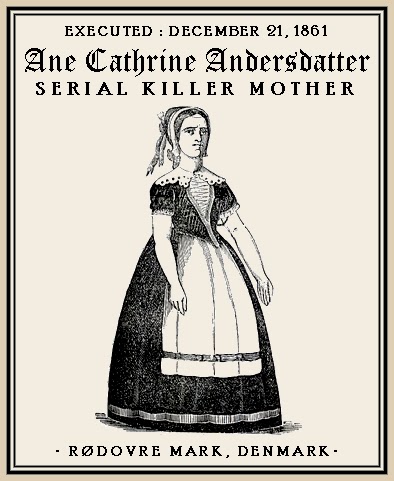 On Saturday, December 21, 1861 at 8 in the morning Ane Cathrine Andersdatter was beheaded at Rødovre Mark, north of Damhuskroen, Denmark. She had deliberately and in cold blood murdered three of her four children.

Ane Cathrine was born October 30, 1829 in Karrebæk at Kotri. She was a domestic servant. She gave birth out of wedlock to a girl on January 8, 1853 at the Royal Birth Foundation. The father, a farm laborer, provided no financial assistance. She drowned the baby in a ditch near Vigerslev Mark, placing the baby the icy water, and held her head under until she died, afterwards burying the corpse in a hole Ane dug with her bare hands. The body was never found.

In the summer of 1854 earned Ane Cathrine on the farm Barfredshøj in Ramsø. Here she met a laborer, and it was intended that they should marry. Karlen broke her vows, and when Ane Cathrine was pregnant with her second child, she knew that her situation was again impossible.

On April 3, 1855, she gave birth to a boy, fathered by a fiance who broke his vow. She was to start a new job on April 24. She contacted the father, who was working on a farm near Rødovre but to no avail. She threw the baby in a well. Though the corpse was discovered a month later police never discovered its identity.

~ A Child Who Survived~

In 1856 Ane Cathrine gave birth to another boy. The father was a laborer who took care of the baby and brought it to his own mother, who raised the child.

On February 15, 1861, Ane gave birth to a son with a family in Borgergade, where she had been referred to the Birth Foundation. After telling a series of lies to prevent detection, on March 5 she drowned the boy in a well in Damhussøen – at the corner of Rødovrevej and Rødager avenue. She later announced that the child had been turned over to foster parents, consistent with the false story she had broadcast earlier.

On March 30, 1861 found the body of the little boy was discovered. Police learned that Ane had been spotted making repeated “suspicious” excursions carrying the baby. She confessed to the the murder under investigation as well as the two earlier killings. Ane was convicted of murder and sentenced to death. Ane Cathrine Andersdatter was executed by beaheading on Saturday, December 21, 1861 at 8 in the morning at Rødovre Mark, north of Damhuskroen, Denmark. 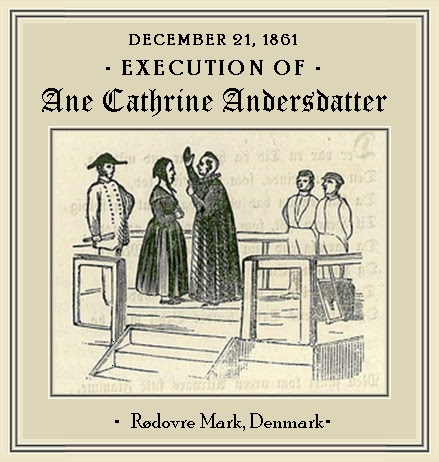 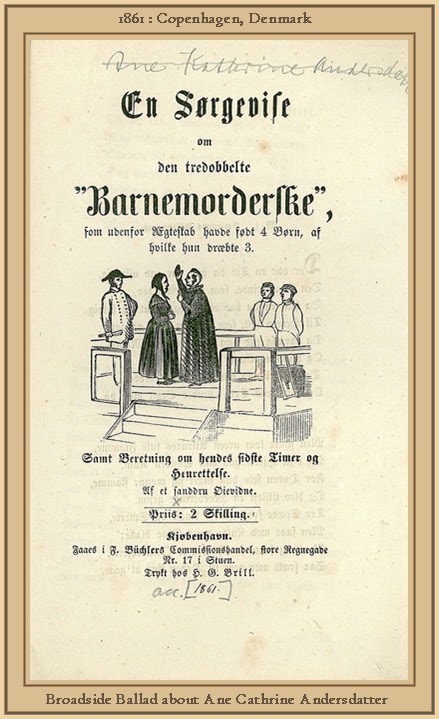 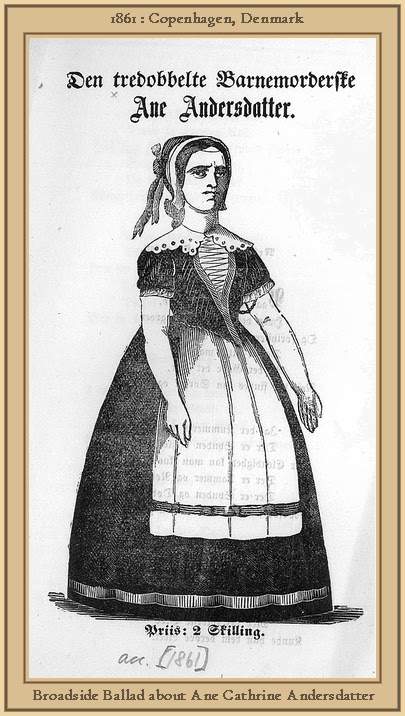 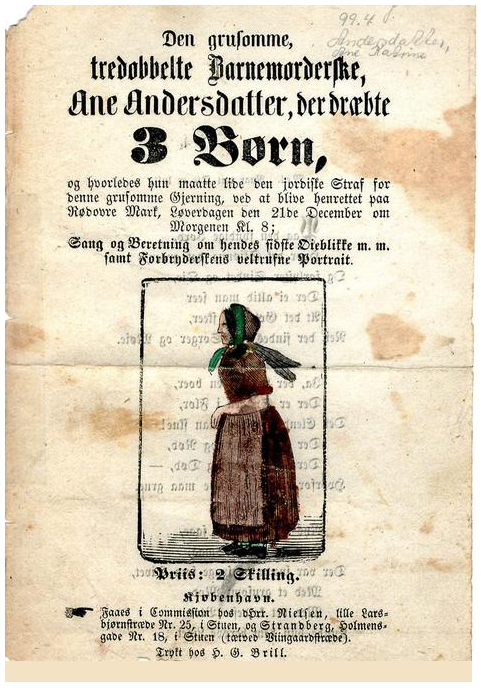 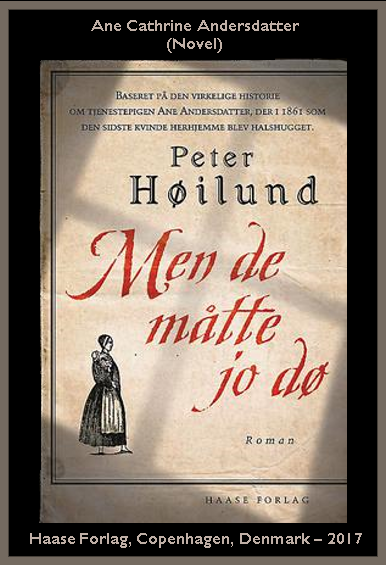