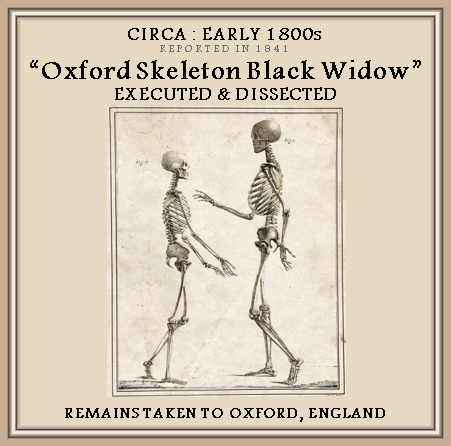 Although this case was reported in newspapers in 1841 for its curiosity value we cannot assume that the execution was of recent date.

FULL TEXT: In the anatomy school at Oxford, England, among other curiosities, they show the skeleton of a woman who had had ten husbands, and was hanged at the age of thirty-six, for the murder of four of them.

NOTE: The Murder Act passed in Great Britain in 1752, which meant that only corpses of executed murderers could be used for dissection.