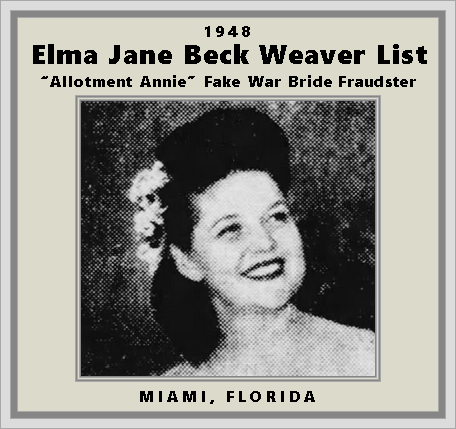 Mrs. Elma Jane Beck Weaver List was given a year’s suspended sentence, placed on three year’s probation and ordered to make restitution of $200 to the male owner of the Weaver part of her name.

Mrs. List admitted the juvenile delinquency count before Holland. The violation of the Servicemen’s Dependent’s Allowance Act was dropped because she was under-age at the time she was charged with cashing her first husband’s checks while married to the second. 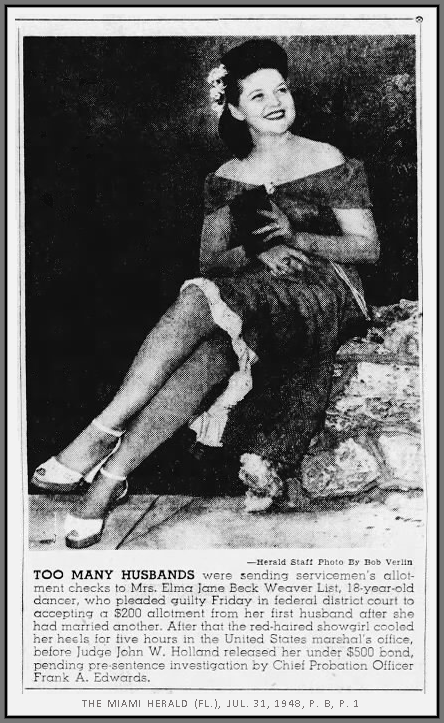