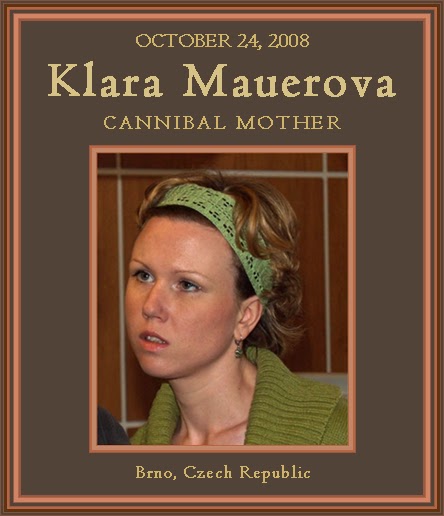 In 2008 31-year-old Czech mother Klara Mauerova tortured her two sons, 8-year-old son Ondrej and Jakub, 10,  over a period of six months. She stubbed cigarettes out on their bare skin, whipped them with belts and tried to drown them. Eventually Klara decided to slice off sections of Ondrej’s skin and forced him to eat it. Karla’s sister, Katerina, helped her in executing the tortures. Other relatives, among them Barbara Skrlova, partook of the human flesh Klara provided. After their rescue from their single mom, the boys said they were kept in cages or handcuffed to tables, sexually abused, forced to cut themselves with knives,  and made to stand for days in their own urine.
Klara claimed the activities were not her fault and that she had been brainwashed by Barbora Skrlova. She explained herself in vague terms using the passive voice: “Terrible things have happened. I realize it and can’t understand how I could have allowed it.” During the trial the defense claimed that the abuses were coordinated via text messages sent by a leader of the Grail Movement cult, of which the defendants were members— who was known only as the “Doctor.”
The Czech Republic court in Brno sentenced the mother, Klara  Mauerova, to nine years in prison. Her sister Katerina given 10 years. Barbora Skrlova, 34, got five years. Three others who took part in the abuse were also given jail terms: Hana Basova, 28, and Jan Skrla, 25, 7 years each; Jan Turek, 5 years. [UhoM]
*** 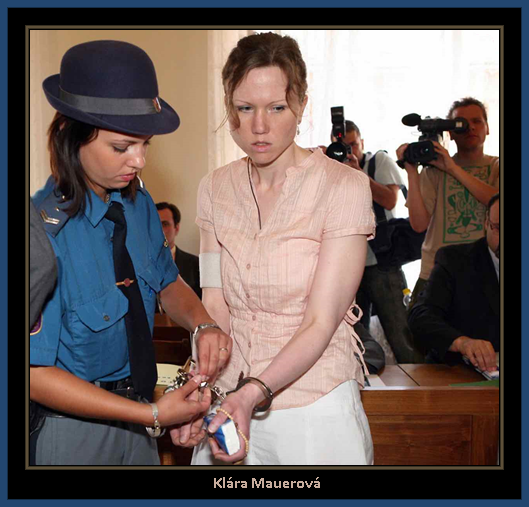 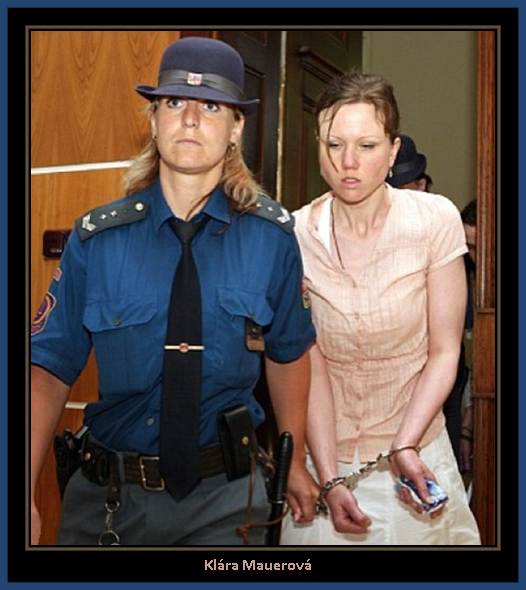 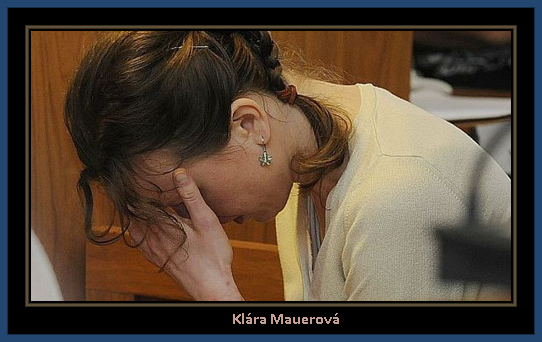 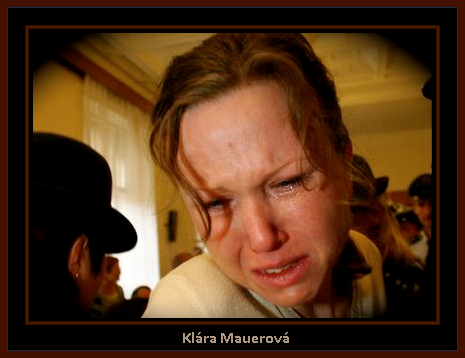