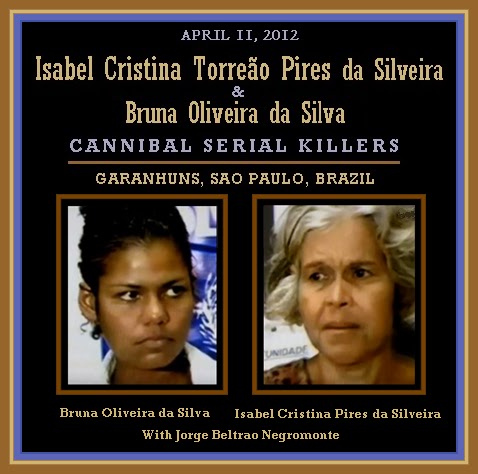 Three persons, a married couple and the husband’s live-in mistress, were arrested on murder charges on April 11, 2012 in Garanhuns, in Brazil’s northeastern state of Pernambuco. Police suspect Jorge Beltrao Negromonte da Silveira, 51, Isabel Cristina Pires da Silveira, 50, and Bruna Cristina Oliviera da Silveira, 25 of luring women to their home by offering a high-paying nanny job with the intention of murdering them. The scheme was uncovered when Isabel made a purchase with a credit card belonging to a woman who had disappeared the previous month.


Jose is the founder of a tiny cult dedicated to “the purification of the world and the reduction of its population.” He published a short book on his ideology, including crude illustrations of the dismemberment of women and a video with similar content. The victims were chosen based on numbers of their identity card "that included somewhere in the document the accursed number 666.”

Police found the remains of the two women in the backyard of the suspects’ house, Giselly Helena da Silveira, 31, who disappeared on February 25, 2012, and Alexandra Falcão da Silveira disappeared on March 12. Both women had been spotted with Negromonte and his companions near the home the three shared in the Jardim Petropolis neighborhood. Investigators suspect that a five-year-old girl found at the house may be the daughter of Jessica Camila da Silveira Pereira, a 17-year-old who disappeared in 2008 and may be a third victim in the case. 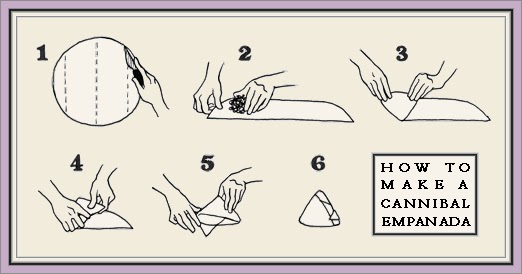 Bruna Cristina Oliviera da Silveira has for years been well known in the small city for the empanadas, meat-filled dry dumplings, she made and sold. In her confession she told the interviewing police officer that he himself had unwittingly bought some of her people-meat delicacies.

The day after the arrests, neighbors, learning of the crimes and the fact they had been sold cannibal empanadas, became enraged and burned the cannibal family’s house the ground.

Police suspect that the total number of victims may be as many as ten.

[UHoM, based on various news sources] 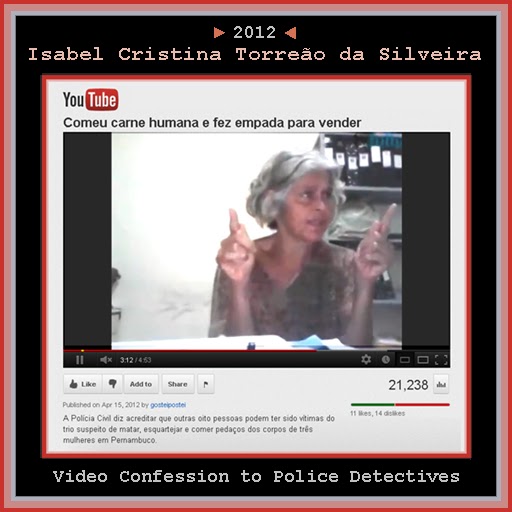 Isabel Cristina Torreão Pires da Silveira, 51, was known in Garanhuns, a rural area of Pernambuco, for the tasty snacks she sold in the streets. She was arrested on Wednesday and told the police she used human meat to stuff her pies.  In her statement to the State Police, recorded on videotape, she said she also sold the snacks in hospitals and police stations.


"I even sold one to you," she told one of the officers.

In one of the videos, she said she used just "a little" human meat. "I used just some bits, mostly in sauce."

EXCERPT: What left everyone flabbergasted was the fact that the trio - who perhaps are responsible for at least nine murders – had fed human flesh to a five-year-old girl, daughter, Jessica Camila (Caruaru), of one of the murder victims. The cannibal trio reported to the authorities that they used human remains, buttocks, thighs, calves and liver, for purification rituals. 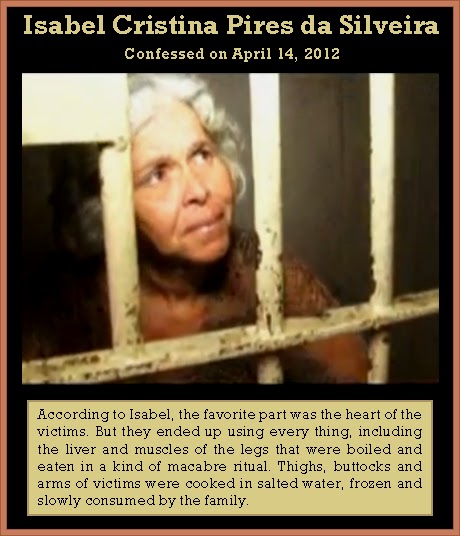 An indictment for the three alleged cannibal murderers was issued by a magistrate on June 13, 2014 and already contains the trial date: 20th of October this year, at 9 am. The indictment is for only for the first of a suspected ten murders. The defense of the defendants can still appeal the judge's decision.

According to the complaint of the prosecution of Pernambuco, the victim Jessica Camila da Silveira Pereira, then 17, was murdered by the accused in May 2008 in Olinda. The body of the teenager dismembered. The trio kept the meat for human consumption and hid the remains. After the crime, the defendants also began to create the victim's daughter. One of the accused, Bruna Cristina also assumed the identity of Jessica.

On November 14, 2014, the jury decided to convict the trio accused of cannibalism in Pernambuco, after two days of trial. Jorge Beltran, Isabel Pires and Bruna Silveira were convicted of “fourth degree aggravated murder (unjustifiable motive, use of cruel means, giving the victim no chance of escape or defense, concealment of corpses). Jorge Beltran will meet 21 years and 6 months imprisonment, plus 1 year and 6 months imprisonment. Isabel and Cristina Bruna Silveira were sentenced to 19 years imprisonment and 1 year imprisonment each. The sentence was read at 20hrs at night this Friday (14) by the judge of the 1st Circuit Court jury of Olinda, Second Maria Gomes de Lima, who chaired the session. 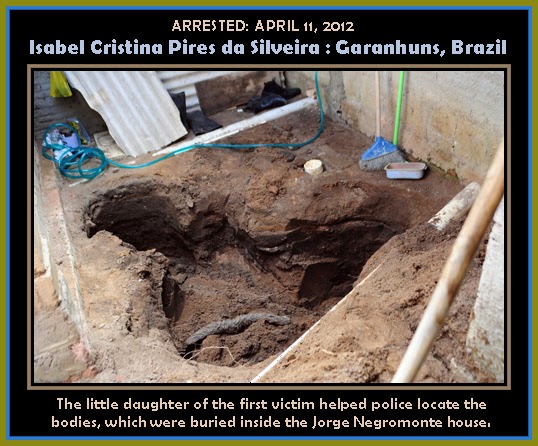 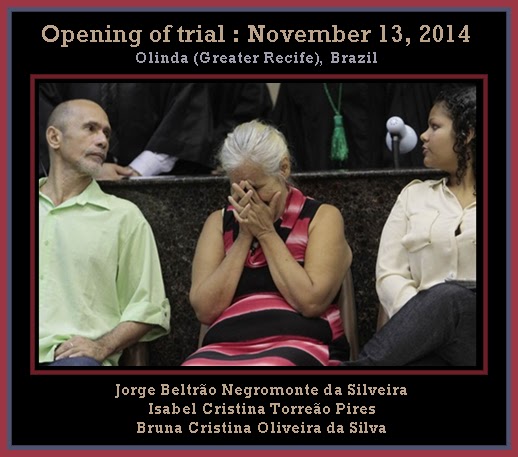 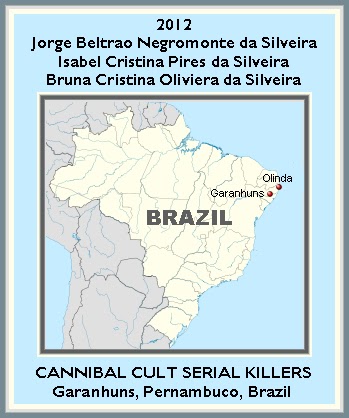 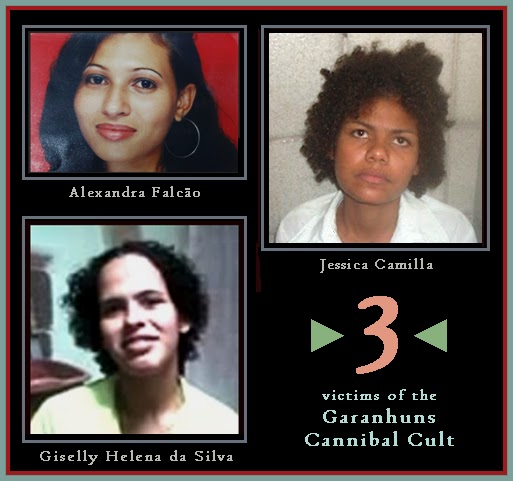 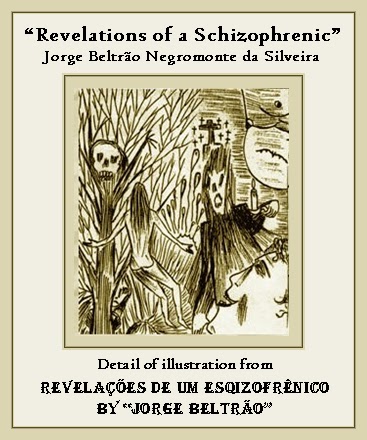 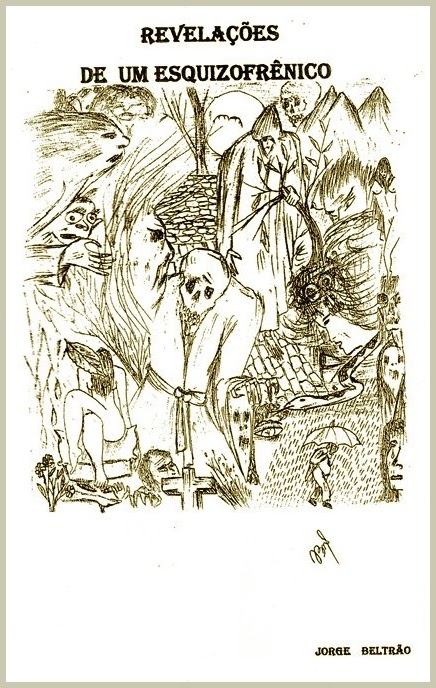