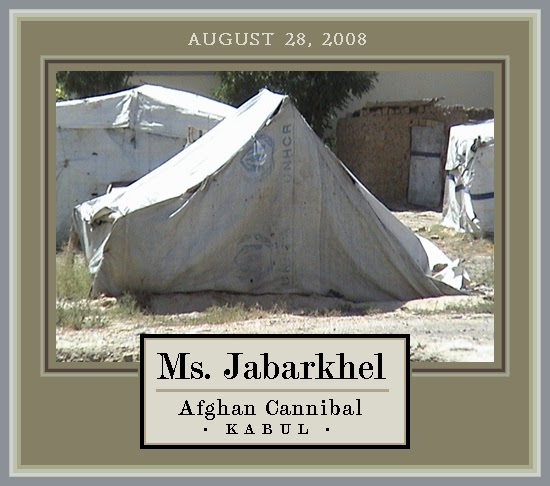 On August 28, 2008 in Kabul Afghanistan Ms. Jabarkhel, daughter of Hudkhel, aged about 40, was arrested for kidnapping from her home and biting to death an 8-year-old girl named Marwa. The child, who lived in the eighth precinct of Kabul had opened the gate of her home to give a handout to Jabarkhel. Gen Alishah Paktiawal, chief of the criminal investigation division of Kabul police told reporters that the woman took her victim to the tent in which she lives and proceeded to bite her until the child died. Ms. Jabarkhel had consumed one of her victim’s hands before being apprehended. No other details were offered. Police said they considered the murderess to be mentally ill and they had not yet determined whether she had killed any others. [UHoM]

[Source: Based on BBC translation of National Afghanistan TV, Kabul, in Dari and Pashto 1530 gmt 5 Sep 08]