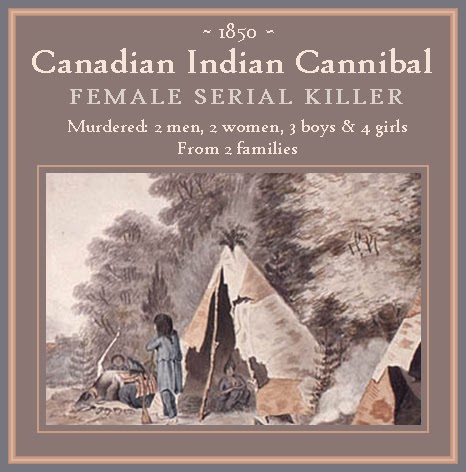 EXCERPT: Another missionary tells of the murder during the same year, by another Indian woman, of two entire families, with the exception of one young man. Her victims included two men, two women, three boys, and four girls, and she subsisted for some time upon their flesh. 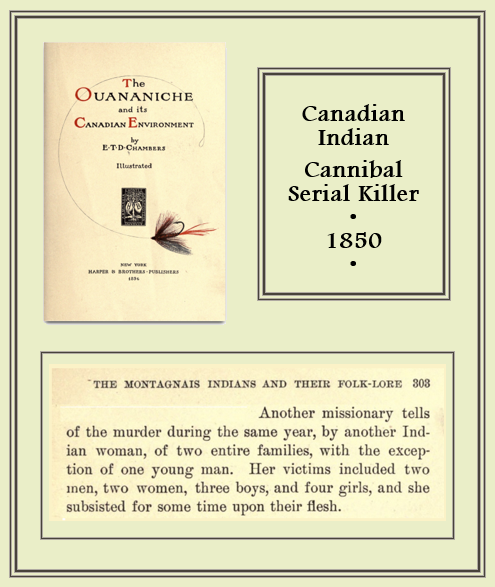 NOTE: This listing is tentative. More documentation is needed. It is not clear that the story does not relate a single event (rather than series of events, or two events).