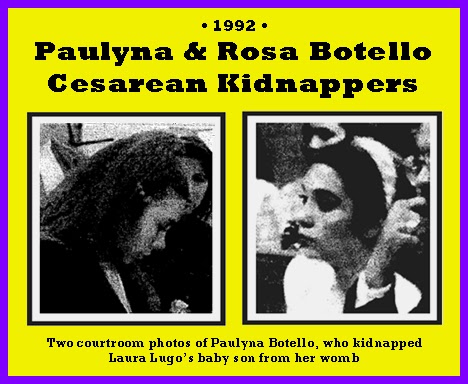 What if Women’s Studies courses used cases like this to try to convince students that Marxian feminism was justified in its claims of female moral superiority, female non-violence, and the benefits of sexual liberation? What follows is the saga of single mother Laura Lugo and her run-ins with several other unmarried, independent – and strong – women.

***
On September 1, 1992 Paulyna and Rosa Botello lured Laura Lugo, 8 ½ months pregnant, across the US/Mexican border to a clinic in Matamoros for what she believed was going to be a routine prenatal exam. All three women were US citizens. Lugo described how once she arrived at the Mexican clinic the doctors sedated her and delivered the baby by Caesarean section against her will. When she awoke she was told that Rosa Botello had taken the baby.

Rosa Botello had befriended her while she was pregnant, steadily trying to persuade her to give the child up for adoption after a sonogram revealed it was a boy. “I said, ‘No. Don’t even think about it.’ I knew that I wanted the baby even more after I found out it was a boy,” said Lugo, who already had three daughters.

The bizarre Lugo case was reported throughout the US, but newspapers made no mention of the baby boy’s father.

Paulyna Botello’s lawyer in her first trial claimed Lugo had volunteered to give up the child due to her financial problems. The story was not believed by the jury. So in later court proceedings to wily Paulyna changed her story and claimed that she herself was the mother of the contested baby. 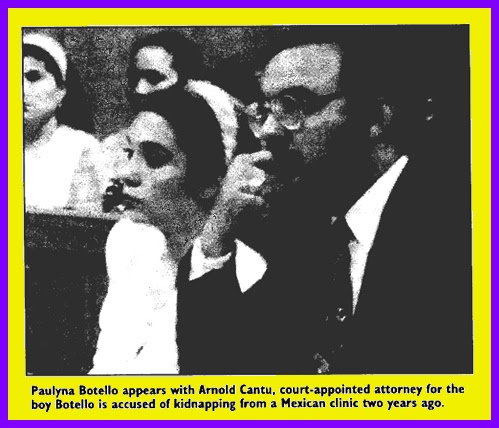 It would take over a year for Laura to get her son back from the kidnappers. Paulyna Botello was arrested on October 24, 1992 in Mexico on a child-trafficking charge, but the boy was put in the custody of Botello’s relatives. Her sister in crime, Rosa eluded capture. Paulyna was tried for the crime and on February 2, 1993 she was sentenced to three years in prison in Mexico. Laura was still waiting to have her baby boy returned to her. But six weeks later on March 25, 1993 the conviction was overturned based on trial errors and the kidnapper was freed on bond and she fled to the US to avoid retrial.

US officials were willing to arrest the fugitive based on a Mexican extradition warrant, so on June 30, 1994, FBI agents in McAllen, Texas, arrested Paulyna Botello for a second trial. The boy, who Paulyna Botello claims is her natural child, was placed in foster care in Texas. Up to this point Lugo has seen her son in only three brief visits since he was born. 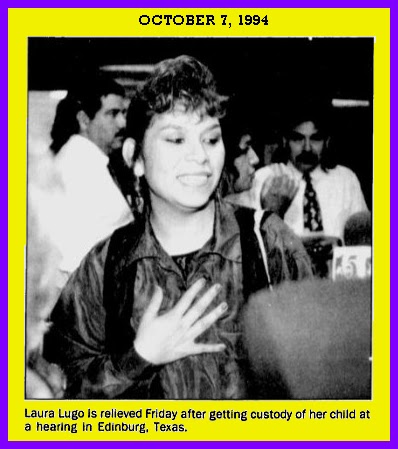 In a Texas court it was proven by DNA tests that the contested child was indeed Lugo’s, so on October 7, 1994, mother and child were finally reunited. Paulyna Botello is deported to Mexico. October 28, 1994. She would not be convicted until June 14 of the following year when she was given a sentence of three years in prison but was allowed the equivalent of a suspended sentence. Before this however, Laura Lugo’s story had taken another dramatic turn.

On December 21, 1993, just eleven weeks after her reunion with her kidnapped boy, Laura had disappeared. On June 4, 1995 unidentified bones were discovered in Brownsville. Police submitted the bones for testing to determine whether they are Ms. Lugo’s remains. On September 29, 1995 police reported that first test results on unidentified skeleton are inconclusive. The bones were submitted for further tests.

Investigation of Lugo’s habits and movements led to the discovery of a “love triangle.” The police had their suspect.

On September 10, 1999 Janet Ramirez was sentenced to 20 years in prison for the murder of Lugo. Ramizerez, unmarried, who was having an affair with a married man named Randall Ledbetter, with whom Razmirez had a child and Lugo was likewise having an affair with him. Her vengeance against her competitor for Ledbetter’s extramarital attentions manifested itself as she posed as Lugo and made threatening calls to Ledbetter's wife. After she was apprehended on suspicion of murdering Lugo, Ramirez claimed that Ledbetter wanted Lugo dead because of the harassing calls and that he hired Roberto Briseno to kill her. The jury did not believe her story and acquitted Ledbetter and Briseno. Razmirez arranged a plea bargain and was sentence to 20 years in prison.[Text by UHoM] 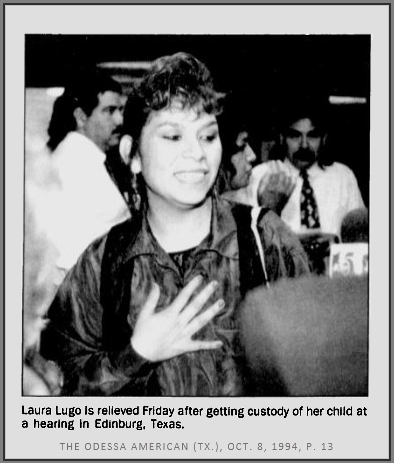 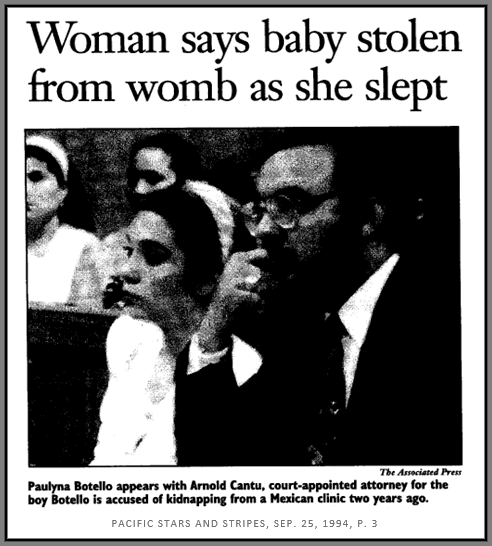 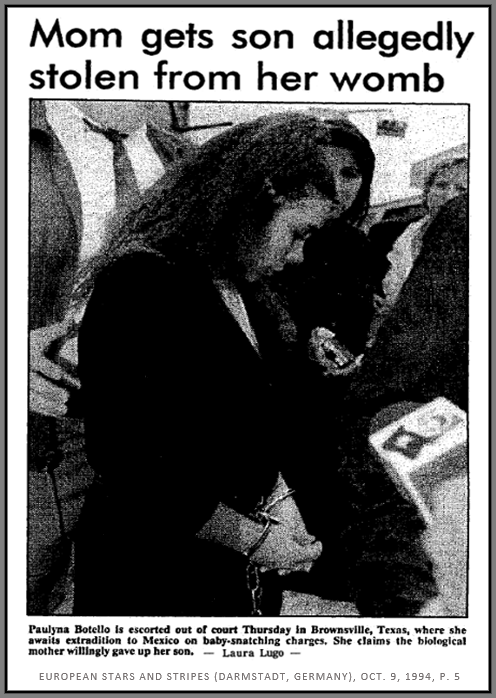