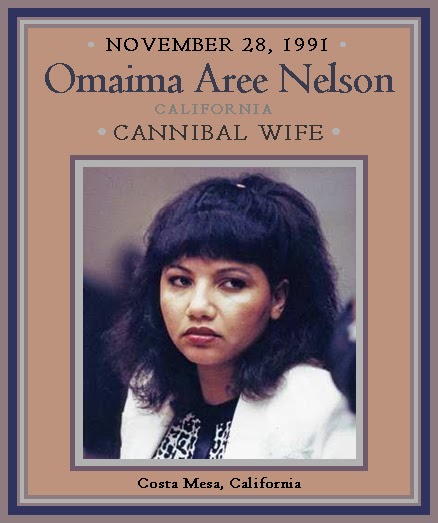 “Nothing tastes as good as the man I married. It’s the sauce that does it.” – Omaima Aree Nelson

Based on Wikipedia: Omaima Aree Nelson is an Egyptian-born nanny and model who was convicted of murdering her husband, Bill Nelson. She is serving a life sentence at the Central California Women’s Facility in Chowchilla, California. Her case made international headlines due to allegations of bondage sex, decapitation, castration, and cannibalism.

Omaima Aree Nelson was born and raised in Egypt, and immigrated to the United States in 1986. She, then 23, met her husband Bill Nelson, a 56 year-old pilot, in October 1991; the couple married within days of meeting. Omaima would later claim that during the couple’s month-long union, she suffered sexual abuse by her husband.

On Thanksgiving Day 1991 (November 28), as Omaima claimed after her apprehension, that Bill had sexually assaulted her in their Costa Mesa, California apartment. Following this, as Omaima explained, she stabbed Bill with scissors, then began beating him with a clothes iron. After he was dead, she began dismembering his body, and allegedly cooked his head and boiling his hands to remove his fingerprints. She then mixed up his body parts with leftover Thanksgiving turkey and disposed of the mixture in a trash can. She reportedly castrated him in revenge for what she described as sexual assaults.

Bill Nelson's head was decapitated and cooked. His severed hands were fried in cooking oil. 80 pounds of him were never recovered.

Omaima was arrested on a suspicion of murder charge in December 2, 1991, and her trial began almost exactly one year later on December 1, 1992. She was convicted of second-degree murder on January 12, 1993. She was sentenced to 28 years to life in prison.

Deputy Disttrict Attorney Randolph J. Pawloski told jurors Nelson was a "predator" who planned to flee the area with his car, cash and credit cards after the grisly slaying. During the investigation, it was revealed that Nelson tied up and demanded money at gun point from Robert Hannson of Huntington Beach in November 1990. Pawloski argued this was part of a pattern of Omaima using her looks to seduce men and then turning violent once alone with them to get what she really wanted. This culminated in her shackling her husband to a bed during what he believed to be sex-play. Instead, she murdered him with a pair of scissors and an iron and then began dismembering him.

Neighbors said it seemed as if the garbage disposal in the Nelson unit ran non-stop for two days.

The psychiatrist testified at trial [that] in his over 20 years of experience Mrs. Nelsons mental state was the most psychotic he had ever seen.

Omaima first became eligible for parole in 2006, but was denied when “commissioners found her unpredictable and a serious threat to public safety.” She became eligible again in 2011, but was denied by the parole board again, citing that she had not taken responsibility for the murder, and would not be a productive citizen if she were freed.

The parole Board cited reports that while in prison she “continuously engaged in the habit of having relationships, including conjugal visits, with older men while incarcerated for financial gain.”

She will not be able to seek parole again until 2026.

Omaima Nelson has been compared to fictional serial killer and cannibal Hannibal Lecter, from Silence of the Lambs. Her case has been televised on the Investigation Discovery programs Happily Never After and Deadly Women.

***
An excellent long article on the case was published in 2011 by OC Weekly, Omaima Aree Nelson and the Prosecutor Trying to Keep the Model-Cannibal in Prison--"I Did His Ribs Just Like in a Restaurant" 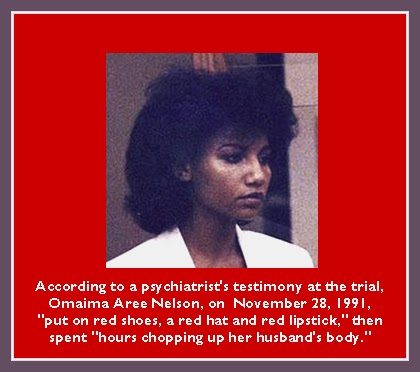 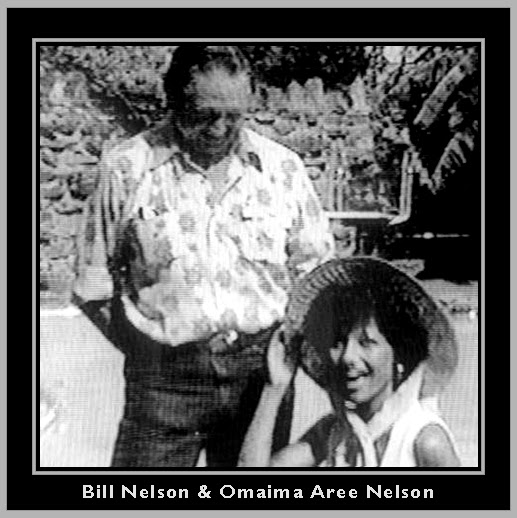