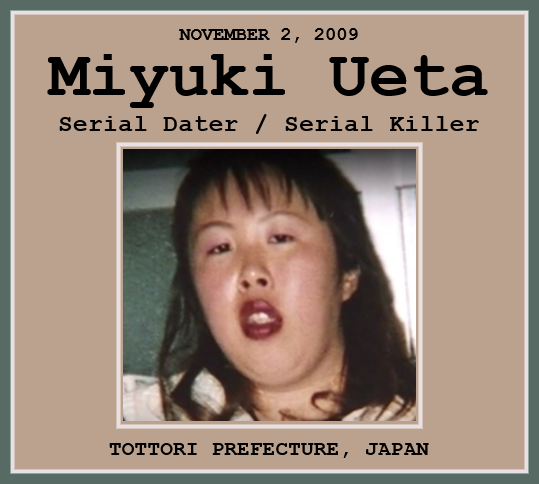 On Dec. 4, 2012 Miyuki Ueta, a 38-year-old bar hostess in Japan, was convicted for the murders of two men she had “dated.” The court sentenced her to death.

Originally, the charge she was arrested for on November 2, 2009 was not homicide. She was taken into custody for having defrauded a woman out of 1.26 million yen by falsely claiming that the victim’s son had been lent money. Her 46-year-old male roommate was also taken into custody for swindling a tractor dealer. Separate fraud charges were added against the pair on November 20.

As the investigations proceeded it became clear that the men whom she had been dating, including one who had to wed her, had been dropping like flies soon after making her acquaintance. Insurance policies had been taken out on some of the dead. Police attempted to build murder cases around at least three of the six deceased, and two of these ended up being prosecuted. Miyuki Ueta denied involvement in the deaths of the two men she was tried for killing: trucker Kazumi Yabe, 47, and electronics store owner Hideki Maruyama, 57.

In the trial presided over by Takushi Noguchi, Ueta was found guilty of drowning Yabe in the sea in April 2009 and Maruyama in a river in October the same year, both in Tottori Prefecture, by drugging them first with sleeping pills. Ueta, who was also charged with 16 other crimes, including fraud and theft, owed Yabe ¥2.7 million ($26,000 US) and Maruyama around ¥1.23 million ($12,000 US), for the purchase of electrical appliances, according to the court. Judge Noguchi said "capital punishment is unavoidable" for the perpetrator of such heinous crimes.

Her lawyers filed an appeal and on Mar. 20, 2014 her death sentence upheld by the appelate court. 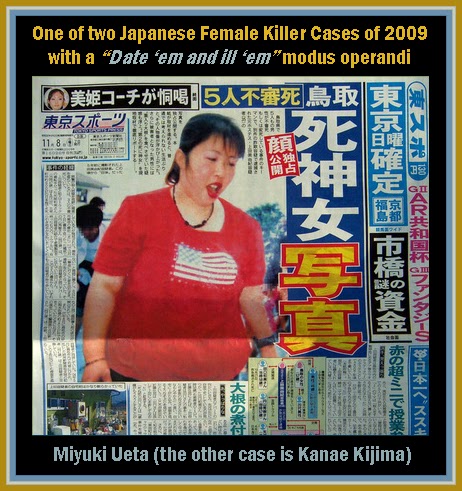 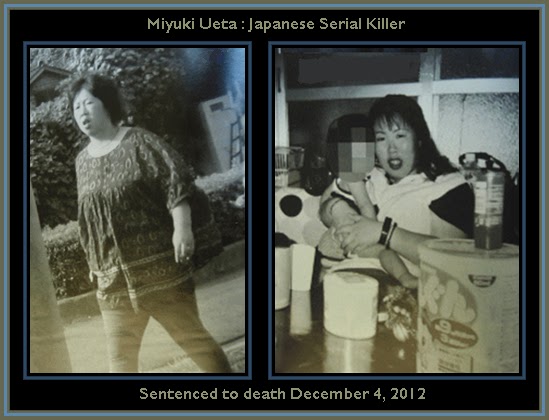 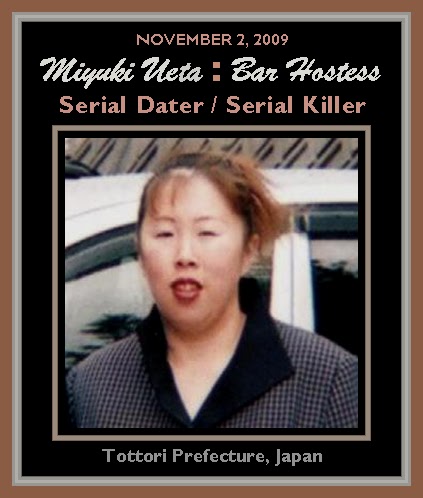 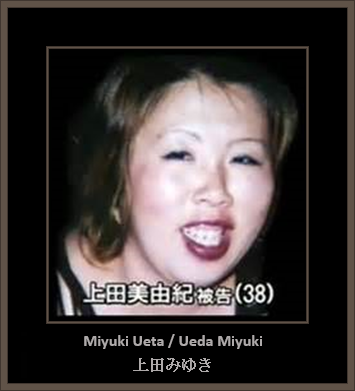 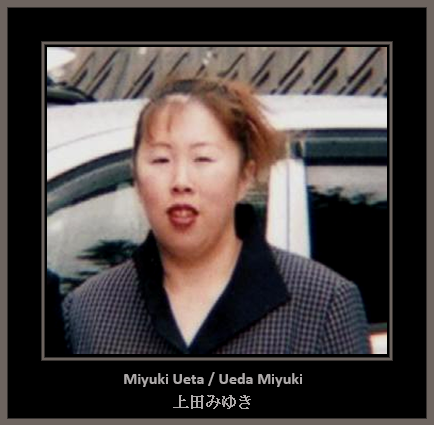 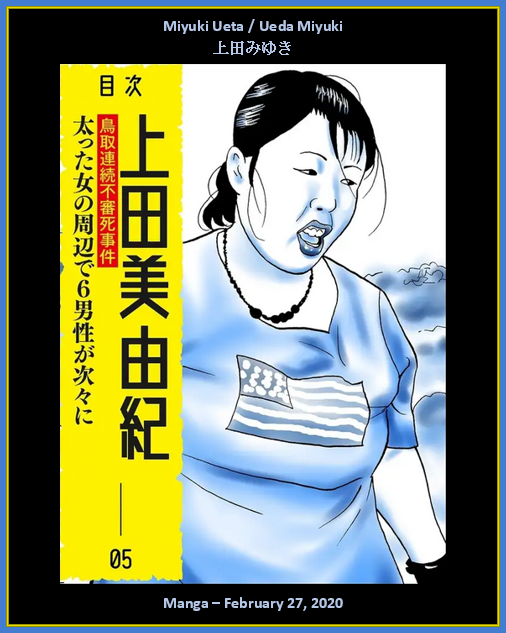 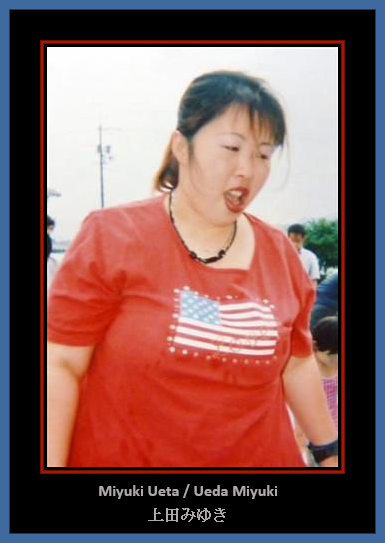 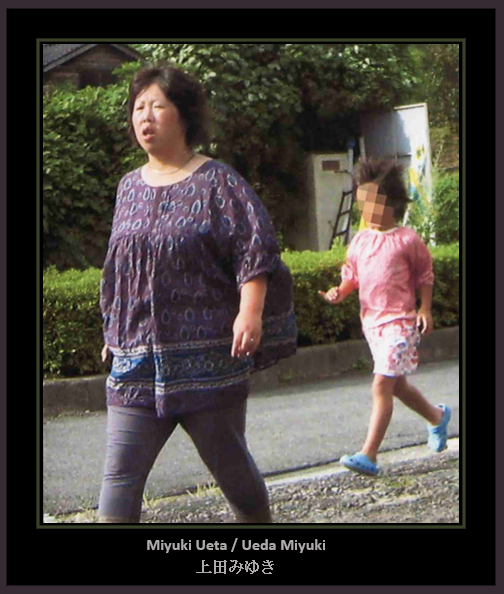