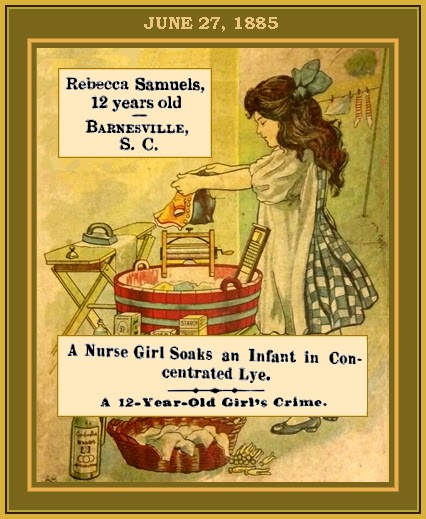 FULL TEXT: Barnesville, S. C., June 27. – Rebecca Samuels, 12 years old, has been convicted of the murder of Lucy Graham, a six weeks’ old infant that she was nursing. She soaked the child in a pot of concentrated lye. The only cause for the crime is that the prisoner killed the child to escape daily nursing it. This is the second crime of the same kind she has committed within the past two years. She appeared to be totally unconscious of what was going on during the trial, and twice went to sleep in the dock with her head resting in her hands. She has an innocent face, and is not apparently in the slightest degree affected by the result of her trial. She has not been sentenced. 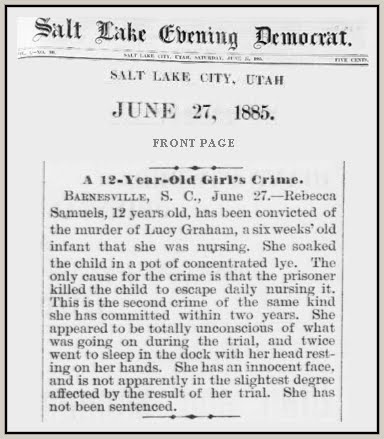