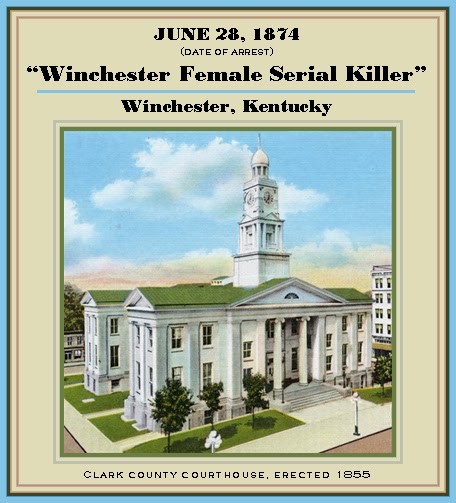 Note: So far, the following brief report – which was reprinted in many newspapers – is all that has been found on this case. It is not clear whether the presumed murders took place in two, there, or more separate occasions.

FULL TEXT: Cincinnati, July 1. – A negro woman was arrested at Winchester, Kentucky, on Sunday [June 28], for poisoning three children belonging to Mr. Easton who lives near that place. Two of the children have died. The girl said she had nothing against the family, and poisoned the children because she wanted to. The two white girls who died suddenly a year ago in a family in Clark County, where this negress was working, are now supposed to have been poisoned by her.