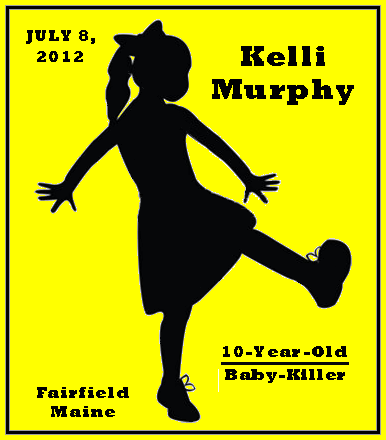 On July 8, 2012, 3-month-old Brooklyn Foss-Greenaway became the victim of a homicide. Autopsy showed the baby had been suffocated and that traces of a drug prescribed to those thought to have ADHD was found in her system. The same drug was being used by 10-year-old Kelli Murphy.

That night Kelli’s mother Amanda Huard telephoned for emergency medical help, reporting that the baby they were looking after was not breathing.

It was not the first time such an “emergency” occurred in the household. “Housemates of Huard said that months before Brooklyn’s death, they had rushed a different baby [Jaylynn Tenney] to the hospital, where doctors treated her for a reaction to that same medication. That baby recovered, and the incident led to the involvement of the Department of Health and Human Services, but no criminal charges.”

On May 21, 2014, Kelli Murphy accepted a plea deal in which she admitted “involvement” in her victim’s death and "accepted responsibility." The Portland Press-Herald reported that “the deal dropped the manslaughter charge against Murphy in exchange for an admission of guilt to multiple unspecified misdemeanor charges.” 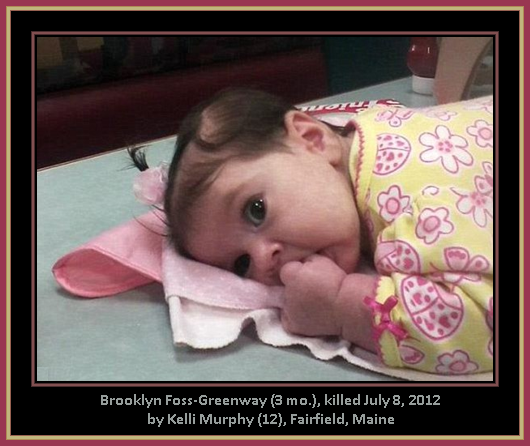 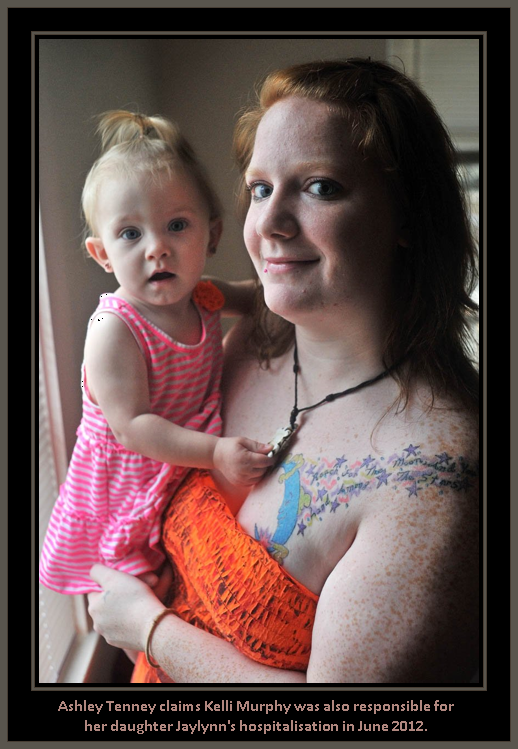