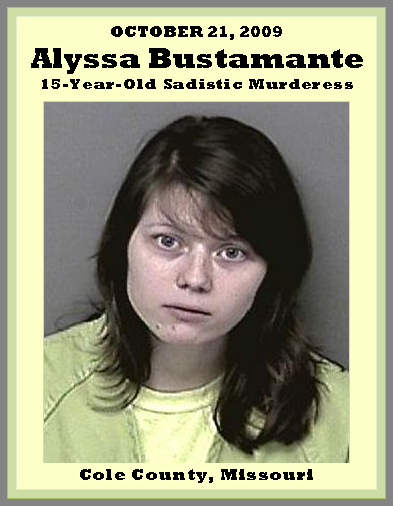 In Cole County, Missouri on October 21, 2009 15-year-old Alyssa Bustamante strangled, slashed the throat and wrists of and stabbed 9-year-old Elizabeth Olten, killing her.

Bustamante kept a diary in which she wrote:

‘I just f***ing killed someone. I strangled them and slit their throat and stabbed them now they’re dead. I don’t know how to feel atm [at the moment]. It was ahmazing. As soon as you get over the "ohmygawd I can’t do this" feeling, it’s pretty enjoyable. I’m kinda nervous and shaky though right now. Kay, I gotta go to church now...lol.’

She had dug two graves four days before the murder of Elizabeth Olten. Antonia Monacelli reports that “Police have speculated that the reason that Alyssa had dug not one, but two graves, was because she had planned to murder her two younger brothers, but had instead grabbed the opportunity to kill Elizabeth when it presented itself.”

After her arrest it was discovered that she had used social media to create a chilling overtly sadistic online persona. Her YouTube account listed her hobbies as "killing people" and "cutting." One video she created includes one where she urges her brothers to touch an electrified cattle fence, after doing so herself. Alyssa’s commentary tells her audience about the moment: “this is where it gets good; this is where my brothers get hurt.”

On January 10, 2012 Alyssa Bustamante pleaded guilty to second degree murder and armed criminal action, She was sentenced to life with the possibility of parole on February 8, 2012. 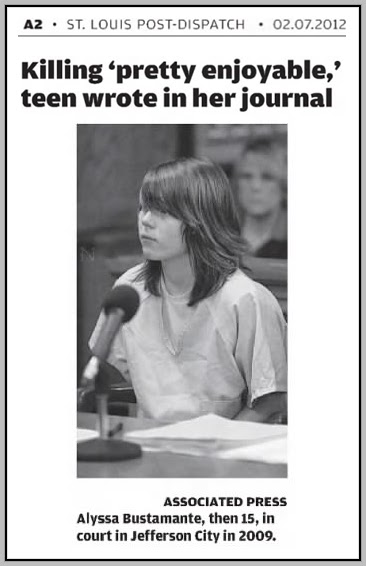 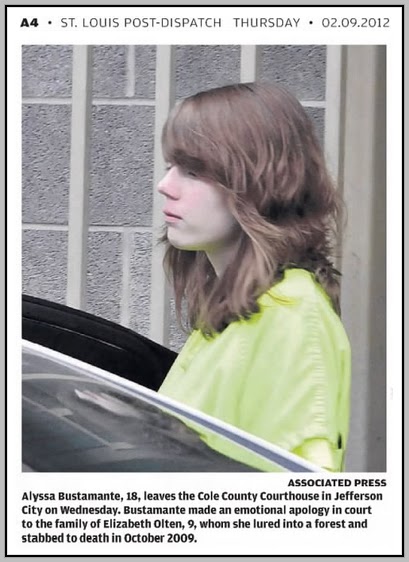 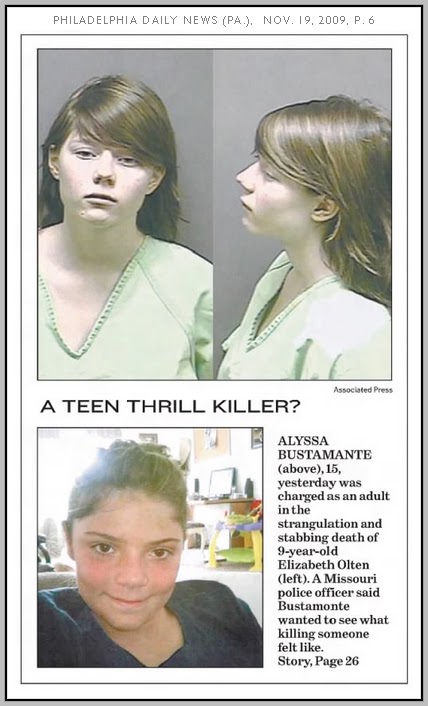 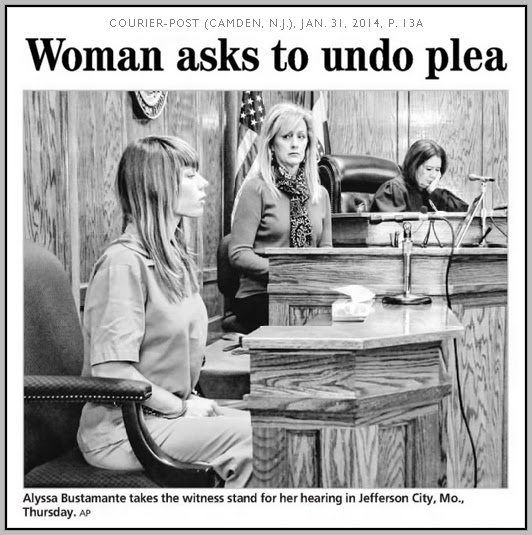