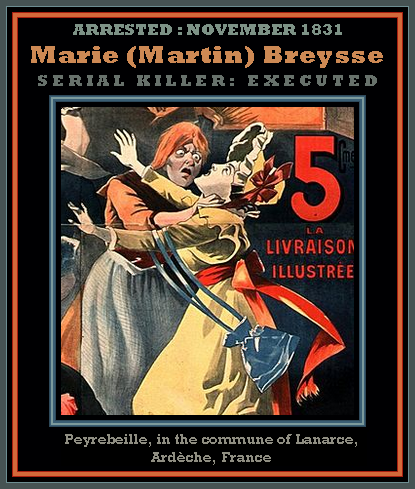 It must be noted that there have been challenges to the guilt of the parties made by scholars in recent years.

Wikipedia EXCERPTS: L’auberge rouge (The Red Inn) is an inn, originally named L’Auberge de Peyrebeille (“the Inn of Peyrebeille”), in the commune of Lanarce in Ardèche, bordering Issanlas and Lavillatte. In the 19th century, it was the site of a notorious French criminal scandal known as “the Red Inn affair.”

The owners of the inn, Pierre and Marie [née Breysse] Martin, and their employee Jean Rochette were arrested in 1831 after a customer, Jean-Antoine Enjolras, was found dead by a nearby river, his skull smashed in. They were later charged with his murder. During the subsequent trial, numerous witnesses testified to other crimes committed by the accused, including up to fifty murders at the inn, and to aggravating circumstances of rape and cannibalism. There were rumors that the owners used to serve their intended victims meals containing cooked body parts of previous victims.

The accused were only convicted of the murder of Enjolras, and were sentenced to death. They were executed by guillotine in front of the inn, with a crowd of 30,000 on-lookers.

On June 18, 1833, the trial of the “four monsters” began at the court of Ardeche in Privas. The accused were linked to the death of Enjolas by the testimony of Claude Pagès, who said that Pierre Martin, Rochette, and a stranger had used a cart to move the body from the inn to the river. A local beggar, Laurent Chaz, testified in “patois”; his testimony, as translated into French, was that on the night in question - unable to pay for a bed - he had been thrown out of the inn. He had hidden in a shed only to find himself witnessing the murder of a solitary traveller, Enjolras.

More than 100 other witnesses were called to testify at the trial, mainly indirect witnesses relaying rumors of the time. The Code Napoleon permitted hearsay evidence to a much greater extent than Anglo-Saxon common law, but even so much of the evidence given was clearly inadmissible. Claims included:

• The landlady would use the best bits of the corpses to make pâtés and stews for customers to eat
• Certain farmers had seen human hands simmering in the cooking pot
• Others reported having seen bed sheets or walls stained with blood
• Others recounted that sickening smoke frequently came from the chimneys
• The innkeepers would burn the corpses of their victims, including children, in the bread oven or pretend they were found dead from cold on the snow of the plateau

On June 29, after a hearing lasting 7 days, Andre Martin was acquitted; Pierre Martin, Marie Martin and Rochette were found guilty of only one murder, that of Enjolras, and were sentenced to death. After the rejection of their appeal, and of a plea for clemency to King Louis Philippe, they were returned to the scene of their crime in order to be guillotined in front of their inn by the executioner Pierre Roch and his nephew Nicolas.

The execution took place on October 2, 1833, at noon as the bell of Lavillatte rang the angelus. When Rochette was about to be executed, he cried, “Cursed masters, what have you not made me do!”

These last words of the accused raised suspicion as to the true nature of the innkeepers. It was said that a crowd of approximately 30,000 attended the execution. Paul d’Albigny reports in his book about the Red Inn that, on the day of the execution, a ball was organized in front of the premises.

Some historians think that the culpability of the Martins in the “assassination” of Enjolras is far from being proven, arguing that the latter simply died of a heart attack after having too much to drink, and that this would explain why Marie Martin tried to make him drink herbal tea.

Location of crimes: Peyrebeille, in the commune of Lanarce, Ardèche, France.

Oct. 12, 1831 – a local horse-dealer, Antoine (Jean-Antoine) Enjolras (or Anjolras), went missing.
Oct. 25, 1831 – Étienne Filiat-Duclaux, magistrate arrived at the Martins’ to investigate.
Oct. 26, 1831 – Enjolras’ body found on the banks of the Allier River a few kilometres from the inn, his skull smashed and his knee crushed.
Nov. 1, 1831 – arrest of Pierre Martin and his nephew André Martin.
Nov. 1831 – Marie arrested several days after “Marie Martin was not arrested until later because the authorities did not believe at first that a woman could be a murderer.” (Wikipedia).
Jun. 18, 1833 – trial of 4 defendants began at the court of Ardeche in Privas.
June 29, 1883 – trial ends.
Oct. 22, 1833 – 3 guilty parties (including Marie) executed by guillotine in front of their inn at Peyrebeille. 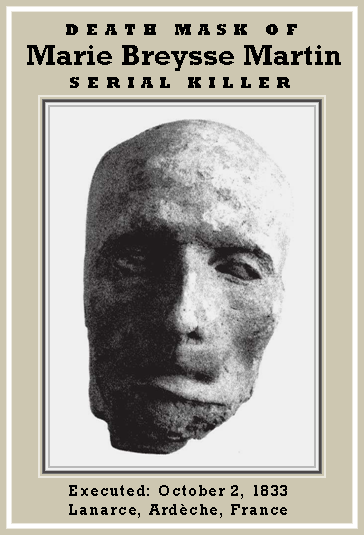 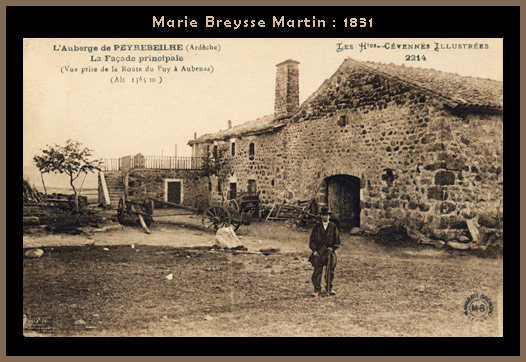 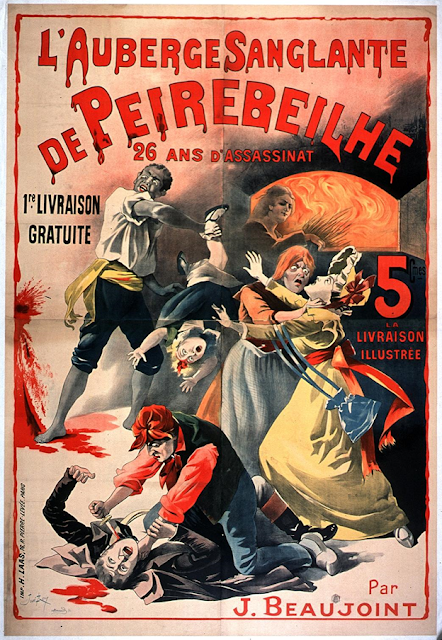 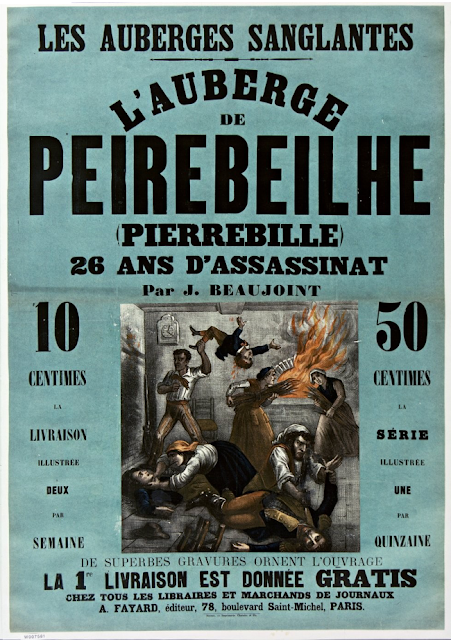 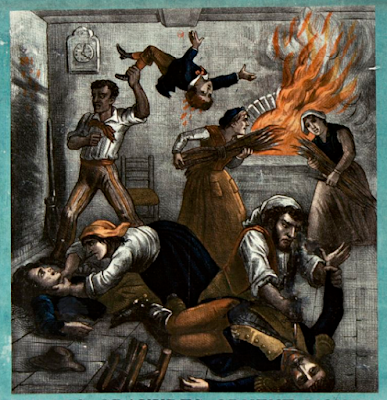 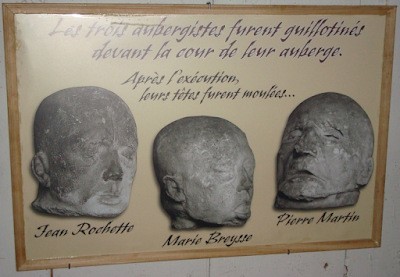