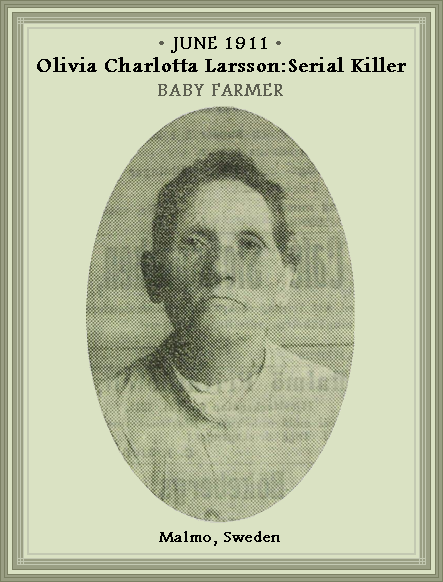 Note: This case involves only one death, but the circumstances make it clear that the intention was to allow other children to expire from starvation and general neglect, thus the case needs to be studied in the context of other baby farmer serial killer cases.

In June 1911, Olivia Charlotta Larsson and Johan Elis Andersson, a married couple who operated a “baby farm” in Malmo, were found to have criminally neglected to care after several foster children, and thereby contributed to at least one child's death. They collected money to take foster children and were known to have taken at least four children. The money given the couple to cover the costs of food and other necessities was instead used by them to purchase a business, a bakery. They had arrived in the city in 1908, had relocated frequently and their bakery scheme was short lived, shutting down in 1910.

After seeking to make arrangements with a curate, Hagbard Isberg, to bury a child named Elisabet. Suspicious about the death the curate arranged to visit the couple. A faint whimper alerted him leading to his discovery of two baby boys behind a locked door of a dustbin. There, in the dark and cold, amongst urine soaked rags and with feces and other filth all around were found two trembling babies. They were near death and were suffering from severe rickets. Each appeared to be only 6 months old but were later discovered to be about 18 months of age.

Two other children, aged four and two years (Sonja and Nils), and apparently the couple’s own, were in slightly better condition. No wholesome food is available in the apartment, just a filthy vessel containing sour milk, moldy crusts of bread and some pork rind.

The boys were rushed to  the children’s hospital on Rönneholmsvägen where they were put in the care of pediatrician Johan Cronquists, and after a year of treatment, released. They were given the names Carl Erik and Gote Bernhard at their baptism.

The couple could not be convicted of deliberately allowing the death of Elisabet, but were convicted of abuse and neglect with respect to the two boys and were sentenced to five years in prison.

A ballad was written about the case, published in 1911. 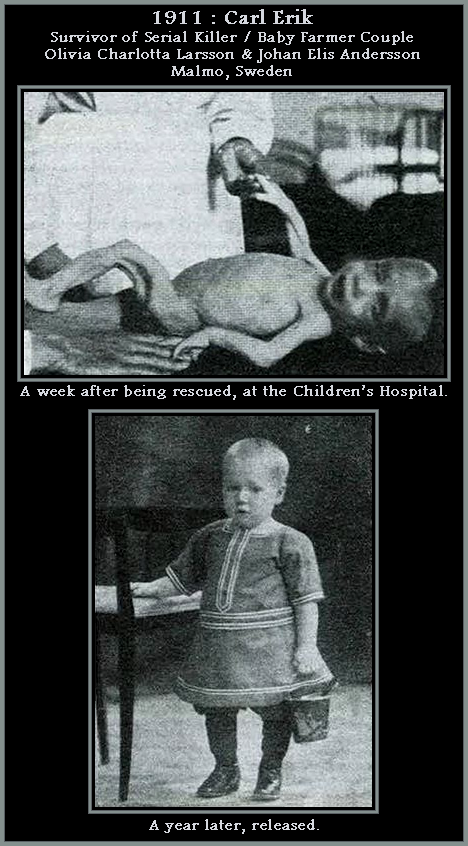 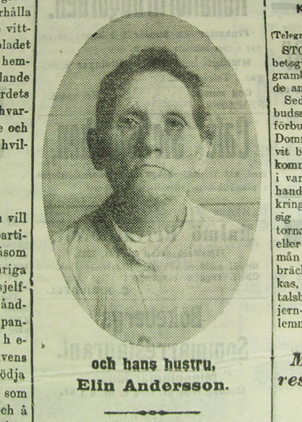 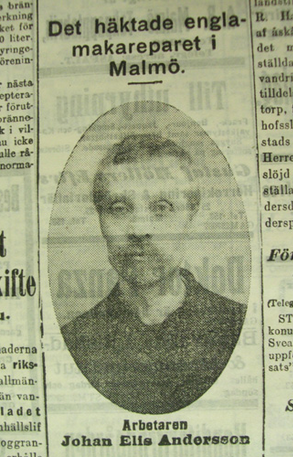 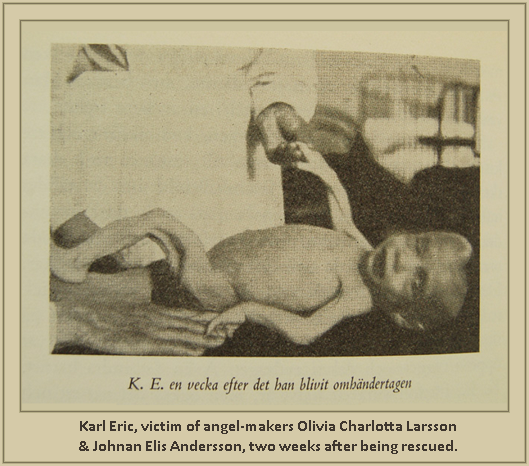 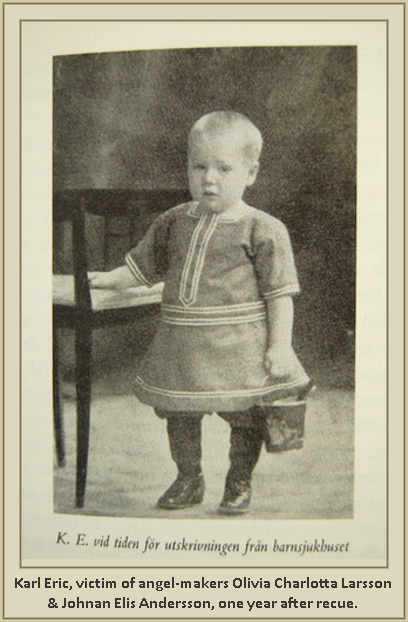