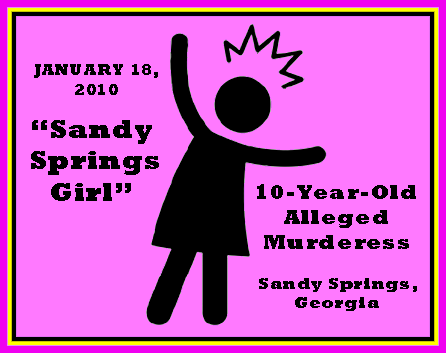 Most sources reported that the girl from Sandy Springs, Georgia accused of beating 2-year-old Zyda White to death while babysitting on January 18, 2010 as ten years old, but she was in fact only ten. Kiyoda Bell, the killer’s mother had left the children alone in her apartment.

The unnamed little killer was charged felony murder and cruelty to children. The victim’s mother, Ashlea Collier, had left her baby in the care of her co-worker Kiyosha Bell, mother of the 10-year-old. When later Collier came to pick up her Zyda she was unconscious and alone with the 10-year-old. The 2-year-old was rushed to the hospital where she was pronounced dead. Police were told a story by the 10-year-old that they regarded as implausible in light of the blunt force injuries that led to the death of Zyda.