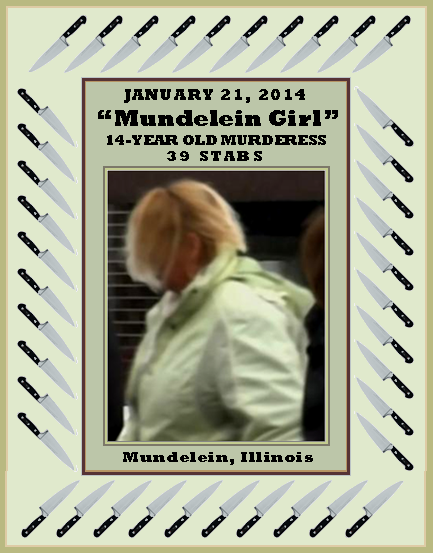 Because she “felt” her sister “didn’t appreciate her,” is the reason that, on January 21, 2014, an unnamed 14-year-old grabbed a kitchen knife and murdered Dora Betancourt, her 11-year-old half sister, stabbing the child viciously, leaving her a blood-soaked corpse riddled with 39 puncture wounds. Such is the absurd pathological mindset that we see in the age of institutionalized self-esteem indoctrination that a statement like that could make sense to the speaker. The crime took place in Mundelein, Illinois.

It was a clearly premeditated murder. The perpetrator woke up early in preparation for the planned execution.

On March 4, 2015 the 14-year-old murderess pleaded guilty and was sentenced to six years in prison.