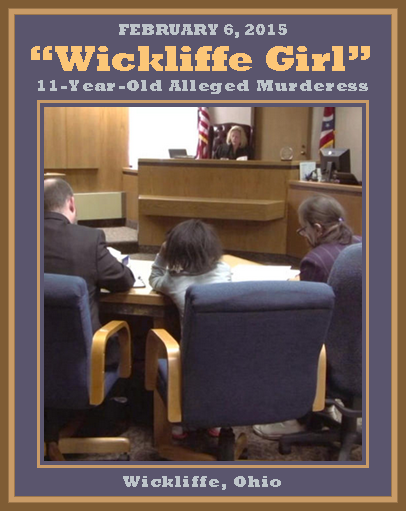 On February 6, 2015 An unnamed 11-year-old Wickliffe, Ohio allegedly beat to death a 2-month-old Zuri Whitehead while the accused perpetrator’s 39-year-old mother was babysitting. The mother of the attacker was sleeping downstairs. The 11-year-old reportedly showed no remorse over the baby’s death.

The crime occurred after the woman fell asleep on a couch in the house basement. Her 11-year-old daughter removed the baby, carried her upstairs and, according to police,  “repeatedly struck her head and upper body.” Afterwards, the girl took the bleeding victim to the basement and told her mother “something was wrong” with the child.

The mother telephoned 911 and paramedics stabilized the little girl before she was delivered by helicopter to Rainbow Babies and Children’s Hospital. The child, having sustained “massive brain injuries,” “internal bleeding,” and severe injuries to the spleen, liver and kidney.